UK music industry body the BPI has published its annual figures for British labels’ trade income – the money that labels actually earn, rather than the ‘retail value’ of consumer spending on music that was reported by fellow body ERA earlier this year.

Within that, labels’ income from streaming subscriptions grew by 21.7% to £568.8m in 2019. In its announcement of the figures, the BPI cited data from global body the IFPI and consultancy firm Media Research to suggest that by mid-2019 there were 19.6 million music subscribers in the UK. 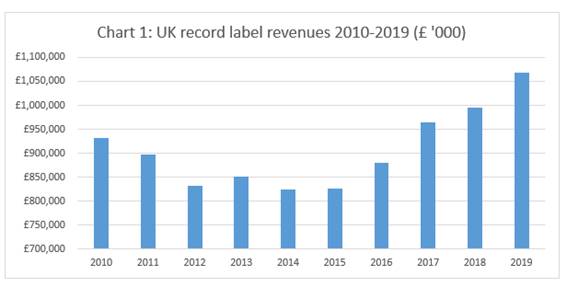 “Video streaming services failed to close the ‘Value Gap’ in 2019, generating only just over half the income produced by vinyl records,” as its announcement put it, adding in a footnote that in the BPI’s opinion this issue is “the biggest threat to the future sustainability of the music industry”.

As usual, a comparison between the BPI’s trade income figures and ERA’s retail stats is useful. According to ERA, British consumers spent just over £1bn on subscription streaming in 2019 – a 23.5% rise. That means labels’ share of that spending was 56.7%. 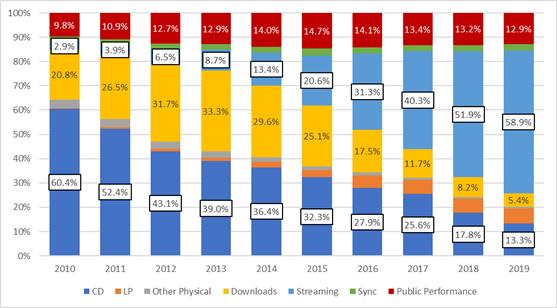 The streaming income deceleration is a topic we’ll return to – the UK is matching the trend in the world’s biggest music market, the US, where streaming subscription income grew by 63.2% in 2017, 32% in 2018 then 25.2% in 2019 – but the BPI is understandably focusing on the positive picture. Last year, UK labels’ trade income was at its highest level since 2006.