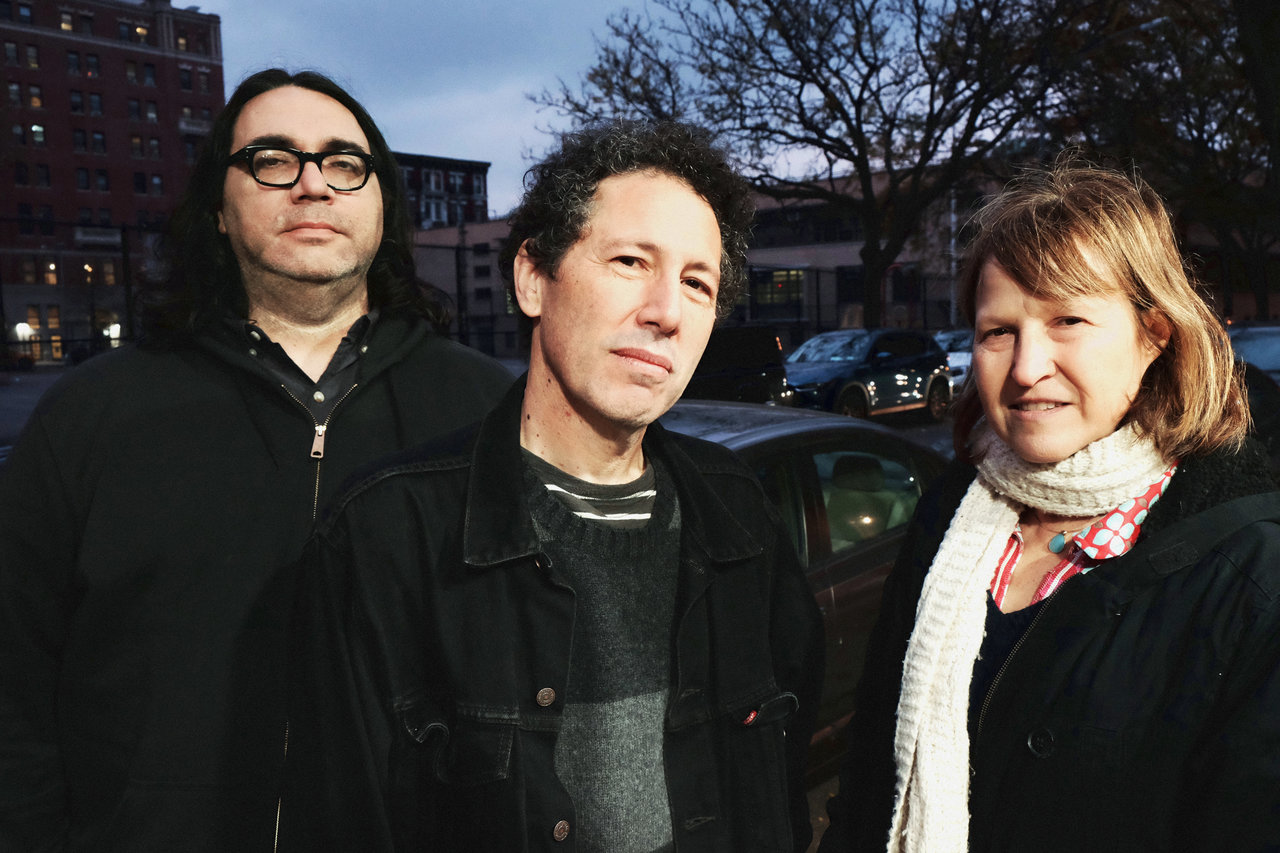 In the video for their 1997 single “Sugarcube,” Hoboken, NJ indie-rock heroes Yo La Tengo are seen getting berated by a music-industry bigwig for their indifferent, lackadaisical attitude toward pursuing pop stardom. The scene is obviously meant for laughs—the cast is populated by players from the classic HBO sketch-comedy series Mr. Show—but when you see the trio squirm uncomfortably in the boardroom, there’s good reason to believe they’re not acting.

Since first forming the band in 1984, the husband-and-wife team of guitarist Ira Kaplan and drummer Georgia Hubley have opted to nurture Yo La Tengo’s signature fusion of dreamy pop, blazing noise, and genre-fluid experimentation comfortably outside the glare of the mainstream spotlight. (Following a revolving-door procession of bass players, James McNew became their permanent third member in 1992—around the same time the band signed to Matador Records, their home to this day.) And while they’ve since become a venerable indie institution that can headline theaters and play major festivals all over the world, Yo La Tengo have spent most of their nearly four-decade existence as a self-managed entity—a rarity among groups operating at their level.

We wanted to know more about how the band has balanced the tasks of creating music and crunching numbers. When we connected with Kaplan, he was still in recovery from Yo La Tengo’s Hanukkah concert series, which took over New York’s Bowery Ballroom in December 2019 for another eight crazy nights of celebrity cameos, all-star jams, and covers-heavy setlists. The (quasi-)annual event presents the sort of logistical challenge that would keep most bands’ management team busy for months in preparation. But Yo La Tengo’s willingness to spend some extra time doing administrative grunt work and accept a little chaos in their lives has enabled them to handle the logistics unassisted.

Here, Kaplan explains why Yo La Tengo's goals and skills lend themselves well to self-management.

Spotify for Artists: Was the decision to go without a manager rooted in a personal DIY philosophy, or did it just sort of happen this way?

Ira Kaplan: More the latter. We’ve had managers over the years, though not for a long time. We weren't adamantly against it and, actually, we had some great things happen because of the people who managed us. But ultimately, I guess we felt we were unmanageable. [laughs] The last time we had a manager was early in our Matador tenure.

There's this common belief that artists should devote their time to creating the art and let other people deal with the paperwork. Why does it make sense for a band like Yo La Tengo to handle its own affairs?

Well, for a long time, there wasn't that much to handle! It wasn't taking up that much of our time. I always found it kind of funny when bands had managers before they had gigs. Not only did it not seem like an essential piece to get going, it felt like a sort of hubris that we didn't have. [Managing] is not the part we like best, but it does become valuable—there are useful things we now know that we wouldn’t know otherwise. Of course, we have an attorney and an accountant, but Georgia is a pretty good amateur accountant, and I read a lot of contracts, too. We can't afford to just dump that stuff in other people's laps, so we do some of it, and then bring in people who know what they're doing.

Obviously, the industry has changed dramatically since the ’90s. What sort of managerial tasks are taking up more of your time these days?

One of the things that has probably hurt us about not having a manager—and I'm comfortable with this!—is that it's allowed us to be a lot more oblivious to changes than we might otherwise be. So I don't think a gigantic amount has changed. Like, licensing songs to different movies and TV shows is a bigger part of the income—but it's not like a huge part of the day is spent on that stuff.

Do you feel like because you established yourselves before the internet changed everything, you have the luxury of not having to get a manager—whereas if you were a band starting today, you’d think differently?

I think it's just in our personalities that we don't like to be told what to do. One of the things that did tend to happen when we had managers is the phone would ring, and we'd each look at each other and say, “You answer it!” We just didn't want to deal with it in that moment. And then we realized that wasn't a good way to feel, and maybe we should do something about that!

I imagine your Hanukkah concert series is a huge organizational undertaking. How does something like that come together when you’re a self-managed band? Is it just a matter of sending out a mass email?

In a certain sense, it's taken our whole life. We're still building on things that have happened in past years. When we first started doing it 2001, we attempted to announce the lineups in advance, but we stopped for a couple of reasons: We thought it would be more exciting if we didn't announce it, but it also just freed us from having to know what was happening. In the last couple of years, the lineup has been changing during Hanukkah—people getting added, occasionally people dropping out. A couple of years ago, that movie The Post was coming out, and we saw Bob Odenkirk was coming to town to promote it, so we were like, "Please come!" And then at the last second, he showed up and read something from his book. Last year, the person who helps us out got in touch during Hanukkah and said The Preservation Hall Jazz Band were in town and would we want to do something with them? There is a point when our brains are just kind of overfull, and so our friend apologized for telling us because it gave us more things to think about. But then it’s like, “How do you say no to that? Let's figure out a way to do it.” So one of the nights ended with them parading from the back of the Bowery Ballroom—but that plan was not in place until that day.

So for any young, aspiring artist reading this who’s wondering, “Do I need a manager?”—what do you say?

When you started to ask that question, I was really dreading it, because I really hate the notion of giving advice. But I'm very comfortable with any question that has the word "need" in it, because there's very few things that everyone needs, and everyone has different things they want out of it. One of the things that's made being self-managed work for us is that we don't aspire to be pop stars. We're satisfied with the way things are going, and we don't have to knock ourselves out trying to improve things. I think there are things that a manager could help us with, but some of those things we don't want. If you want to be a pop star, my guess is you do need a manager—but I'm not even sure if that's still true with the internet and everything. I think people could follow their instincts more than they sometimes believe and not worry about what other people are telling them... including me.