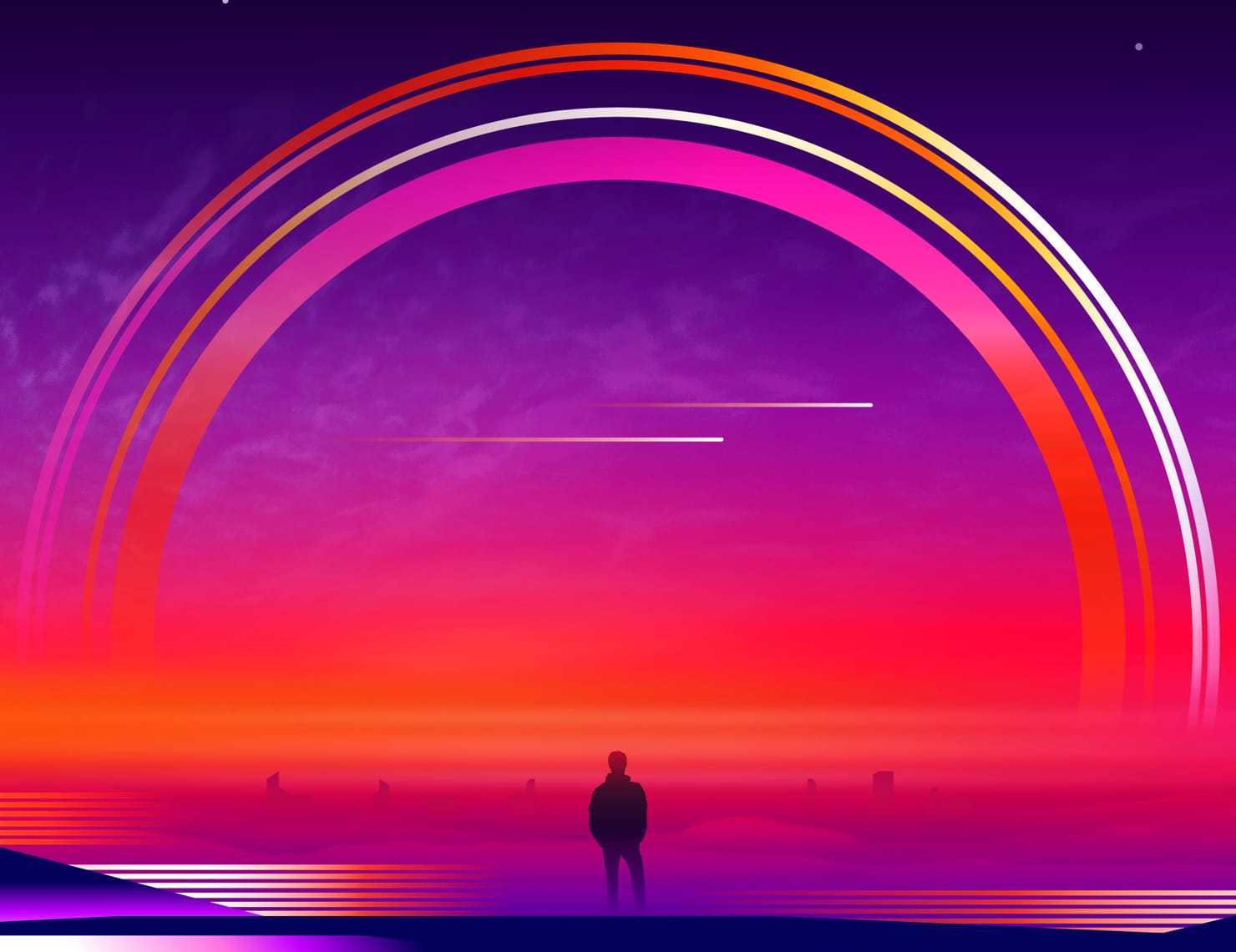 Brian Hazard breaks down some of the most effective avenues for promoting your work and conquering the new music economy in 2020.

Over the past few months, I’ve received a handful of emails asking me the same impossible question:

“I love the blog, I’ve read all your articles, you’ve given me so many things to try… but if you had to pick just one, what’s the best way to promote my music?”

I bet you know the answer. Say it with me:

Are you just starting out, or are you an established artist? Are you trying to turn a profit, or just build awareness? Are you promoting a new record, planning a tour, building a social media following, or trying to blow up on Spotify? What’s your promotion budget? Do you even have a promotion budget?

I’ve done Skype consultations with a handful of artists, and while it’s nice to know that I could still earn a living if something happened to my hearing, my top priority right now is to make music.

So let’s answer that impossible question by exploring some of the resources I’ve written about that are still relevant in 2020. Next time someone asks, I’ll point them here.

Unless otherwise mentioned, all links direct to my articles on the subject.

Let’s start with what most of you care about the most. For better or worse, these days it feels like an artist’s success or lack thereof boils down to one number: Spotify monthly listeners.

To nudge that number up in any meaningful way, you’ll almost certainly have to spend money, and it’s unlikely that you’ll make that money back in streaming royalties.

If you’re more interested in social proof than in making fans, Virtuoso can deliver big numbers fast, but like Cinderella’s carriage, they’ll disappear in a puff of smoke once your campaign ends.

Playlist Push can put your music in front of an extraordinary number of playlist curators, but there’s no guarantee that any of them will add your track. I suggest testing the waters with curators on SubmitHub first, where you can spend as much or as little as you’d like before deciding if a Playlist Push campaign makes sense.

Midnite Blaster offers a more personalized approach to playlist pitching. They’ll work with you towards whatever goals you have in mind. Historically they’ve specialized in EDM but they’re branching out to other genres (no hip hop yet).

Ideally you want to reach people who genuinely want to hear your music, on playlists alongside artists you’d like to see in your Fans Also Like. Therein lies your best chance at algorithmic success.

At the very least, the services I recommend here are safe and won’t jeopardize your Spotify standing like others that use bots might. Be especially wary of any service that promises to deliver followers.

Instead of, or in addition to, hiring a Spotify PR company to get you on playlists, you can reach music fans on Spotify’s free tier directly through Spotify Ad Studio.

Speaking of which, the nice folks at Spotify liked my article enough to fly me out to Brooklyn for an interview!

What isn’t mentioned is that my ad wasn’t properly targeted due to a bug on their end, not my ineptitude. But hey, the advice still holds.

Longtime readers of the blog will also recall that I spent $500 on a Deezer campaign, with promising short-term but nebulous long-term results. Until Deezer rolls out comprehensive artist analytics, I wouldn’t recommend it unless you really want to target France.

To make any money, you don’t just need listeners, you need actual fans, and a cost-effective way to put offers in front of them.

You know what that means: a mailing list! I recommend starting with Mailchimp, which is free up to 2000 subscribers. Beyond that, the price ramps up fast, so I use FanBridge.

Both allow you to set up a drip campaign, which is an automated series of emails sent to new subscribers. It’s a great way to introduce people to your world in measured doses.

Selling music is tough these days, though some genres still do well on Bandcamp. Bandcamp can also handle merch, or alternately, you could set up a Shopify store. I haven’t had much luck in the merch department, but then again, I don’t perform.

The best way to find potential new fans is through Facebook and/or Instagram ads. Both are managed through the same interface.

One approach is to use download gates to gather email addresses, as John Gold of Hypeddit details in his Fans on Demand Formula course. The same method can be used to build an audience on Spotify, SoundCloud, YouTube, and social media.

Another technique is detailed in the Fan Finder Method from Indepreneur, which I’m currently working through. Essentially you run a Video Views campaign to a handful of mutually exclusive audiences in order to optimize Facebook’s targeting, then create a lookalike audience from those who watch a certain percentage of the video. Membership is cheap at only $37 per month for their entire suite of trainings, and you can get half off the first month with my affiliate link.

When it comes time to ask those potential fans to listen to your music, I use a Feature.fm Smart Link, which offers deeper analytics than competing services. You can create custom links for each of your campaigns to A/B test, and even create a conversion campaign optimized for clickthroughs to Spotify.

An alternate way to jumpstart your fanbase is to run a contest like I did with Gleam.

We could all use a little perspective on our music. I don’t know about you, but when I finish a new song I almost always feel like it’s my best work yet. A couple weeks later, I’m not sure if I even want to release it!

If you can stomach a hearty dose of brutal honesty, I recommend two resources:

Drooble Reviews tend to be supportive, as they’re written by other independent musicians. They often include detailed technical suggestions to improve your track, so I recommend submitting works-in-progress.

ReverbNation’s Crowd Review works best as a market research platform. You’ll receive some uneducated and even downright rude comments, but it’s an inexpensive way to see how your song stacks up against others on the platform, or to pick which track from an album to promote as a single.

At some point you’ll want to sign up with Songtrust to ensure you get all the royalties you’re due.

Don’t try this at home

I’ve told you what to do, so now I’ll tell you what not to do: banner ads.

Seriously, don’t waste your money on banner ads of any kind, including Promote on Soundcloud. They don’t work.

This may come as a surprise, but I wouldn’t recommend Patreon for most artists.

Yes, it’s been my primary focus for almost three years now, but it’s a ton of work. You may think “if only 1% of my Instagram followers became patrons” but they won’t. I’ve seen artists with hundreds of thousands of Spotify monthly listeners launch pages with patron counts in the single digits.

How many fans do you have that reliably buy everything you put out? Maybe half of them would support you on Patreon if your offer is compelling enough. Less than 100 patrons probably isn’t worth your time and energy to maintain.

Don’t be that artist. If you’re going to run that sort of ad, restrict it to warm audiences only. Strangers don’t care.

So yeah, that’s a lot of stuff. While I haven’t tried everything, I’ve also tried plenty that wasn’t worth writing about. As always, I’ve got a bunch of experiments in the works, and I’m totally open to your ideas.

Lay your suggestions on me in the comments and I’ll try out anything that sounds promising!

If you’d like to hear more of my promotional escapades, be sure to subscribe to my How I’m Promoting My Music This Month email newsletter.

Better yet, join me on Patreon for a behind-the-scenes look at my creative process and promotional efforts!

Artwork by Ody from an upcoming Color Theory release.