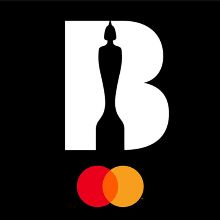 Scottish singer-songwriter Lewis Capaldi had a big night last night at the 2020 Brit Awards winning trophies for Best New Artist and Song Of The Year for his hit “Someone You Loved.”

Capaldi went into the awards show with four nominations, including and best male artist, which was won this year by Stormzy, and Album of the Year, which went to rapper Dave for his chart-topper Psychodrama.

Female Solo Artist of 2020 went to Mabel, who bested other nominees in the category that included FKA Twigs, Charli XCX, Freya Ridings, and Mahalia.

“I had the honor of walking the red carpet today with my amazing Mum,” she said, accepting her award after hugging her mother Nenah Cherry.

American rapper Tyler, The Creator took home the Brit Award for Best International Male Artist, while Billie Eilish was recognized as the International Female Artist of 2020.

Performances for the night included Lewis Capaldi, who thrilled audiences with Someone You Loved, and Lizzo, who was nominated for Female International Artist. All the performances from this year’s Brits will be exclusively available on Amazon Music, starting this week.

Hosted this year by Jack Whitehall, the Brits took place at the O2 Arena in London.

Song Of The Year – Lewis Capaldi, Someone You Loved

Producer Of The Year – Fred Again

A highlight of the evening was UK rapper Dave’s remake of his own song “Black.” From Pitchfork:

South London rapper Dave performed an incendiary version of his Psychodrama song “Black” at the BRIT Awards in London Monday night (February 18). In a new verse, he dove deep on matters of institutional racism, levelling allegations at prime minister Boris Johnson, the British media and its treatment of Meghan Markle, and the architects of the Windrush scandal, which saw thousands mistakenly classified as illegal immigrants.