Leave Rihanna alone! A manifesto for healthier pop fandom in the 2020s | The Guardian 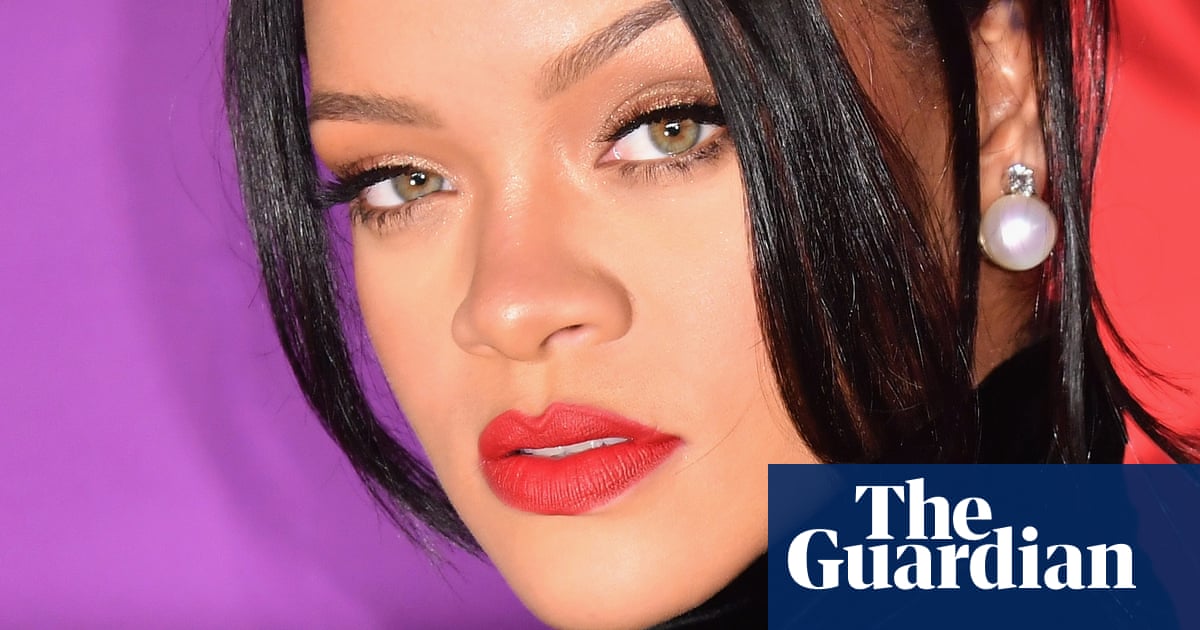 In the final days of December, speculation that Rihanna might be about to release her ninth album, known among fans simply as R9, entered overdrive. Despite the many articles and social media posts leaking titbits about the work in progress over the last four years, Rihanna has never shared official details about the project, though she once said her next album would come out in 2019.

It’s because of this throwaway comment in 2018 that relations between Rihanna and her “stans” (super fans) reached a kind of mania in late December. The star has posted taunts about “listening to R9 by myself and refusing to release it”, while her fans are gleefully joking about breaking into her house and holding her at knifepoint to obtain the album. Whatever Rihanna posts – whether it’s about the Australian bushfires or a friend who has died – the response is the same. Among Rihanna’s first tweets of 2020 was a carefree selfie. The first reply came from a fan: a picture of a child holding a knife, captioned: “Where’s the damn album.”

When did fans start believing they deserve albums from their favourite pop stars? New albums were once “eagerly awaited”; now fans believe that work is, in effect, being held to ransom. A similar chaotic energy surrounded Frank Ocean in 2016. He hadn’t released music in more than four years; like Rihanna, he had casually teased dates for new music only to miss his own deadlines. For a while, he couldn’t be spotted in public without being criticised on social media for not being in the studio. “Frank Ocean is behaving like a dickhead,” stated the Ringer critic Justin Charity, although he said Ocean’s fans with their “psychotic mob chants” were worse. The mood became so embittered, it was hard to tell whether fans still really wanted new work.

The situation is exacerbated by the music media. In the 2010s, online news outlets began to behave like fans themselves, scouring artists’ social media for any clues about big releases and then publishing their findings as gospel. These days, we know a lot about an album before the work is officially announced. (Search “everything we know about R9” and you’ll find many results.) Publications and blogs report on Ocean’s every Tumblr post, contributing to fans’ already frantic anticipation. Grimes has also been hit hard by this rolling news cycle. In 2013, she posted an angry missive on Tumblr, stating: “nothing i write here is an official statement and i really resent this shit turning into news”.

If new music does materialise, but fails to meet fans’ high expectations, the backlash is swift and brutal. In the summer of 2016, Ocean broadcast a livestream of himself building a staircase to an ambient soundtrack titled Endless. Endless is a beautiful, haunting piece, and its introduction to the world seemed to convey a message about patience and perseverance. But fans were simply upset that this wasn’t the traditional album they felt they had been promised. (That record, Blonde, arrived days later.)

In stan culture, everything is hyperbolic. This breed of extreme fandom has emerged from a connected world in which fans can access (and berate) stars at the click of a button. In her book Fangirls: Scenes from Modern Music Culture, Hannah Ewens observes that music fans have long been early adopters and innovators in the world of tech. Today, their rhetoric permeates online culture. The binary tendency to declare something either a “hit” or a “flop” has rippled through the increasingly polarised music press: in an economy driven by page views, it pays to declare everything either an era-defining masterpiece or a heap of trash.

In 2014, Popjustice founder Peter Robinson described how online fandom was supplanting the traditional, top-down fan club. With fan bodies becoming more autonomous and organised away from the control of artists and labels, Robinson depicted a stark power imbalance, saying that many artists felt “trapped by fanbases that invariably look unfavourably on an artist wishing to progress their sound”. He predicted that fan-artist relations might be running headlong towards a “full-on, real-life siege”. One glance at Rihanna’s Twitter mentions suggests his prophecy is coming true.

Stan power can make or break an artist. As hinted at by Justin Bieber’s recent cynical plea for his fans to stream his comeback single in their sleep and use proxy US IP addresses to help it to reach the top of the charts, hardcore fans are well versed in how to manipulate streaming and sales figures, and they mobilise to make sure their faves are successful. They regularly battle other fandoms by pointing to the latest streaming figures or chart positions their icon has achieved, and take pride in having influenced those numbers. In this respect, some stan factions – usually at the vanguard of digital culture – feel slightly archaic. Their obsession with the album “era”, charts, sales and commercial success is out of step with how the music industry functions today.

The traditional “album cycle” is certainly not the only way for artists to operate any more. Some have abandoned this model altogether: German pop star Kim Petras recently said that she likes to make her fans feel “connected” by dropping music as a weekly event, “like a TV show”. Many artists have ambitions beyond music. Journalist Tshepo Mokoena has explored how black artists, Beyoncé and Rihanna in particular, reshaped what it means to be a pop star in the 2010s. Their careers no longer centre around album releases – although those remain their most publicly hyped moments. Instead, with ventures such as Beyoncé’s Ivy Park and her Homecoming film, or Rihanna’s Fenty Beauty and Savage lingerie line, they’ve positioned themselves as curators, designers, businesswomen, directors and all-round entertainers.

Berating artists for not releasing albums to schedule feels anachronistic in 2020. As critic Alex Pappademas argued of comic-book nerds’ vehement support for movie studios in the 2010s, it represents a “populist groundswell in service of the status quo, of corporations, and of power”. For Slate’s 2019 Music Club essay series, critic Jack Hamilton wrote about how poptimism calcified in the music press this decade, creating a world in which every time an artist releases new music, it is characterised as “gifting”. As Hamilton points out, your faves are not generously showering you with presents, they’re selling products. Depicting pop stars as benevolent gift-givers plays into the hands of music industry executives who want us to believe that we are lucky to receive what we get. To borrow a phrase from Foals frontman Yannis Philippakis, it casts musicians as a kind of Pez dispenser, and their legions of fans as eternally outstretched hands, waiting for the next treat.

For all that stans cast themselves as the people who truly get an artist, this demand for satisfaction – for product – fundamentally misunderstands creativity, and fails to appreciate the ebb and flow of human life. Any artist they perceive as slacking may not be in a music-making phase; they may be going through some kind of personal turmoil, writer’s block, or simply be busy with another project. Fan armies pestering idols heightens the pressure that labels, managers and other invested parties can apply to artists to meet contractual obligations, and thus make more profit. As Zayn Malik’s second album showed, nobody wants to hear records churned out to meet a quota. Keeping cherished artists tied to the content treadmill until they let fans down isn’t love.

For me, music fandom in the 2010s was defined by Beyoncé’s surprise album release in 2013: one of those rare, thrilling moments when you remember exactly where you were when you first heard something. That album, Beyoncé, remains one of Beyoncé’s most mature and complex works, but it can never be separated from the masterstroke of surprise that brought it into the world: “I changed the game with that digital drop,” she rightfully bragged on Nicki Minaj’s Feeling Myself two years later.

That kind of shock release from any major pop star no longer feels possible in 2020. Fans are too finely attuned to the minutiae of clues dropped online, too well-trained as internet sleuths. The promise of the number of retweets you might get from being the first to discover a new song registered on ASCAP is too great; as is the number of page views you might get from posting a fake leaked tracklist as news. Fans are even circumventing streaming services’ lax security to upload fake albums, usually comprising old demos, to Spotify and Apple Music: a prank that has brought flashes of chart success and ill-gotten royalties.

At the start of a new decade, what might a better model of fandom look like – maintaining the joy of being part of a global collective with a shared passion for a culture-shifting artist, but not privileging constant releases and sales as a measure of love?

First, we need space to listen harder and have nuanced discussions. In this column, Tom Ewing argued that online forums may be the future of fandom, explaining that the behaviour of fans “is guided by limits and defaults baked into the technology”. Subreddits like r/popheads provide the format for stans to go deep in a way that Twitter and Instagram don’t. On forums for individual artists, such as Kanyetothe, there’s even more willingness to dive into an artist’s back catalogue and explore what already exists. Podcasts such as Dissect and Song Exploder are bringing deep critical and technical readings of pop into the mainstream and making a case for subtlety.

The pace of pop culture hardwires fans to constantly expect more. Up against waning attention spans and falling album sales, artists have learned how to hustle harder to avoid vanishing from view. As we move forward – with a deeper consciousness about the impact that a culture that’s always asking “what’s next?” is having on both our planet and on our minds – let’s ask for less.

Pop's need for speed: 'You have to drop new stuff constantly'

As the 2010s ended, sustainability became an urgent concern for the music industry, with artists such as the 1975 and Coldplay leading the discussion on how it can be made more eco-friendly. But sustainability is also a mindset: not demanding novelty, not prioritising economic growth, and not treating art as disposable. Fandom’s next phase might be rooted in cherishing what we have. As Gen Z resist oversharing on socials and everyone is feeling overwhelmed by connectivity, perhaps in the 2020s, the performance of fandom will come to feel less important than the intimate connections we all form with music.

As usual, Rihanna is way ahead, operating with the cool detachment of someone who knows where her best interests lie. Her last album, 2016’s joyfully weird Anti, was her first after leaving the Def Jam label and purchasing her masters. She released it on her own label, in conjunction with Jay-Z’s Roc Nation. It’s likely that R9 will arrive the same way. Last year, she told Interview magazine, “it makes no sense to rush it”. She’s beholden to nobody’s schedule but her own. For that reason, I truly stan for ever.