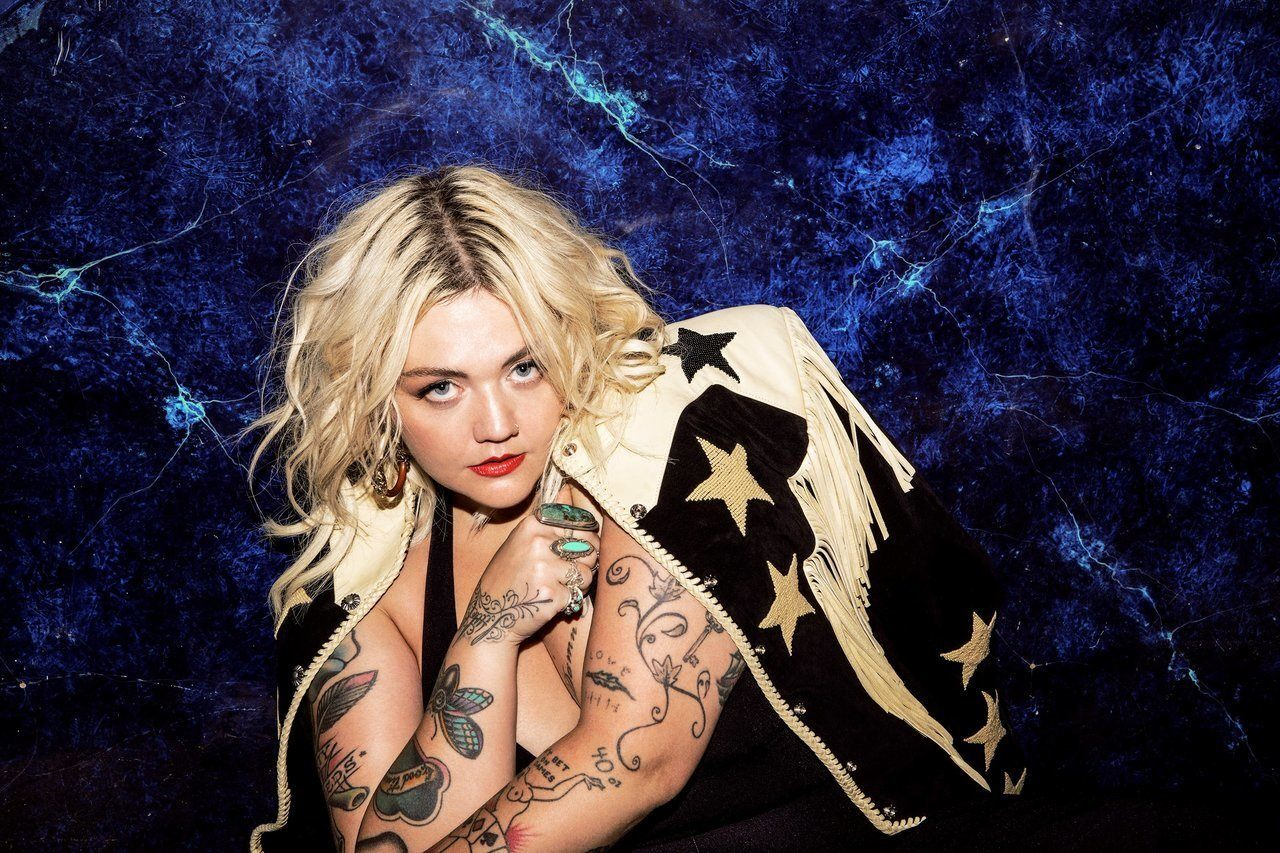 The singer-songwriter's #LostHotelRoomSongs show that not everything she writes winds up on an album.

Singer-songwriter Elle King is not an artist waiting to break through. She's garnered GRAMMY®️ nominations and platinum certification for her wounded blues-rock, heard on singles like "Ex's & Oh's" and "America's Sweetheart." Her two albums for RCA have matched her dusky vocals and emotion-plumbing lyrics with the lush productions and co-writing talents of names like Mark Ronson, Jeff Bhasker, Greg Kurstin, Ben Gibbard, and others. However, this year King has been quietly uploading raw, personal, and untreated music to her Instagram account with the hashtag #LostHotelRoomSongs. In these videos it's just King and her guitar, the artist looking into the camera as she spills shards and ideas.

It's a glimpse of the cutting-room floor, so to speak. These songs didn't quite make the final cut for albums or other more formal projects, and they present an intriguing snapshot of how much music a dedicated singer-songwriter like King can actually conceive. We talked to her about her creative process, how she decides what ideas to keep for an album, and what she's learned from the #LostHotelRoomSongs.

Spotify for Artists: First and foremost, can you explain what a "lost hotel room song" is? Elle King: Basically, my creativity, it comes in waves. I'll write for eight months straight for a record. Then I make a record and then I'll go months without writing 'cause I'll just be focused on the new songs. And then usually when I start to tour and travel a little bit I'll start to feel this antsy feeling. It's like a creative flush coming through. So, if I have a day off or whenever I'm in a hotel, I'll write a song.

Even over the last six or seven years of touring and traveling and everything, I would write these little songs and I would record them on my phone. And then most of the time I write, like, 75 songs, maybe three of them will be used for something. I don't know if it's like just sharpening or practicing, or if I have to get something out, or if it's just me trying to figure out my emotions. But they would get written and then they would just stay on my phone. Maybe I'd send it to a friend or to my mom or something. And nothing would ever happen with them.

And then this year, I was like, you know what? It kind of breaks my heart that no one will ever hear these. Why don't I just post a little snippet of them so that even just a little bit of the song can have a life? One minute of it or so. And then I'll feel better about moving on and writing other stuff.

Do you see songwriting like a skill you have to practice in the same way as guitar-playing or singing scales? I mean, yeah. I think you have to get back into it. It'll take me a couple days or maybe, like, four or five songs to kind of find my flow again. I feel like if you're a songwriter, if that comes from your soul, then you never lose it. But it is important to always be pushing yourself.

My hotel room songs, those aren't like, "I need to write this co-write and I need to send it to the label." My hotel room songs are like, "Oh, I have an emotion that I wanna get out." Or, "Oh, I woke up singing this funny thing and I wanna write this story out." Or, "Oh, I need to kill three hours, let me write and record a song." So part of it's practice. And then, I feel like 90 percent of it is just what I love to do. I mean, when I first started making music and recording songs in my dorm room bathroom and stuff, it was because that's what I loved to do.

How do you decide what music to keep and what music to throw away? When it comes to pitching songs for an album, I think it's whatever tells the story. You know, with most artists you change and your influences and your inspiration changes. Your life changes. So, it's kind of like, whatever tells the story when you made these creations and what weaves best together. And sometimes you don't know until the last second of it, you know? And then you thread it together somehow. I never really know.

What do you learn from the lost hotel room songs when it comes to your songwriting? I feel like the hotel room songs are like my true personality. They're kind of funny. Some of them are kind of sad. They're different and strange. I consider them kind of like my own version of folk music, which I really truly love. I feel like they are a very true form of representation of myself and my music and, really, my emotions and how I feel about things. I'm not always great with my words, but for some reason, I can write a song, listen back to it and be like, "Oh wow! Somebody hurt my feelings that time." So it's like a conversation with myself.

My song "Ex's and Oh's" was a big song, and it's hard to have that in the back of your mind and, like, every song you write: Is this gonna be the same? Is this gonna do well? And at some point in your life you just have to chill and be like, "No. You don't ever have to do Ex's and 2.0." Nothing has to repeat the same cycle and that's OK. That's totally OK.

So when I started writing again this year, after going through some heavy shit, I just was like, just write your emotions. And I could feel, you know, some of that heaviness lift off me.

Have there been success stories from these little sessions? I have taken things that I've written on my own into sessions 'cause sometimes sessions aren't great. They suck. And they're uncomfortable. So I always find that if I come in with something that I've kind of started, it sort of tailors it to me. Even if it's a four-chord progression. Or one sentence. Or one stanza. You know? If people are starting to go into co-writes, it's a very nerve-wracking and uncomfortable and very vulnerable thing. And so, if I were to give anybody advice, I would say, just always have a few things in your back pocket. Because it can really just help start something awesome that started from you, and that can become a collaborative kind of thing.