Choir Boy on Road vs Release | Spotify for Artists 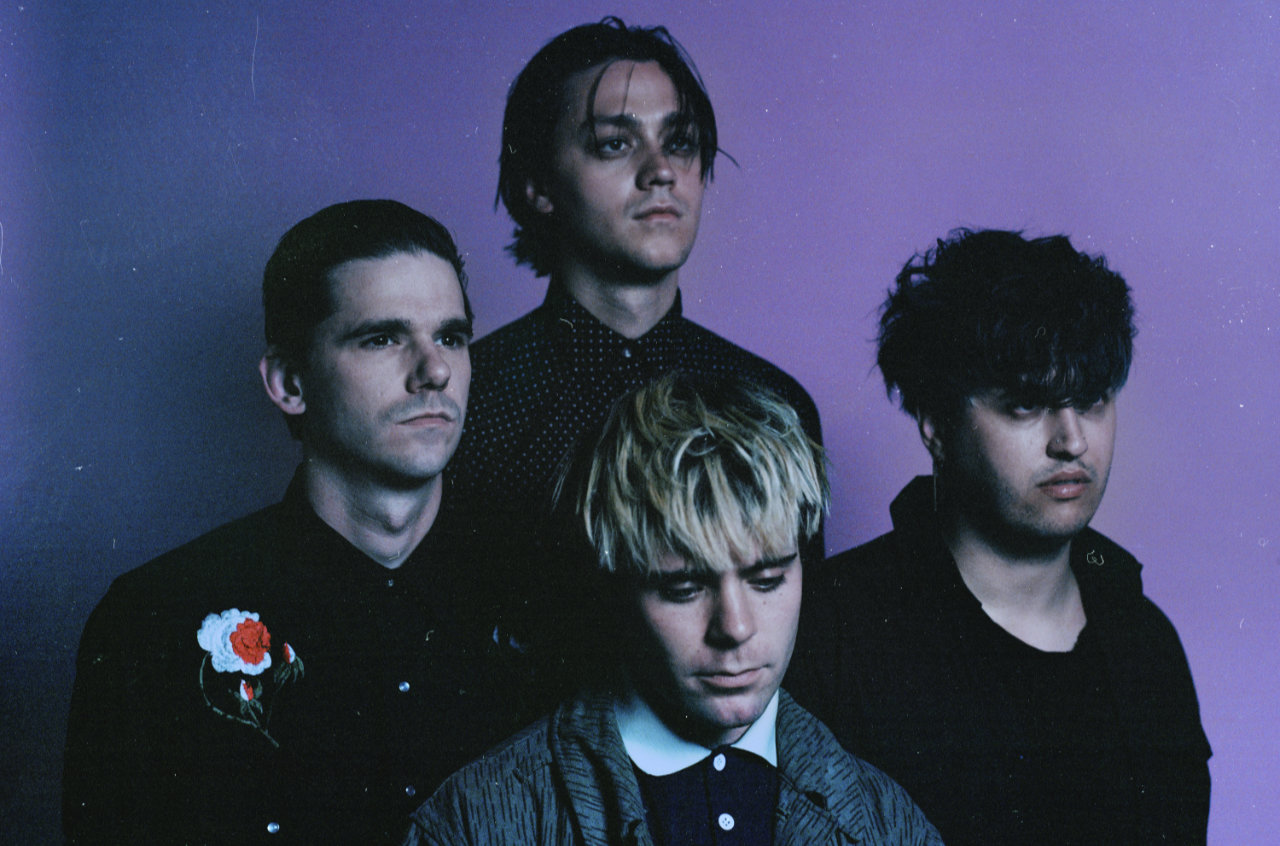 Why this dream pop band prioritizes touring over studio time.

Choir Boy may create some of the dreamiest music in modern synth-pop, yet believe it or not, it’s the Salt Lake City band’s roots in the hardcore punk scene that have played the biggest role in shaping their ability to build a fanbase. Punks love the road, getting out there for weeks or even months at a time and playing every club, theater, and arts space that will have them. For Choir Boy, who cut their teeth in hardcore bands, this grueling life has proven to be deeply rewarding. Over the last couple of years, they’ve crafted a spellbinding live show, one that has netted them touring slots with many of their idols, including Cold Cave and The Faint. Most importantly, they’ve been able to connect with their fans in a way that’s intimate and direct.

In fact, Choir Boy love live performance so much that they’ve prioritized it over releasing music. It's not that songwriting and recording aren't important to them; in between stretches of touring, they’ve steadily worked on the highly anticipated follow-up to 2016’s Passive with Desire (originally released on Team Love Records, then reissued by Dais Records). But Choir Boy are intent on maintaining a release schedule that’s measured, featuring only those recordings they deem worthy of sharing. If it takes them a few years to make an album, then so be it. As bassist Chaz Costello points out, the creative process can never be forced, only coaxed.

Spotify for Artists: Choir Boy appear to adhere to a "less is more" motto. In the three-plus years since the release of Passive with Desire, you’ve dropped only a limited-edition cassette and a few singles. Is this move intentional?

Chaz Costello: I don’t know if it’s intentional. We’re originally from hardcore and punk bands, and our idea of doing a band was to start one and just begin playing as much as possible. Luckily, we started picking up momentum, and eventually bands that we love, like Cold Cave and The Faint, started asking us to tour. That has been truly amazing.

While Choir Boy’s synth-based dark pop sounds like the work of a bedroom project, your emphasis on touring is very much a DIY punk approach.

Totally. People ask us how we do this. We just said we wanted to start a band, and we did it. Being in a band is fun and hard, and you just have to do it.

What does a band get out of touring that they might miss if they stay home and focus primarily on studio work?

I would never knock an artist who stays home and records. That sounds awesome. But for touring, it’s about connection—and not just between us and our audiences, but also the connections between bandmates. Last year, we were on the road for five and a half months. That’s a long time to be with the same people. Your bandmates become your family. I love listening to records and recording at home, but when you go to shows it can help you connect more with [other] artists and their art. It allows for a certain kind of growth and learning.

In this technology-driven world perhaps the live music experience is even more important these days.

Definitely. There is no discounting human connections, and music is an incredible medium for them. For me, it’s a space to be vulnerable: "Here’s everything I’ve worked on, and here’s what it means to me." That’s why I feel the live experience can be so connective.

What are the challenges of continuous touring?

To begin with, you’re not home. That can be taxing on relationships. I have a theory that on tour you have to pick three of four things on any given day: You can sleep in; you can shower; you can eat; or you can get ready. If you sleep in, then you don’t get to eat, but you do get to shower and get ready. Another thing: You just don’t have all the comforts you do at home—nor the stability. You live a boiled down version of life that’s spent one day at a time. It can be disorienting at times, but it’s always fun. On the other hand, you get to do something that’s pretty incredible that a lot of people don’t.

When on the road and locked into those sleep-shower-eat-get-ready cycles, is it challenging to shift into the creative space required of such dreamy, ethereal music?

I’ve never thought about it in those terms. That’s a new angle. I guess the music is a form of escape in that sense. If life is fast-paced, then you could long for something dreamy. I do know it can be tricky shifting into recording mode when you have to head back out on the road all the time. This is something we’re dealing with while making the follow-up to Passive with Desire.

Have you developed any tricks for easing the transition from hectic touring mode into songwriting or recording mode?

I can only speak for myself and not my bandmates, but I try a lot of free-association journaling and write down anything that comes into my head. That helps clear my mind before playing or writing music. Creating atmosphere also helps, like lighting some candles. It sounds cliché, but they really help. It’s best when I create a space for myself in which it’s possible to feel creative rather than forcing myself to get into that headspace. Your surroundings help you just as much as you help them.