Naaz on Getting Real With Your Audience | Spotify for Artists 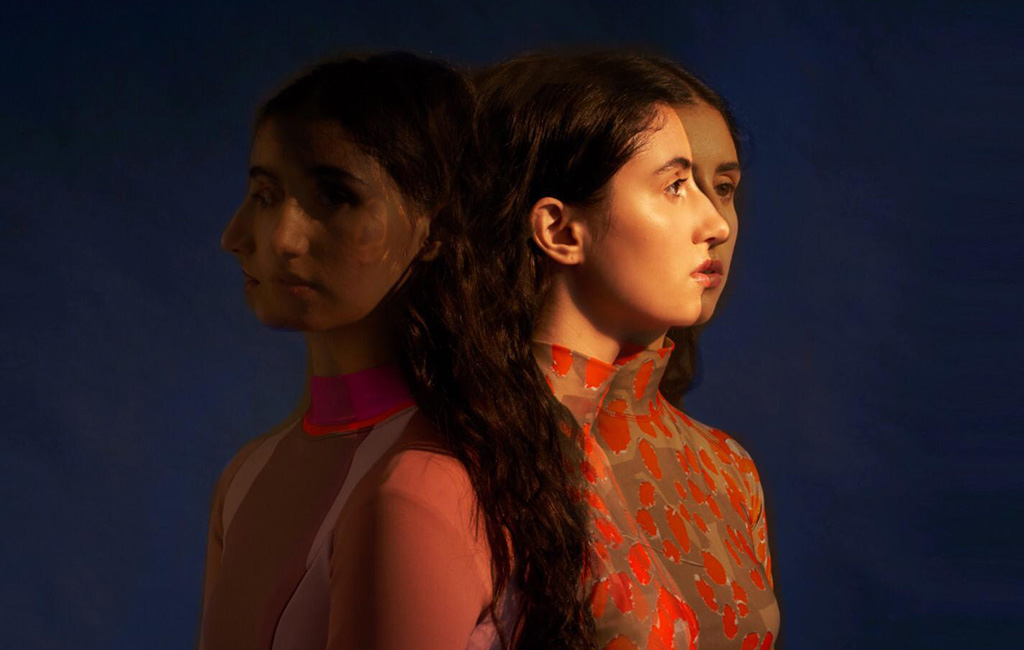 The Dutch pop upstart talks about her honest approach to social media.

Pop visionary Naaz has become one of the Netherlands’ hottest pop stars since the 2018 release of her debut EP, Bits Of Naaz. She won two awards—Best Newcomer and Best Video—at her home country’s Edison Pop Awards in 2018, and she’s toured with the likes of Hayley Kiyoko and Arcade Fire. Her sound has also shifted since her debut, with newer songs like the pumping “TAPED” and the hiccuping “damage :(“ channeling darker emotions.

Through it all, Naaz has kept up a dialogue with her fans on social media, even bringing them into the creative process behind the “damage :(“ music video. We talked to her about shifting her aesthetic and staying connected to her fans through social media while she was filming a video in Madeira.

Spotify for Artists: How did you bring your fans into the process behind the “damage :(” video?

How much time did you give them to respond to your call?

Two to three weeks. Not that long! I have loads of respect for the amounts of drawings that I've gotten. They were so cool—when I write music, I see things in my mind and then I put them into words. But now, my fans are putting my words into visuals, and showing me how everyone understands the song in a completely different way.

Why did you open the video for this song up to them?

I thought, “A sad song like that—it’s almost like it could only be personal to me.” It's one of those moments where you think you're special because you feel bad. But a lot of people feel bad—it's not special at all. I wanted to show how we all are kind of the same and different at the same time.

Opening that connection with fans is a brave move.

Thank you. Yeah, it's funny. Today the cameraman for this music video, he was like, "You post so many weird photos of yourself, and I think it's cool because it shows that you're not afraid to really be who you are, but why are you so afraid to show yourself in a very beautiful way?" This was not meant in a bad way—he was saying it in a nice way. But I told him, "Because I want people to stop thinking in the way that you are. I don't want my fans—or anyone who watches my videos, or sees my Instagram, or listens to my music, because I feel like 'fans' sounds so intense—to think that they can't do whatever I'm doing."

I feel that you need to be able to be special by not being special at all. The moment that you start doing things just to be unique—that's when you become really basic. Everyone wants to be special. But when you start embracing how many people are just like you, it’s a beautiful thing. It means you're not alone, and there are a lot of stories that you could relate to that you may not know about yet.

Your new music is a lot more raw and visceral than your first EP. What inspired this shift in your artistic outlook?

I made my first EP at home, and I also did most of the production. It meant that I couldn't leave the room and have the work continue—like, if you have a studio session with a producer, you can write a song, leave the room for a few hours, come back, and it's not like the song ever stopped being created. But if you make it by yourself, you have to work on it the whole day, by yourself, so it's being replayed to you all the time. If you write a song that really confronts the way you genuinely feel, you're being confronted by it the whole day. If I have a sad lyric like I have in “damage :(,” and I would have to listen to that the whole day while I am working on it, it would absolutely break me. It’s too much to confront—especially in the moment that you're creating it.

My first EP sounds so happy because I just wanted to feel butterflies. I felt like the older you get, the less butterflies you feel, because things just are not new anymore. And I was looking for those butterflies in harmonies and in certain chords and in certain sounds. But then I had to perform that music live, and that's when it hit me that I had been escaping myself for so long. It hurt me, because I felt like I was almost screaming for someone to see that I wasn't OK.

With this new music, I decided to work with producers because I thought, "OK, I need to make music that sounds like the way I mostly feel, and I need to write it and be able to leave the room for an hour to get my mental health back on track after confronting myself that intensely." I found a way to not be afraid of myself anymore, to not be afraid of what saying things out loud would do to me.

What kind of advice would you give to artists who are anxious about social media or putting themselves out there in ways that aren't musical?

Nobody cares as much as you do. If you post something that you feel did not get enough likes or whatever—because sometimes I hear people say things like that—you might be upset, but everyone else forgets about it in a few seconds. They're not going to bed thinking about it because everyone's more focused on their own lives than they are on you.

The point should not be to become a big Instagram star. The point should be for your music to trigger enough attention in someone's mind when they listen to it that they’ll look you up to see what kind of person you are. And that's why I'm not really worried about having a lot of followers or likes or whatever, because there are listeners who just don't Google you, but they are still there.

At the end of the day, social media is all so non-timeless, but music is going to be there forever. You might as well make it something that feels really like you, so you don't feel like you were holding a mask when you look back in a few years.