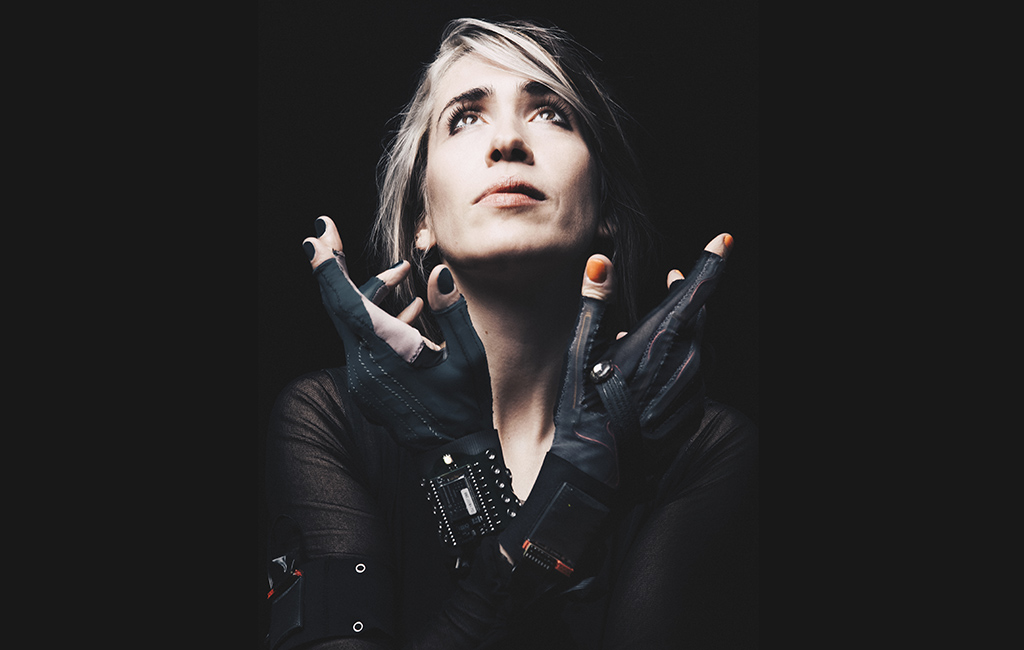 The forward-thinking singer-songwriter is embracing technology and making it easier for musicians to succeed in the digital world.

Imogen Heap has always been forward-thinking—and perpetually restless. She signed her first record deal at 18, and helped set the tone of electro-pop in the 21st century, first as one-half of the duo Frou Frou, and then as a solo artist known for her innovative use of instruments and sound manipulators. In fact, her 2005 track “Hide and Seek” was one of the first big pop hits to lean heavily on the vocoder, and its influence would extend from The O.C.’s most parodied moment to Jason Derulo’s biggest hit, “Whatcha Say.”

Now, after over two decades in the music business, she’s learned a thing or two about how the industry works and where it has room to improve. The English singer-songwriter and producer is first and foremost an artist, but recently she’s proven herself an ambitious and savvy businesswoman, too. As the founder of the blockchain-inspired Mycelia and its accompanying app, the Creative Passport, she’s made it her mission to help create an innovative platform that will help fellow music makers get the credit and compensation they deserve. She’s also helped develop an innovative new wearable instrument that can transform the way an artist creates and performs.

Heap has some radical and fascinating thoughts on where she sees the music industry heading and how musicians can start to take full control over their creative ambitions. We caught up with her to share her vision of the future and how she imagines the way humans will discover and engage with music in an increasingly tech-dominated world.

Spotify for Artists: You’re back on tour for the first time in eight years. What has changed for you as a musician over this time?

Imogen Heap: The biggest thing that has changed me as a musician—well, actually in life—is having a child. How could it not? Everything has a whole new dimension to it. Every decision, taken with another in mind. I found being a mum deeply freeing, creatively too. Something about not being the center of attention anymore just helps me let go and get on with stuff. I don’t have the same flexibility I had, but it makes you work so much smarter and with a bigger picture frame.

This tour also features some new technologies. First, tell us about those gloves!

My gestural music wear—the MI.MU Gloves—has been a central reason for why I've taken so long to come out on tour again. I really wanted to develop a system where I wasn't carrying around hundreds of extra kilos’ worth of gear when, actually, what I need is to just reach into the software inside my laptop to give me the flexibility that I needed. So, it took eight years to develop the gloves with a team of tech specialists, textile designers, and artists, and develop the software to the point where they now are robust enough to do a full show with them.

How were the gloves created, how do they work, and how do they change the game for you creatively?

I got a bit fed up with what was on the shelf—or more like, what wasn’t on the shelf! The use of laptops, faders, buttons, and sliders ultimately limited my ability to be fully expressive on stage, and also, I felt it detracted from the connection with the audience. The MI.MU Gloves enable me to connect and play with the gear I love wirelessly, with custom movements during a performance or in music composition. Using a range of sensors and customized mappings to postures and movements, I can now create on the fly in a much more human way. The technology disappears. It's just the human onstage creating a song.

For me, they’ve empowered me to be more me. When you see me on stage, I’m connecting more with the audience and with the music because I'm not thinking about the technology. I've got everything at my fingertips. I still play the piano. I still play lots of musical instruments, and I have a band on stage. But if I want to augment my voice and add some effects or loop them or make a kind of twisty sound with a bass line, I don't have to be stuck looking at a screen or fader to do that. It's how you imagine music could be. Kind of sculptural, immediate, spontaneous, and improvised.

Even Ariana Grande has tested them out onstage.

Yeah, that's right. She was one of our early adopters. There's also an amazing musician, Kris Halpin, who has cerebral palsy. He's kind of had a second life in music because of the gloves—being able to adapt to whatever kind of level his movement is on any one particular day, because it fluctuates daily with cerebral palsy. What's so amazing about the gloves is that they are customized to you. You don't have to use specific postures or gestures. Everybody uses them very differently.

You also have another venture that you’re sharing on this tour. Explain the Creative Passport.

One day, I heard about a fancy new technology from my dear friend, musician Zoë Keating, called blockchain. I delved in a little, and it caught me in an imagination stranglehold of possibilities! If blockchain tech was adopted and developed with music makers at its core, combined with developments in AI [artificial intelligence], linked data, and digital identities, it would be possible to rebuild the structure [of digital music] from the ground up, to make it supportive of music makers.

The Creative Passport is an independent nonprofit service. It’s the layer of data that you never want to type in twice [things like verified profile information, credits for your work, etc.]. It’s not a music-discovery service or rights database, though it will help both by connecting the dots to good data. Services will pay to access the data that they find useful. This will then be paid back out to the Creative Passport holders who contributed.

Along with the Creative Passport, where do you see the music industry 10 years from now?

We will, as listeners, retain our identity wherever we go. Thousands and thousands of services will connect with music in new ways, whether you’re walking through a city and have songs triggered by shops you walk past, maybe where a guitar was bought or where a lyric was written. Or perhaps discovering songs on the radio in your electric car, as income from those songs is being diverted to a disaster relief fund connected to a topic in the local or global news. Or watching a film that tracks your state of mind from one scene to the next and scans your musical preferences or references to make that moment more scary, more endearing, or takes you to your childhood self. In short, it’s highly customized and personalized.

What’s your biggest advice for new artists who struggle with the tech/digital/business side of being a musician?

Music makers do need to be business-, tech-, and media-savvy to stay up to speed and not lose out on potential opportunities. It gets hard, but don't fret with it—you know, do what you love, keep making music.