According to USA Today:

The campaign asks for an immediate court injunction to stop further meddling from Google and payment of financial damages.

According to the lawsuit, filed by lawyers representing Gabbard’s campaign Tulsi Now Inc., Google suspended the Gabbard campaign’s advertising account for several hours during the first Democratic debate, when Gabbard was briefly the most-searched candidate on Google.

MTP readers will recall that we first focused on Google’s ability to throw elections back in 2013  (See Now That’s What I Call Bundling!).  I actually started thinking about the issue longer around 2010 when news leaked out of Google offering credit to pirate sites so they could buy keywords suggested by Google employees according to the sworn affidavit of the pirate site operator in the Easy Download Center case.

The point being that Google employees were only too happy to help pirates operate by manipulating search results through keywords.  And if they could do that, what else were they up to?  I naturally thought of throwing elections.

One of the big differences between 2013 and 2019 is the difference in how people react to these facts.  In 2013 very few people thought that Google could throw an election.  What prompted my 2013 post was a very believable and well constructed study  “Democracy at Risk: Manipulating Search Rankings Can Shift Voting Preferences Substantially Without Voter Awareness” by Dr. Robert Epstein and Dr. Ronald E.  Robertson of the American Institute for Behavioral Research and Technology.  The study focused on how Google could manipulate search results to manipulate public opinion.  My thought was that it was a big claim and however logical and believable it was based on anecdotal evidence, an actual academic study would provide the type of data that would be persuasive.  PBS Newshour interviewed Dr. Epstein:

Not much has changed according to Rep. Tulsi Gabbard’s lawsuit:

In the June 26-27, 2019 Democratic Party presidential debates, tens of millions of Americans got to hear Tulsi Gabbard’s voice for the first time. And people liked what they heard: Gabbard quickly became the most searched-for Democratic presidential candidate on June 27-28. In the crucial post-debate period—a time when presidential candidates receive outsize interest, engagement, and donations—Americans around the country wanted to hear more from Tulsi Gabbard.

To speak to these Americans, Tulsi operated a Google Ads account (the “Account”). A Google Ads account allows a political candidate to speak directly to people who want to hear from her. For example, millions of people were searching for information on Tulsi Gabbard on June 27-28, 2019. Through Google Ads, Tulsi could instantaneously and directly speak to these people by linking them to her webpage, which provides information about Gabbard’s background, policies, and goals.

Or at least that is how things are supposed to work on Google’s search platform—one of the largest forums for political speech in the entire world. In practice, however, Google plays favorites…

Think about it–Google frequently defends what I would call the “Pinto Gap”–Google’s business practice named after the notorious Ford Pinto model with the exploding gas tank.  Why the “Pinto Gap”?  Because one would have to believe that Google has determined, just like Ford, that the cost benefit of programming their search algorithm to perform in a certain way that profits Google more than doing the right thing.  Or at least the lawful thing.  One day we may find out if there is a “Pinto memo” at Google of the kind that took down Ford, but just like Ford, Google will have to be sued to find out, perhaps for products liability.  Or criminally prosecuted, because we’re way beyond Mrs. Palsgraf now.

In response, Google says “automated systems that flag unusual activity on all advertiser accounts — including large spending changes” were to blame for the suspension of Gabbard’s account. Google says their automated systems aim to “prevent fraud and protect our customers.”

“In this case, our system triggered a suspension and the account was reinstated shortly thereafter,” said Google spokeswoman Riva Sciuto. “We are proud to offer ad products that help campaigns connect directly with voters, and we do so without bias toward any party or political ideology.”

Of course.  No one believes that either after many investigations into how Google favors its own products in search results.  Why should Google’s outsized role in the Obama campaigns and the 2016 election–not to mention the Canadian General Election that brought their buddy Justin Trudeau to power–be any different?  Trust me, Google is only too happy for the attention to be focused on “The Russians” and Facebook–and not on them.  Until now. 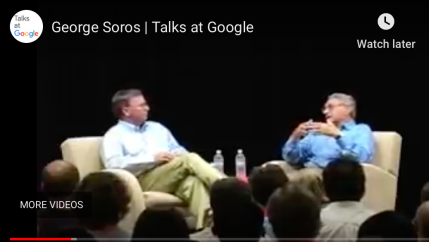 Research I have been directing in recent years suggests that Google, Inc., has amassed far more power to control elections—indeed, to control a wide variety of opinions and beliefs—than any company in history has ever had. Google’s search algorithm can easily shift the voting preferences of undecided voters by 20 percent or more—up to 80 percent in some demographic groups—with virtually no one knowing they are being manipulated, according to experiments I conducted recently with Ronald E. Robertson .

Or they could simply cut off a candidate’s Adwords account if she gets too popular and is not the anointed Google candidate. I commend Rep. Gabbard’s complaint to you for further reading, but here’s a couple excerpts.  Remember, the point is that after the Democrat debates, Gabbard was the most searched for candidate on Google.  If you’re a skeptic like me, you’ll say that somebody noticed that right away and thought that Google had to put a stop to it.

For hours, as millions of Americans searched Google for information about Tulsi, and as Tulsi was trying, through Google, to speak to them, her Google Ads account was arbitrarily and forcibly taken offline.

I would pick a bone with the lawyers on that sentence–it’s very unlikely that it was “arbitrary”.  Saying it was “arbitrary” seems to accept the “glitch” theory, which I don’t.  The Google search algorithm is the most valuable asset at Google.  The idea that it somehow wasn’t working and somehow wasn’t going exactly what it was designed to do beggars belief.  So I would say don’t give them “arbitrary” for a single sentence.  Let them actually prove that–which will open up discovery on the algorithm to the extent it’s not open already.

[T]he Campaign worked frantically to gather more information about the suspension; to get through to someone at Google who could get the Account back online; and to understand and remedy the restraint that had been placed on Tulsi’s speech—at precisely the moment when everyone wanted to hear from her.

In response, the Campaign got opacity and an inconsistent series of answers from Google. First, Google claimed that the Account was suspended because it somehow violated Google’s terms of service. (It didn’t.) Later, Google changed its story. Then it changed its story again. Eventually, after several hours of bizarre and conflicting explanations while the suspension dragged on, Google suddenly reversed course completely and reinstated the Account. To this day, Google has not provided a straight answer—let alone a credible one—as to why Tulsi’s political speech was silenced right precisely when millions of people wanted to hear from her.

But in context, the explanation for Google’s suspension of the Account at exactly the wrong time is no great mystery: Google (or someone at Google) didn’t want Americans to hear Tulsi Gabbard’s speech, so it silenced her. This has happened time and time again across Google platforms. Google controls one of the largest and most important forums for political speech in the entire world, and it regularly silences voices it doesn’t like, and amplifies voices it does….

Google’s arbitrary and capricious treatment of Gabbard’s campaign should raise concerns for policymakers everywhere about the company’s ability to use its dominance to impact political discourse, in a way that interferes with the upcoming 2020 presidential election.

Now listen up because this is important:  If it weren’t for Rep. Gabbard fighting back nobody would even know it happened.  And if they’ll do it to a presidential candidate, they will definitely do it to you.  This one is live, real, and is not going away.  This isn’t a question of money, and hopefully she won’t let them buy their way out of it.  That’s how we got here.