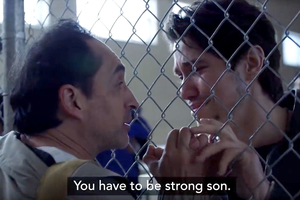 As part of Ad Age’s continuing TV upfronts coverage, we’re serving up trailers for new fall series all week long. This (above) just in: Freeform’s “Party of Five,” a reboot of the ’90s Fox drama. In this version, though, it’s not parental death that creates a family crisis—it’s deportation.

Freeform also unveiled two other original series as part of today’s Walt Disney presentation at Manhattan’s Lincoln Center. “Motherland: Fort Salem” (below), an alternative-history witchy warrior drama set in Salem, Massachusetts, and “Everything’s Gonna Be Okay” (also below), a family comedy from Josh Thomas, the star and creator of the beloved Australian comedy-drama “Please Like Me” (which aired in the U.S. on the now-defunct Pivot a few years back).