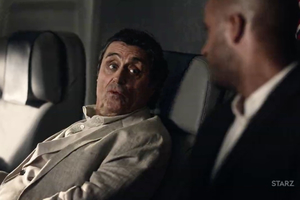 Lions Gate Entertainment Corp., the studio behind “John Wick” and the “Hunger Games” movies, is in talks with potential partners to fund its international expansion, people familiar with the matter said.

The Santa Monica, California-based company has been speaking to financial and strategic investors about financing the rollout of its Starz network in overseas markets, according to one of the people. A deal could involve raising several hundred million dollars for a multiyear rollout of the subscription video service into more countries, the person said, asking not to be identified as the details aren’t public.

Lions Gate shares rose as much as 2.2% in New York trading Friday. They were down 16% this year through Thursday’s close.

The discussions don’t involve selling a stake at the parent company level, the people said. Lions Gate aims to reach an agreement in the next couple of months, according to one of the people.

Lions Gate is seeking ways to further capitalize on its acquisition of Starz—home to shows like “American Gods” -- which it bought in a $4 billion deal in 2016. In March, Apple Inc. said it will carry the channel on its upcoming streaming service, following an agreement last year for it to be part of Amazon Prime in the U.K. and Germany.

Starz has also launched in Canada on Bell Media and is the leading subscription video-on-demand service in the Middle East and North Africa. The network could be in over 50 international territories by next year.

Deliberations are at an early stage, and Lions Gate has been considering a number of different options, the people said. A representative for Lions Gate said the company has no comment.