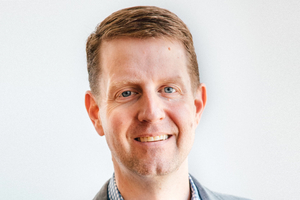 “When we won the Volkswagen business earlier this year, we knew we had an immense opportunity to re-introduce the brand to today’s modern world,” Wilcox said in a statement. “Ben’s category experience leading high-functioning teams and delivering best-in-class ideas will be integral to the mission we have for this brand, and our success as a collective team.”

Muldrew spent 11 years at TBWA\Chiat\Day, where he most recently led the Nissan North American business including Nurve, the Japanese automaker’s bespoke social and precision-digital business model. He has also served as global network director of the Nissan United team, Omnicom’s dedicated unit for the company globally.

"Ben has been a valuable part of our team, and we wish him all the best as he takes on this new role," TBWA\Chiat\Day New York CEO Rob Schwartz said in an email to Ad Age.

Muldrew is familiar with the Volkswagen business already, having spent time leading its global motorsports sponsorship as senior marketing director for WWP (Weirather-Wenzel & Partner) and also working on its North American business at Havas-owned Arnold Worldwide in the late 1990s and 2000s.

WPP won the Volkswagen business in November following a seven-month global agency review. Interpublic Group of Cos.’ Deutsch previously handled the German automaker’s account for nearly a decade. Volkswagen is the 61st-largest advertiser in the U.S., with a total of $746 million in 2017 spending, according to Ad Age’s Datacenter.