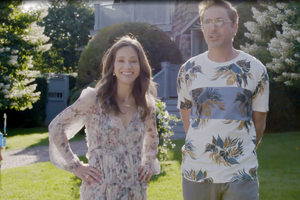 At first glance, Architectural Digest doesn’t seem like it was made for YouTube. After all, it's an almost a 100-year-old design magazine concerned with luxury homes—no kids making slime or articles featuring K-Pop sensations--but in the past year the Condé Nast-owned publisher quadrupled its audience on YouTube.

Now, Architectural Digest has 1.4 million subscribers to its channel, as Condé Nast has re-calibrated its entire approach to the video site and digital platforms. This has helped reinvigorate other classic publications like Bon Appétit, which saw subscribers triple in the past year to 3.7 million.

Just scrolling through Architectural Digest’s channel shows how the publisher is thinking about YouTube differently. Before a year ago, most videos typically ran for one to three minutes, now shows run six to 10 minutes and longer.

“We’re seeing outstanding watch times and viewership for shows,” says Oren Katzeff, president at Condé Nast Entertainment. “Engagement goes up as we create longer episodes, and it creates opportunities for ad insertions in ways you can’t when the content is only three minutes long.”

“Open Door,” a celebrity homes show that premiered in late 2017, is an example of how the publisher learned from the glossier brands like Vogue, Vanity Fair, GQ and Wired with YouTube channels that often star famous people and reference pop culture. The first episode of “Open Door,” which starred Robert Downey Jr., has a nearly six-minute runtime and generated 12 million views. For comparison, two years ago on Architectural Digest’s channel, a 35-second video about the top five architectural marvels of Milan generated 17,000 views, typical of the content length and audience size at the time.

“Celebrities were not the obvious choice for Architectural Digest,” says Pamela Drucker Mann, chief revenue officer at Condé Nast. “But we thought maybe it would be more relevant for that millennial and Gen-Z audience.”

As it reshapes its approach to digital, Condé Nast’s is focusing more on YouTube than Facebook, Instagram, Snapchat and Twitter, to find that next-generation audience. It creates shows for all its top brands—Wired, Vanity Fair, Vogue, GQ and others. The entire YouTube audience for Architectural Digest are new recruits who have never even read the magazine, says Drucker Mann, who was promoted last year to chief revenue officer.

“When you look at the platforms, in general, YouTube vs. Facebook,” Katzeff says, “YouTube has just been in the video business longer and worked out the kinks. It developed a playbook for success.”

Katzeff was brought on from Tastemade to head Condé Nast Entertainment, which controls the digital video direction of the company. Condé Nast was going through tough times amid mounting revenue shortfalls and layoffs, and one of the biggest changes was to the ad sales structure. Recently, Condé Nast started selling to advertisers according to category—beauty, fashion, lifestyle, consumer products and agencies. Instead of having a sales team for each publication, they sell the combined audiences.

Condé Nast sells out of most of its YouTube ad inventory across all its channels, which reach 28 million subscribers, according to Drucker Mann, and that is an advantage it has over most creators on the Google-owned video site. Only major media partners like Condé Nast are even allowed to manage their own ads on YouTube, which mostly handles the ad insertions across the platform. For the top publishers, YouTube typically just fills the left-over inventory.

Condé Nast is still focused on its own websites and properties and the other social platforms, but audience sizes on YouTube are a bigger draw for advertisers looking to run digital video ads that are as close to the TV model as possible, according to Jennifer Morgan, director of digital investment at Mindshare, who works with mostly consumer product brands that advertise with the publisher’s YouTube channels. Advertisers are eager to attach themselves to the kind of viewing happening on YouTube, Morgan says, where people aren’t simply stumbling into a video on a website, but are going there to watch shows.

“Condé definitely is still selling its owned and operated video, and they tap into that as much as they can,” Morgan says. “But really the scale is greater on YouTube, and the consumer behavior is going to YouTube to sit down and view content for extended periods of time compared to Condé’s sites.”

In April, its best month on the platform, there were 430 million views on YouTube, an increase of 102 percent year over year, according to the company.

YouTube has been a bright spot for ad revenue, too, up fivefold in 2018 compared to 2017, the company says, though it would not disclose how much it earns from the site.

Like all traditional media companies, Condé Nast is trying to find where it fits into the digital world, with the explosion of platforms Facebook, Twitter and Snapchat, and streaming video on Amazon, YouTube and even Netflix. Though Netflix isn’t ad-supported, the company does license shows and documentaries from publishers.

“Our biggest partner is YouTube,” Drucker Mann says. “And we are going to be expanding that partnership. We’ve already experienced record-breaking growth the last three years … we are interested in going deeper with them and doubling down.”