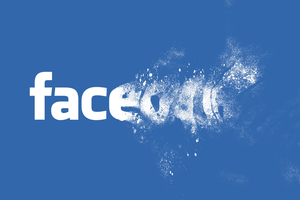 Facebook is preparing advertisers for the “clear history” tool that will let people erase their personal data from the social network, affecting ad targeting.

On Tuesday, Facebook announced the long-awaited “clear history” feature would roll out in the coming months. It will allow users to delete data that the social network gathers from websites and apps outside of Facebook, and no longer use that data for advertising.

“When someone disconnects their off-Facebook activity, we won't use the data they clear for targeting,” Facebook said in a blog post on Tuesday. “This means that targeting options powered by Facebook's business tools … can't be used to reach someone with ads.”

Some of Facebook’s most popular marketing technology like the Facebook Pixel and Custom Audiences could be rendered useless if a person erases their tracks. Brands use the pixel, computer code, to tag a user when he or she visits their websites—and then hit them with an ad when they are back on Facebook. If people clear their pixel, they won’t be accessible that way again, unless they visit the website again and rebuild their history.

In that way, it is similar to clearing cookies on a web browser like Google’s Chrome. Facebook is implementing these new privacy measures as it responds to the increased scrutiny over data collection and privacy policies. The entire digital advertising industry is rethinking its history of collecting information on everyone’s whereabouts online for the purposes of serving highly targeted messages.

Google just last week announced that Chrome would have new anti-tracking features that give people more control over how websites collect data about them. Google was following Apple’s stricter anti-tracking policies on Safari.

Facebook is in the middle of negotiations with U.S. regulators over its history of collecting and sharing data with developers outside its own social network. The company is expected to reach a deal with the Federal Trade Commission to oversee its privacy practice for decades to come and to pay a possible $5 billion fine for its past practices.

In the past year, CEO Mark Zuckerberg has tried to reorient the company so that it operates form a privacy-first mindset with new tools like the “clear history” function and encrypted messaging. At its developer conference earlier this month, Facebook revealed a series of product updates that spoke to its goals of increased security.

The clamp down on the free flow of user data, however, will impact the advertising industry, and the company has been talking to brands and agencies about what they can expect.

“We've had conversations along the way with businesses, agencies and industry bodies to get a sense of things advertisers will want to know in preparation,” Facebook said in an e-mailed statement.