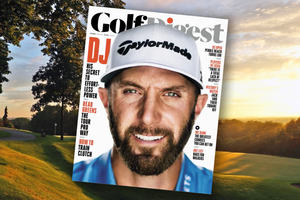 Discovery is buying Golf Digest, one of the titles that Condé Nast put up for sale last summer along with W and Brides. The latter two have yet to find buyers.

The purchase is a logical strategic investment for Discovery, as the company notes in a release, saying that,

The acquisition creates a powerful programming engine by adding Golf Digest to GOLFTV’s offerings that already include exclusive carriage of the PGA TOUR, the European Tour and the Ladies European Tour, as well as the Masters Tournament, in select territories outside the U.S. and Discovery’s exclusive global content partnerships with Tiger Woods, winner of 82 PGA TOUR events and 15 major championships, and Francesco Molinari, winner of three PGA TOUR events and the reigning Open champion.

Discovery also seems quite happy to be bringing Jerry Tarde, the long-running editor-in-chief of the monthly, on board. He’s keeping his EIC role and adding “global head of strategy and content, Discovery Golf” to his title, which means he’ll also manage GOLFTV and report in to Alex Kaplan, president and general manager of Discovery Golf. Ad sales at Golf Digest fell under the purview of Eric Gillen, chief business officer of Condé Nast’s Lifestyle Division, which also includes Bon Appétit, Epicurious, Architectural Digest, Self and Condé Nast Traveler. Discovery’s existing golf-media sales apparatus is expected to take over.

Condé is reportedly only getting about $30 million for Golf Digest, which as the New York Post’s Keith Kelly notes, “is a fraction of the estimated $430 million that Condé Nast paid to buy the monthly magazine and several smaller titles from The New York Times back in 1990.”

The Golf Digest brand has been morphing into a digital-first brand, with digital contributing nearly nearly half of overall revenue. Much of that digital revenue has come from video, with the magazine launching various video-centric franchises over the past couple of years, including its popular “Every Hole At...” flyover tours of famous golf courses and the Golf Digest Schools All Access platform.

The print edition is still formidable, though, with a 1.7 million rate base in the United States and licensed editions distributed in nearly 70 countries. Discovery has committed to continue publishing the print magazine as a monthly.