How Biofreeze is trying to become the Gatorade of pain relief: Marketer’s Brief Podcast | Advertising Age 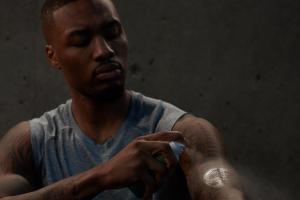 The marketing for topical pain relief brand Biofreeze was once pretty basic, to put it mildly.

But in search of more growth, Biofreeze in 2016 opted to become a consumer brand, adding distribution at Walmart, Target, CVS and other big retailers. That immediately put more pressure on Biofreeze to amp up its branding to make the retail investment pay off.

On the latest edition of Ad Age's Marketer's Brief podcast, McGoohan describes how the company built its consumer marketing from scratch. That included signing big-name athlete endorsers like NBA star Damian Lillard to raise awareness while assembling experiential marketing programs to reach consumers when they need pain relief the most. Last year, Biofreeze inked a three-year title sponsorship of the San Francisco Marathon.

Marathons are “the ultimate sampling opportunity because someone actually needs [Biofreeze]. You apply it to them and they go off and do something great,” says McGoohan, who joined Performance Health in 2017 after serving as VP-global head of strategy, insights and analytics for Mondelez International.

Biofreeze in many ways models itself after Gatorade, which McGoohan referred to as a “mentor brand.”

“The way Gatorade was built really on the sidelines, we’ve been built up with athletic trainers and in recovery rooms,” he says on the podcast. While Gatorade's focus is on fueling athletes, Biofreeze addresses how athletes feel, he says. “Feeling is a really important word for our brand because it is a product that (when) you immediately apply it, it provides you fast-acting powerful pain relief in that moment of need.”

A recent campaign starring Lillard shows him training and uses the tagline “Feel no limits.”

Biofreeze competes against the likes of Salonpas and Icy Hot, as well as ingestible pain relief pills like Advil.

On the podcast, McGoohan addresses the rise of CBD, an extract derived from hemp plants that enthusiasts have cheered as a panacea for aches and pains.

“Our products are proven to be safe,” he says. “We have over 70 studies that prove the clinical efficacy of Biofreeze. There is zero clinical evidence yet that CBD provides pain relief.”