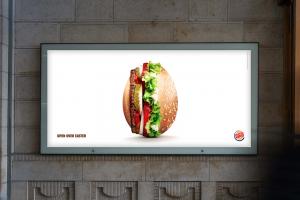 We're starting this week's brief with some exciting news of our own. Ad Age has hired Lindsay Rittenhouse (below) to be our new agency reporter.

Many of you already know Lindsay from Adweek, where she was a staff writer covering agencies and their clients. Along the way, she has worked at The Times of Trenton (a fellow New Jerseyan), TheStreet and its sister paper the Deal Pipeline. She brings a lot of enthusiasm and some fresh ideas about how to cover the beat and elevate our coverage. "I’m delighted that Lindsay will be joining us as we continue to cover an industry that is undergoing change at an unprecedented rate," says Brian Braiker, Ad Age editor. "She’s got her work cut out for her!" Including this column, which she'll be taking over from me.

Lindsay starts here on April 29th, and you'll see her in Cannes. In the meantime, we are popping the rosé.

Did you make the list?
The Effies are out with its Index Ranking of most effective companies, brands and agencies around the world. Topping the holding company list, in this order, are WPP Group, Omnicom Group, Interpublic Group of Cos., Publicis Groupe and Dentsu. The most effective agency networks are McCann Worldgroup, BBDO Worldwide, Ogilvy, Wunderman Thompson and DDB Worldwide. And the most effective agency offices are Sancho BBDO in Bogota; FP7/DXB in Dubai; McCann Worldgroup, New Dehli; Ogilvy Mumbai; and DDB Group, Auckland.

Burgers in your Easter basket
The Easter Bunny has gone rogue in Switzerland, where Burger King is running outdoor ads showing the Whopper as an Easter egg. (Next up, Peeps fries?) The campaign is from Freundliche Grüsse in Zurich and aims to remind consumers that the restaurant is open even on Easter. And we thought the country was known for chocolate.

Lazarus rising
This week I got to fangirl over Shelly Lazarus, chairman emeritus of Ogilvy, who is of course also a Hall of Famer and one the most 100 influential women in advertising as ranked by Ad Age. You'll have to wait for next week's AdLib podcast to hear our full interview, but suffice to say we talked about everything from the progress of women in the industry to the #MeToo movement. Especially fun were details about the hostile WPP takeover of the agency and some fun facts about David Ogilvy himself, such as how  he would order his meal in a restaurant.

How’s your ‘basculinity?’
72andSunny Amsterdam is breaking a new campaign for Axe body wash starring actor and comedian Lil’ Rel Howery in a bathtub as he humorously explains how important it is to be comfortable in your own (presumably wrinkly) skin. The shop coined the word “basculinity” for the ads and has gone so far as to get it published in Wikipedia and the Urban Dictionary. The definition for basculinity, according to the agency? A noun meaning “qualities or attributes regarded as characteristic of guys who take pride in their appearance and feel confident in expressing their unique, most attractive selves, inside and outside of the bathroom.” Watch the spots here.

On the move
Omnicom’s We Are Unlimited says Derek Green has joined the McDonald’s-focused shop as an executive creative director. Green was executive creative director at WPP’s Ogilvy Sydney from 2015 to 2018… Layne Harris has been named senior VP of creative technology and innovation at Big Spaceship in Brooklyn, New York. He had previously led the innovation group at 360i… Tracey Barber has been named global CMO at Havas Creative from group CMO, U.K. and Europe... Magnus Blair is joining Joan as chief strategy officer from HP, where he was global head of brand and campaign planning.