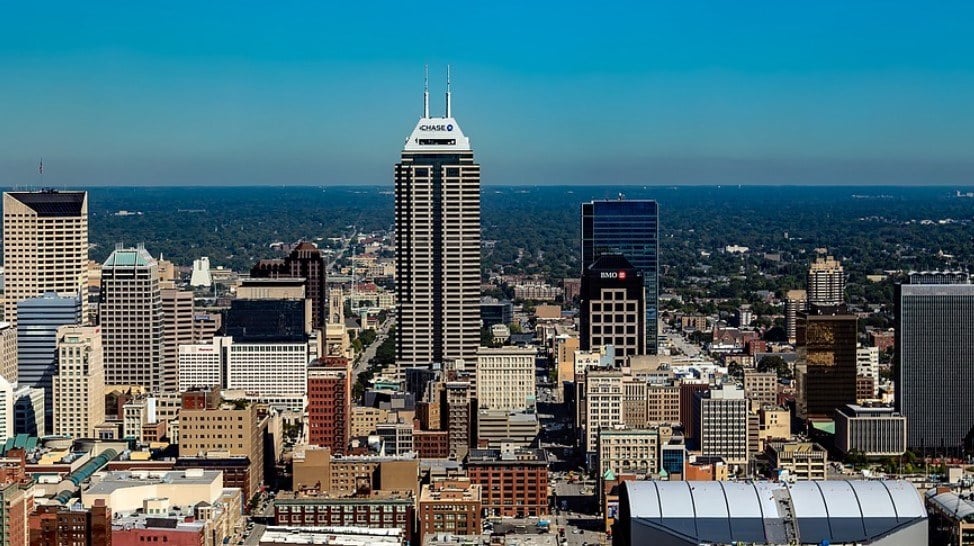 Over the past years, dozens of independent photographers have taken their copyright disputes to court, accusing companies of using their work without permission.

While many of them have a legitimate claim, these ‘photo’ lawsuits generally have a bad reputation. This is in part due to the tactics employed both in and outside of court.

One of the most active attorneys, Richard Liebowitz, made a name for himself through such controversial practices. Courts have repeatedly reprimanded the attorney for various types of misconduct, including a $100,000 sanction a few weeks ago.

Another common name in federal courts is Richard Bell, who’s both a photographer and attorney. Over the years he filed more than 100 lawsuits for the unauthorized use of an Indianapolis skyline photo he claims to own the rights to.

To outsiders, these cases may appear to be regular copyright claims, but they also show the hallmarks of “copyright trolling.” The attorneys use the pressure of federal lawsuits and potential statutory damages of $150,000 to extract high settlement fees from defendants, without fighting a case on its merits.

While it’s unclear what the success rate of this practice is, most cases are indeed settled outside of court, suggesting that the strategy pays off. However, that’s not always the case. For Richard Bell it recently backfired.

In 2016 Bell filed one of his many lawsuits. The target, in this case, was Carmen Commercial Real Estate Services who used the contested skyline photo in a blog post.

When Bell contacted Carmen Commercial he was offered a $1,000 settlement. However, the attorney wanted more and requested $5,000. He threatened a lawsuit if the real estate company failed to pay up.

This type of settlement pressure is not new. However, Carmen Commercial chose not to pay up and opted for a court battle instead. There, the company argued that Bell couldn’t prove that he owns the rights to the photo. And if he took it, it was made under the “work for hire” doctrine.

The case eventually went to trial where the jury sided with the real estate company. Bell obviously wasn’t happy with the outcome and demanded a new trial.

This request was recently denied by a federal court in Indianapolis. Not only that, the court also awarded $172,173 in attorneys’ fees and costs to the real estate company. This is justified, the court argued, in part due to the pressure tactics that were used.

“Defendant here offered to settle the matter for $1,000 before suit was filed. Yet Bell proceeded to trial seeking $150,000 in statutory damages on scant evidence of willful infringement,” Judge James Sweeney writes.

The court correctly mentions that Bell has filed many lawsuits over the ‘skyline’ photograph. It also notes that other judges have mentioned that his motive appears to be to extract quick and easy settlements instead of protecting his copyrights. 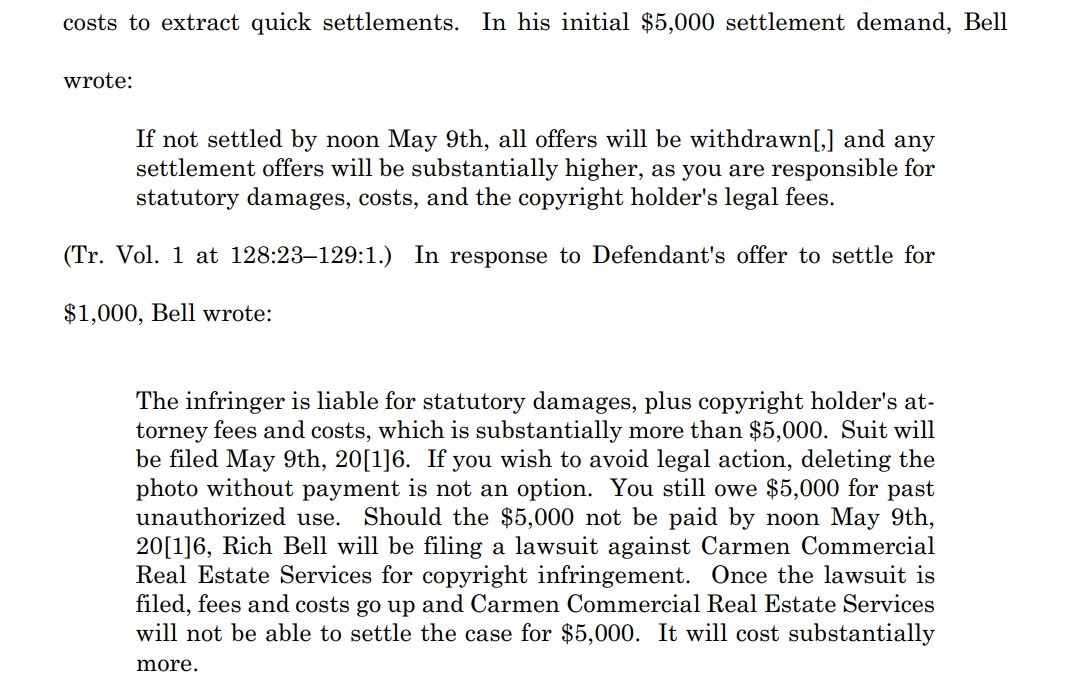 These settlement demands can be quite lucrative. They can reach 1,000 times the market value of an actual license, the court mentioned. The defendant, however, will always have costs, whether they choose to pay up or if the matter ends up in court.

This means that defendants in these cases are at a disadvantage, so compensation for their costs, which are way higher than the initial settlement offer, is appropriate. Otherwise, it would be a hollow victory. At the same time, it should deter the attorney from filing similar lawsuits in the future.

In this case, Carmen Commercial calculated its costs to be $172,173, which the court deemed to be reasonable. While it wasn’t a quick and easy win for the real estate company, it’s certainly a big one.

As for that skyline photo which started this four-year legal battle, Carmen Commercial still uses that in its blog posts. With proper permission from the rightsholder, we presume.

A copy of Judge Sweeney’s order, denying a new trial and granting the motion for fees and costs, is available here (pdf)