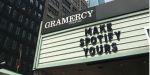 'Fake music' on streaming services is an ongoing challenge for labels and artist teams to tackle.

That's the case whether the music is really by a star but uploaded without their permission under a different artist name, or the flipside of that: music by an unknown artist uploaded in a way that makes it appear to be by an establish act – including appearing on their profile and in personalised recommendations for their fans.

The latest example is outlined by Input, with a rogue track on Spotify that appeared to be by the band TV Girls, but wasn't. "They hadn’t greenlit a new single, and the cover art, a hi-res stock photo of two hands clasping, was a far cry from their usual two-tone, film-grain aesthetic... Instead of the hypnotic bedroom pop the band built its following on, this was generic, sanitised EDM," it explained.