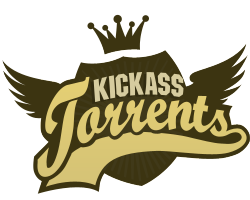 Four years ago KickassTorrents was the most popular torrent site on the Internet.

With millions of daily visitors, it had even surpassed the mighty Pirate Bay. A month later, however, the site was gone.

The site’s quick demise was the result of a criminal investigation by the FBI. This resulted in three indictments, with alleged operator Artem Vaulin being the main target.

Vaulin, who was born in Ukraine, was arrested at a Polish airport and later transferred to a local prison. The outstanding extradition request from the United States accused him of being the mastermind behind KickassTorrents, which ‘shared’ over $1 billion in copyrighted content.

“Vaulin is charged with running today’s most visited illegal file-sharing website, responsible for unlawfully distributing well over $1 billion of copyrighted materials,” said Leslie R. Caldwell, who was Assistant Attorney General of the Justice Department’s Criminal Division at the time.

The shutdown came as a severe blow to the torrent community and made headlines across the globe. It was also the first major piracy-linked criminal case launched by the US Justice Department after its dismantling of Megaupload.

And with Kim Dotcom and his former Megaupload colleagues digging their heels deep into the sand in New Zealand, the US Department of Justice could use a success.

No Progress in the Extradition Battle

Today, three years and eleven months later, this success is far away. In fact, the KickassTorrents case has yet to get started. After spending several months in a Polish prison Vaulin was released on bail. He has no intention to go to the US and continues to fight the US extradition request.

Early on, it appeared that this process would be over relatively quickly. Early 2017, a Polish court ruled that Vaulin could be extradited. However, this has yet to be confirmed in a second proceeding after which the Minister of Justice would have to issue the final decision.

The lack of progress was made clear again a few days ago when US Attorney John R. Lausch Jr. informed the federal court in Illinois that there’s still no movement in the Polish matter.

“Defendant is still undergoing extradition proceedings in Poland, and the parties are not currently aware of a timetable for a resolution of those proceedings,” Lausch wrote, adding that the discovery process hasn’t started and that no court date is to be scheduled in the coming months. 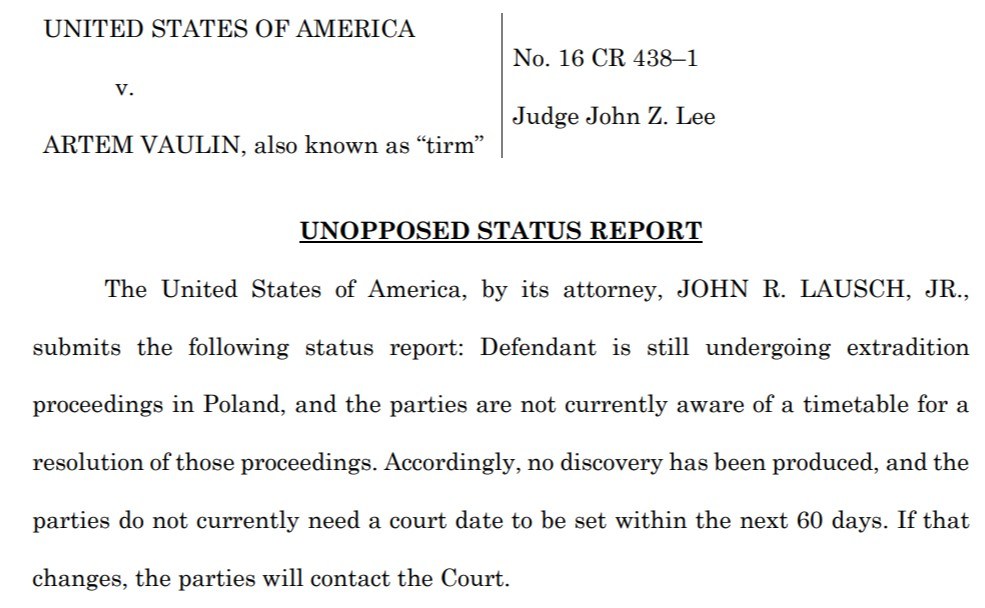 TorrentFreak reached out to Vaulin’s legal team which confirmed that there have been no new developments. This means that the wait continues, as well as the uncertainly for Vaulin, who remains out on bail.

Instead of a quick success, the KickassTorrents case has turned into another prolonged extradition battle, much like the case against Megaupload where there’s still no final decision after more than eight years. And the comparisons don’t stop there.

The Other KickassTorrents Defendants

While most attention has focused on Vaulin, there are also two other defendants in the KickassTorrents case; Alexander Radostin and Ievgen Kutsenko. As far as we know, the two Ukrainian men are still in Ukraine and have not been apprehended.

A US District Court recently asked for an update on all three defendants, but the US prosecution’s reply only mentioned Vaulin, which suggests that the others are out of sight for now. That’s similar to the Megaupload case, where several defendants also remain ‘missing’.

Time will tell whether any of these criminal cases will ever make it to court. However, like Megaupload, the KickassTorrents site is long gone. Several former staffers did launch a new site, mimicking the look and feel of the old home, which remains online today.