“It’s been very gratifying to see the music community pull together… It’s gone really well: we’ve raised over $10m now. Unfortunately, the need is enormous. We’ve had over 10,000 applications for aid already, and we’re only six weeks into this thing. The crisis is going to be long lasting…”

Steve Boom is VP of Amazon Music, but he’s also chairman of the board at MusiCares Foundation, the charitable affiliate of the Recording Academy, which has taken a central role in the Covid-19 coronavirus relief efforts for musicians and the music community in the US.

Boom has been working with Recording Academy chairman Harvey Mason Jr. since “very early on” in the current crisis on the MusiCares Covid-19 Relief Fund, which has already been backed by an array of major labels and publishers, digital music services, collecting societies and other industry entities.

“We’re very happy with where we are, but we know there’s going to be a lot more money to raise,” says Boom, adding that the fact that MusiCares already has the infrastructure in place to evaluate applications for help and then to distribute the funds has been key to hitting the ground running.

A quote from Boom’s statement when the fund launched has stuck in Music Ally’s mind. “We’re all in when the good times roll, and it’s important that we’re all in when times are tough, too,” he said then. Particularly with the streaming services in mind, has that been an important motivation in putting together the coalition of supporters?

“That quote was not directed specifically at the DSPs, but really broadly at the industry. I do think it’s important that the first group of companies that mobilised in support was the DSPs,” he says.

“Amazon was on board immediately, not just because I’m the chairman of MusiCares, but because when I talked to everyone on my music team, the desire to help was enormous. And I got immediate responses on the phone [from other DSPs] when we made the announcement.”

“We’re all being impacted by this. Every company’s employees – the DSPs, the labels, the collecting societies, the publishers – we’re all affected too. But we also all want to help other people outside our company, in the industry,” he continues.

“MusiCares was established with the recognition that most people in the music business, whether artists or songwriters, session musicians, touring musicians, stage crew, road crew… Most people are self employed and don’t enjoy a safety net. It’s a tough life, they work so hard to bring music to make our lives better, and there are times when they need help.”

Boom was talking to Music Ally from his home last week, but this interview began as a face-to-face chat with him and Paul Firth, Amazon Music’s UK head, in London this February when Boom was in town for Brit Awards week.

It was due to be published in our Q1 2020 report in early April, so we talked about Amazon Music’s growth; Alexa and smart speakers; streaming trends.

What we didn’t talk about was the Covid-19 outbreak: although it was making headlines in the west, it hadn’t yet been classified as a pandemic by the World Health Organization; nor had it shut down the live music industry and put billions of people (artists, industry people and fans alike) into lockdown.

A lot had changed between the interview and its planned publication, hence the late-April catchup call to ensure this final piece would be up to date. 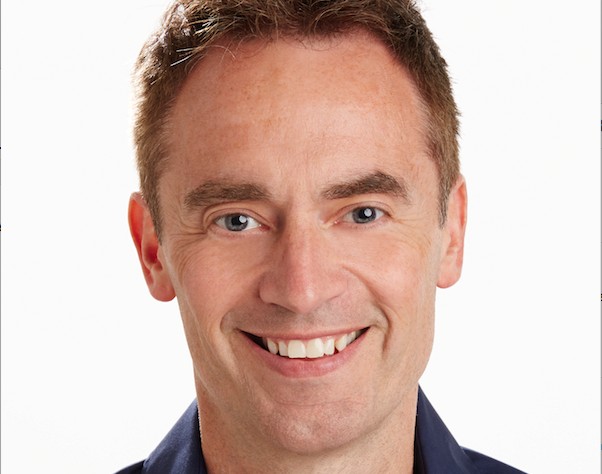 Besides Boom’s MusiCares role, he and the team at Amazon Music have been figuring out – like their peers at rival DSPs – how the service itself should respond to the current situation.

For Amazon Music, that has included matching donations for individual artists’ fundraising campaigns including Megan Thee Stallion and H.E.R; donating ad inventory on its free tier for Covid-19 public service announcements; and delivering devices and subscriptions to recovering hospital patients via a partnership with Musicians On Call.

It has also been working with Amazon’s live-video subsidiary Twitch to help artists set up their channels on the latter platform, and then to promote their streams. Amazon Music was involved with the Twitch Stream Aid charity concert; worked with Willie Nelson and Jack Johnson on livestreamed festivals; organised an #AmazonEnCasaFest event in Spain to raise money for the Spanish Red Cross; and has hosted artist Q&As on its homepage using the ‘Amazon Live’ feature – including Dua Lipa, Charlie Puth and Gabby Barrett.

“Dua Lipa was in her kitchen, and she’s absolutely charming. I thought it was a great moment: if you’re a fan of Dua Lipa, you saw her in a whole new light. That’s partly what people are looking for: music to not just provide entertainment, but also emotional support” says Boom.

“You can’t replace the live music experience, but what I think we’re seeing is people figuring out the livestreaming medium, and what type of content works and feels authentic to that medium. We’re all seeing the potential to create those direct connections between artist and fans. That’s exciting, and it’s something that’s going to persist long after we get back to a normal situation.”

Like every streaming service, Amazon Music has been curating for Covid-19 too, with a slate of programming including playlists for working from home, listening with the family, relaxing and so on.

Recent weeks have seen several reports claiming that audio streams have fallen during the crisis, possibly due to people’s changed habits as they work from home, including competition from other media. Boom thinks that the music industry shouldn’t be diving for the smelling salts.

“It’s natural that everybody is trying to read the tea leaves immediately. I don’t think it’s worth people freaking out if they read that in the first two weeks, consumption overall was down. Two weeks does not a trend make, y’know! It’s just two weeks,” he says.

What has Amazon Music seen so far, in terms of trends? “Similar to what the reports we’ve read have said: a decline in commute-time listening, which is streaming from people’s phones in the subway or in their cars,” says Boom.

“However, we look different from the rest of the streaming services. We have more balance in our listening between home devices and mobile devices. So while we’ve seen a similar commute-time decline [from mobile phones] we’ve seen an increase in home-device listening that more than offset the decline in commute-time listening.”

“While the industry may have seen consumption time decline, we actually saw a modest increase.”

What about listening habits? Boom says that the first two weeks of the global lockdowns saw people turning to playlists geared towards staying in, working from home, home gym workouts and so on. However, now they’re starting to drift back to the music they were listening to before.

“I can speculate that the longer we’re working in a quarantine situation, the more that’s becoming our new normal. It’s not surprising that people are starting to return to more normal listening habits,” he says.

Amazon Music’s big curated playlists are bouncing back, although children’s music remains strong, while a playlist called ‘Feeling Happy’ is now a regular in the top 10 playlists on the service. “It’s doing 20 times better than our ‘Feeling Blue’ playlist,” notes Boom. “People are looking for music to lift them up, not to commiserate with them.”

Something else that has been lifted up in recent times – and if you think this is a transparently clunky segue back to the original interview from February, you’d be absolutely right – is Amazon Music’s listener figures overall. Head to part two of this interview for that.