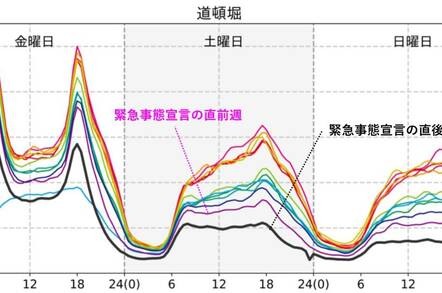 Yahoo! Japan data on the number of people in Susukino St Hokkaido from January to March 2020

Yahoo!’s Japanese offshoot has signed a deal to share analysis of its users’ locations, to help the nation’s effort to detect coronavirus clusters.

As announced on Monday by Japan’s Ministry of Health, Labor and Welfare, the government has struck a deal with Yahoo! Japan to source “statistical information created by analyzing the location information of users of its services.”

Exactly what data Yahoo! Japan will share hasn’t been disclosed. However the Ministry’s initial request mentioned “data that statistically aggregates and analyzes user movement and service usage history” along with all the right caveats about preserving individuals’ privacy. As it happens, Yahoo! Japan has already published that sort of thing, in the form of graphs depicting the number of people present in certain areas of Japan.

The Yahoo! Japan deal won’t set a precedent for worldwide Yahoo! users. Yahoo! Japan has long been independent from other Yahoo! outposts around the world and is rated the nation’s most-visited website. That status is in part thanks to its dominance of Japan’s online auction market, which it has dominated since eBay quit the country in 2004. ®