A flurry of recent reports have noted that in the initial weeks of the Covid-19 coronavirus lockdown, music streams declined. Should the industry be worried? Universal Music Group’s EVP of digital strategy Michael Nash has dampened down those fears.

“The subscription business, which is the big driver for revenue, is relatively stable based on its underlying dynamics. You’ve got the recurring billing relationship with the consumer, and so even if consumption’s down a little bit, the revenue that’s being divided up among the artists and labels is relatively constant,” he said yesterday.

Nash was speaking in an online panel that was part of the Artist Rights Symposium II, organised by the University of Georgia Music Business Program at Terry College of Business.

He later returned to the topic, acknowledging that ad-supported streaming may take a hit from brands pausing their spending, but reiterating that subscription music revenues should remain fairly stable.

“We’re very fortunate that we have substantially migrated, though, to subscription-based revenue in recorded music. We have a high degree of resiliency there because of the nature of the model,” said Nash.

The danger for music would come if, under pressure to cut household costs, people who already subscribe to music subscription services started cancelling those subscriptions and dropping back to free services.

“We’re not seeing immediate concerns emerging around this regression from paid to free. That could change over time,” admitted Nash. However, he offered more optimism about why such a churn may be avoided.

“There’s a loss of alternatives in terms of discretionary spend. People are not going to sporting events. They’re not going and having a nice meal in an expensive restaurant. So the fact that you see this surge in all subscriptions, and a surge in music subscriptions, in the near term speaks a little bit to what’s happened in terms of the balance of different drivers in the economy.”

“The fact, again, that recorded music is significantly transformed around the subscription model is going to be something that will provide a source of stability going forward.”

Interestingly, Nash also suggested that the Covid-19 crisis may lead to labels playing a bigger role in other parts of the music industry – live for example – in order to help artists survive and thrive.

“The reality is that the health and welfare of our artists is central to everything we do, and so we do have a stake in what’s happening in the broader ecosystem,” he said.

Nash expanded on that point shortly afterwards. “The real issues, the real challenges, are going to be about the health and welfare of artists, and about where the creative community nets out,” he said.

“So I think that the labels are going to have to reach out beyond their more protected segment of the music ecosystem, and they’re going to have to take a more active and participatory role to look after the welfare of artists in some of the other sectors.”

Martin Goldschmidt, founder of independent label Cooking Vinyl, was also part of the online panel. He agreed with Nash’s point about the stability of subscription streaming revenues.

“It’s one of the things that’s very important, that most people haven’t picked up on. People have gone on about streaming being down 10%, and Michael you made the really important point: the pot is the same size. All it means is you earn more per stream, it doesn’t mean there’s less money there,” he said.

Goldschmidt did not soft-soap the wider impact of the Covid-19 pandemic on artists and the wider industry, but suggested that there are positives to be found within it.

“It’s a shitshow for artists and for agents, and for promoters and for festivals and stuff. [But] wherever there is a horrendous situation like this, there is always a silver lining. There is always an opportunity.”

As one example, Goldschmidt cited a recent album released by independent artist Ron Sexsmith, which he said had got “incredible” support from radio and press in Europe, far beyond what would have been expected by Cooking Vinyl.

“The reason for that’s very simple: so many releases have been pulled. There’s much more space in parts of the media now that there wasn’t before… they’re very thankful to have a very high quality record to review,” he said. 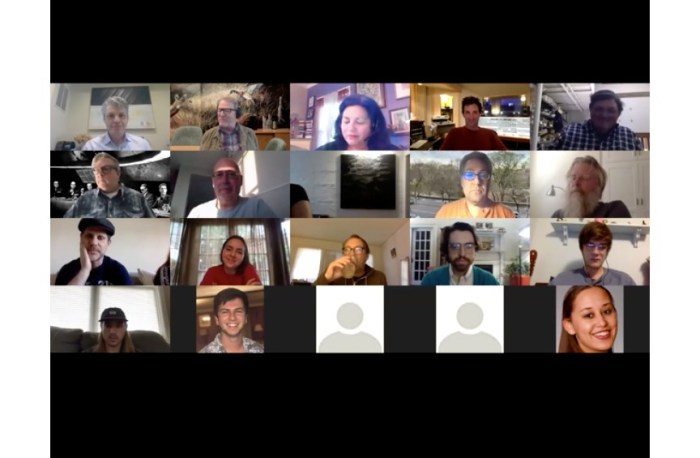 Theresa Kereakes, the famed music photographer-turned-attorney who now works in a senior position at Warner Music Group, was also on the panel.

She talked about how WMG has been adapting its release plans during the pandemic, including digital releases tapping the “humongous” inventory of catalogue division Rhino; releasing remixes and new variations of tracks from albums that came out in the last few years; and supporting artists who are writing and recording new songs in response to the crisis.

“The artists under all of our brand portfolio are really taking advantage of every opportunity… So far it doesn’t feel like we’ve had any stalls,” she said. “We are embracing technology more and more every day, and this has given us a really good opportunity to go full-bore on that, and get people to embrace it where maybe they were hesitant before.”

Kereakes also talked about when the potential impact on artist royalties from the Covid-19 lockdown – and particularly from the hit to physical sales – might be felt.

“I think that the royalty cheque that’s really going to hurt the artist is the period ending December 31st that you’ll get in March of next year. We have a lot of time to figure out how to increase revenue for them [to soften that blow]. I don’t know if subscription streaming is going to float everyone’s boat. People might start buying subscriptions and that’s going to increase the pot for the payout. It’s hard to tell.”

Dr David Lowery, the musician and artist-rights campaigner, is also a lecturer in the music business certificate program at the University of Georgia, and thus the host of the Artist Rights Symposium II. He was on the Zoom panel, and offered a suggestion to music rightsholders, based on his experience during the current lockdown of swapping shows for songwriting sessions.

“One thing artists could do right now… is to try to write songs in this period where we’re not on the road. And it’s entirely possible that [what] might also be good for publishers and labels is to consider some additional advances for that work on those songs,” he said.

“That could be a win-win… Could labels and publishers go ‘Hey, y’know what? Maybe you should write some stuff, and we could give you a little bit of advance, and move up some terms on your songwriting or recording advances or something like that, and we could get through this…'”

Kereake approved, citing her experiences working in the television industry, where labour-union agreements dictate that when, for example, a TV series is picked up for home video or some other use than its original broadcast, actors get an additional payment.

“I think that it would be a grand thing for the labels and publishing companies to sort of mirror that [in music]. Whether it’s temporary for this unique work shortage, or to mirror that going forward, I think it would buy them an immense amount of goodwill, and also it does guarantee that the artists have a way to continue,” she said.

“An advance is just that. It’s not a grant, it’s an advance against future royalties. I see it as a win-win. I’m a big proponent of that… I thought that was a great idea of David’s, and I would lobby for it!”

Other talking points during the panel included Nash outlining some of the trends he’s been following, from “a shift of the consumer to video and a shift to social” to “real acceleration of country [music audience] towards streaming”. He also said that Universal Music is “working to deliver essentially a studio in a box to our artists, in isolation, so they have the capability to produce content”.

“It’s so profound that billions of people on this planet are simultaneously going through this intense physical isolation… how can that not be the basis for producing immensely meaningful culture?” he said earlier.

“Artists have always risen to the occasion of responding to those types of circumstances. I feel like it’s almost certain that great work is going to emerge in 2020 out of this… I can’t imagine that the artists of this generation are not going to rise to the occasion of this crisis and produce profoundly important culture.”

The RIAA’s SVP of strategic data analysis Joshua Friedlander and musician / Terry College Music Business Certificate Program boss David Barbe were also on the panel, which you can watch in full here – along with previous panels in the Artist Rights Symposium II.