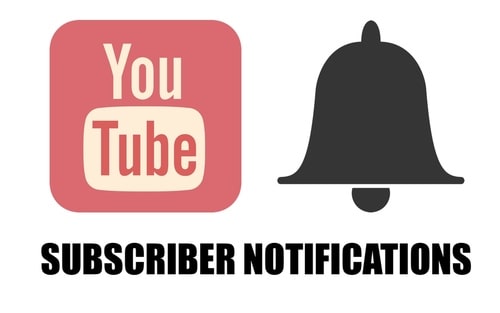 Creators on YouTube have been experiencing some frustration with the platform over some failings regarding its subscriber notifications. YouTube appears to have now fixed the situation, meaning subscribers will actually be notified when a channel they are following posts new content.

If you’re a creator on YouTube, you know how frustrating subscriber notifications can be. You think it would mean that every time you post a video that follower would be notified, but that’s not how it’s been working. In fact, when you subscribe you only get the “Lite” version, which amounts to only occasional updates being sent. It looks like YouTube has now fixed it so that subscribers can get a notification whenever you post an upload, but it’s not exactly what both creators and users always wanted.

In order to receive a notification of every video posted the subscriber had to manually click on the the bell icon next to the Subscribe button. The fact of the matter is that most users didn’t know that, so instead creators were left to wonder just what Subscribe really meant. Even in this Lite version notifications were hit and miss, with some never being sent at all.

The good news is that YouTube has rolled out a new feature called Notification Metrics that gives creators access to some of that notification data to detect when something goes wrong. All creators will now see a panel of notification information for each video they upload that shows how many subscriber notifications were sent, what the click-through rate was, how many views were generated as a result of those notifications, and what went wrong if they weren’t sent.

The bad news is that users still receive the Lite version of subscriber notifications unless the bell icon is clicked, but it’s made it a little clearer to the user what’s happening.

YouTube has renamed this default lite version “Personalized,” and has given the “All” bell (the bell you get when you manually click to receive all notifications) a slight redesign, with two little curves around the outside of it, like:

You can read more about the update here, and a bit more on Tubefilter, but either way, it’s good to know that subscriber notifications have finally improved