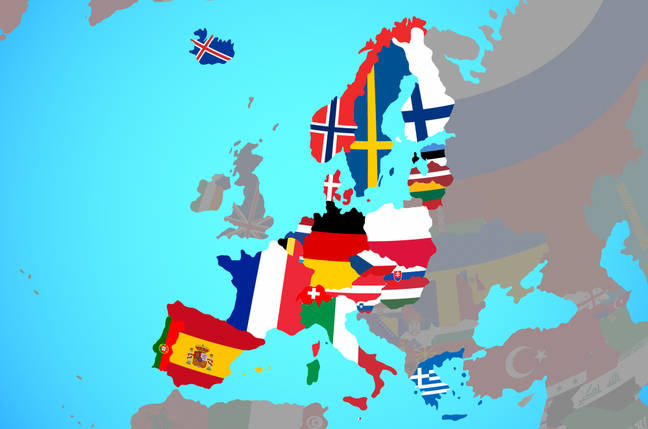 Last night, Donald Trump made the second presidential address of his premiership to announce drastic steps to combat COVID-19 — including a ban on travel to the US from all 26 Schengen-area countries.

Trump, who described COVID-19 as a "foreign virus", said the "EU failed to take the same precautions" as the US. The ban goes into effect tomorrow (Friday, March 13) and will last for 30 days. Both the UK and Ireland — which happen to be the only European nations with Trump golf courses — are exempt.

This travel ban isn't like previous ones enacted by the Trump administration, which barred visitors based on their passport nationality (and, some argued, religion). Instead, it blocks anyone who had been in the Schengen Area in the previous 14 days before attempting entry into the United States.

So, theoretically, if a French business traveller needs to visit the US, all they need to do is self-quarantine in the UK or Ireland beforehand.

Unlike the previous travel ban, there are some firmly outlined exemptions. Green card holders and the immediate family of US citizens get a pass.

US citizens returning home from Europe will be forced to travel via selected airports, where they will be subject to enhanced screening. Details about this will emerge in the coming days.

In a statement, acting Secretary of Homeland Security Chad F Wolf said: "Protecting the American people from threats to their safety is the most important job of the President of the United States. The actions President Trump is taking to deny entry to foreign nationals who have been in affected areas will keep Americans safe and save American lives. I applaud the president for making this tough but necessary decision. While these new travel restrictions will be disruptive to some travelers, this decisive action is needed to protect the American public from further exposure to the potentially deadly coronavirus."

In the early months of the COVID-19 outbreak, the Trump administration implemented emergency rules that restricted travel from Iran and China. And although the Schengen Area ban follows previous trends, it is nonetheless a huge escalation, posing a huge barrier to the US tourism sector and business travel. In 2019 alone, the US government reported 14.5 million arrivals from people residing in Western Europe. A further 1.1 million travellers came from Eastern Europe.

The World Health Organisation (WHO) explicitly recommends against the deployment of travel or trade restrictions as a measure to slow the spread of COVID-19.

"In general, evidence shows that restricting the movement of people and goods during public health emergencies is ineffective in most situations and may divert resources from other interventions," it says.

"Furthermore, restrictions may interrupt needed aid and technical support, may disrupt businesses, and may have negative social and economic effects on the affected countries"

News of the ban caused turmoil in the markets, with travel stocks the worst affected. Shares in BA and Iberia parent IAG fell 9.32 per cent against the previous day's close. Shares in Nokia, Ericsson and Sage also reported similar slumps. ®

Sponsored: Quit your addiction to storage