I Heart Songwriting Club interview: ‘There is no ceiling to this!’ | Music Ally

“I was having panic attacks. I was completely anxious and stuck, because I wasn’t doing the thing I wanted to do. I struggled to write songs: I judged every idea as boring and not good enough, and that stopped me writing altogether. Four songs a year was all I could manage at one point…”

Australian musician Francesca de Valence writes a lot more than four songs a year now: she’s currently writing at least one a week. What’s more the online community she founded, I Heart Songwriting Club, is helping more than 700 other songwriters be similarly prolific.

The club began when de Valence, who was a teacher at the Queensland Conservatorium of Music, talked to a student and found they had similar levels of anxiety about their songwriting.

“My position as a teacher was to help her. So I said ‘I’m making a songwriting club, and you and I are the first members!’ We each had our homework, to write a song in an hour and then text it to each other for feedback,” she says. “Then we invited two more people, and they ended up inviting more people.”

The group hovered between 12 and 20 people for the next two years, by which point there was a waiting list of 40 more people wanting to join. After testing whether it could scale using work-collaboration app Trello – “it was a mess, but 100 people purchased a subscription in two months!” – de Valence found a developer to create her own platform. I Heart Songwriting Club as a startup was born.

Anyone who joins the club is put in a group of 7-12 people. Each week, every group gets set the same brief, with a theme for a song and any related challenges or restrictions. When someone writes a song in response, they upload an audio file and the lyrics text to the group, before the members of that group post feedback on one another’s work.

For example, at the time of writing, the current week’s theme is ‘Board Games’, with the brief: “Take a board game that you know or love to play and use an element to that game to inspire your song. Perhaps it’s the title, a rule from the game, the place that the game exists…” Club members have a (self-policed) time limit of one hour to write their song, with an additional guideline to “give directions in your lyrics” and an extra challenge of “go for a dramatic chorus”.

An older brief focused on the theme of ‘birds’ with the guideline of using an element of whistling. de Valence says three songs (“that we know of!”) have been commercially released (here, here and here) which were originally written as part of that week’s challenge. 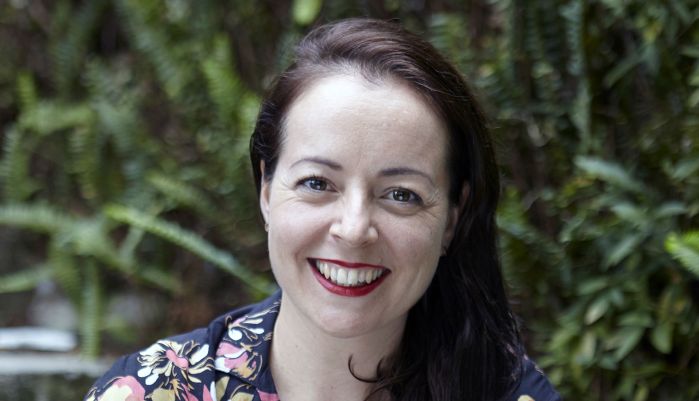 “It’s building close-knit networks that are virtual. And it’s definitely a participation site. It’s not a ‘pay for feedback’ site, not at all. You can’t join and be a voyeur. You’re going to be a participant!” says de Valence.

The club also offers support and advice on topics like breaking out of writer’s block, to help members who might be starting with confidence issues akin to those that led its founder to start the community in the first place.

“The best thing out of it is the song output. People are blown away that they can write 10 songs in 10 weeks,” she says. “They complete songs every week, and at the end of a year they have 52 songs, and can easily find 10 songs they want to demo, get into a studio and record, or send to artists if they want to.”

“In the club alone I’ve written 287 songs in 287 weeks, but I’ve written way more than that in total, once I turned on the tap to that creative flow. I have a catalogue of over 400 songs, and if one in every 10 is great, that means I’ve got 40 great, amazing songs. I know I do! And I have a really beautiful, authentic community of people around me that I love. They’re my tribe!”

I Heart Songwriting Club is a community, but it’s also a business. Each 10-week course costs A$55, and there are currently more than 700 members, spread across 17 countries. While Australia and New Zealand are still its biggest markets, de Valence has been banging the drum for it on her global travels in Europe and the US to widen its footprint.

There have already been some success stories, with club members having songs nominated for ARIA awards in Australia; featured in TV shows and films; and receiving radio airplay around the world. de Valence also highlights the less prominent positive impacts: people playing their first ‘open mic’ gigs, releasing their first EPs digitally, or making their first pitches to artists to record their work.

“We’ve taken first-time writers to hobby writers, hobby writers to singer/songwriters, and career artists to big international radio stations,” as she puts it. The club also has a ‘The Songs We Made’ playlist on Spotify to highlight some of the released tracks that were written by members.

de Valence also judges the value of the club by its impact on the wellbeing of its members, including herself. “I was really mentally unwell when I created the club, but I’m now incredibly resilient,” she says. And some members have openly shared that they’ve “not had a panic attack or anxiety attack since being part of the club.”

“In the last 12 months, we’ve run workshops in big cities like Dublin and New Orleans, in smaller cities like Cork, Dunedin and Fort Collins, and in regional areas. And the reasons that songwriters are blocked is the same all round: they feel isolated, even in a big city… My opinion is that 95% of songwriters feel isolated: they don’t have that sense of belonging with other people and feeling supported.”

“We’re always thinking about where do we want to invest money back. I’d love to have a flashy $30,000 app, but I’d rather spend that $30,000 travelling the world running free workshops and helping songwriters,” says de Valence. “That’s going to be so much more valuable than an app.”

Still, she’s ambitious to continue growing the club, making sure its technology scales alongside its number of members. She’s also starting to think about other ways it might be able to help its songwriters to build sustainable careers.

This is alongside continuing her own career as a songwriter and performer. de Valence’s last album ‘Own Self’ was released in 2015, but she released two singles in 2019 (‘Red Cat’ and ‘The Seine’) as part of an upcoming album inspired by her love for the city of Paris and written in Paris. And she is starting to think about how and when to narrow down the songs she’s written in the club for future releases.

The anxious, stuck musician who started I Heart Songwriting Club all those years ago is now full of joy, confidence and hope about what the platform can achieve. “My ultimate goal is creative freedom for all humans!” she grins. “There is no ceiling to this, and no limitations…”