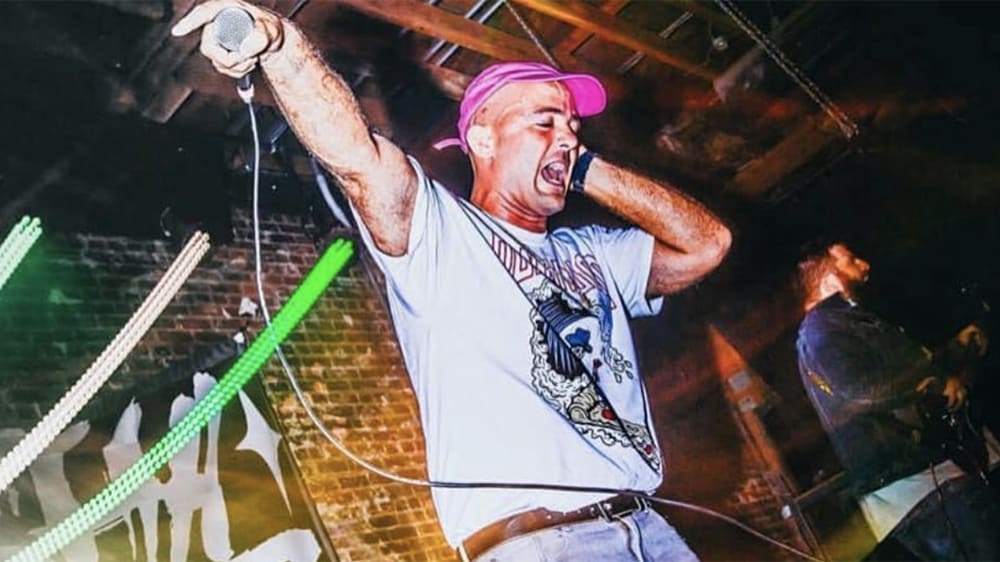 Despite the cancellation of SXSW over coronavirus concerns, indie rapper Kosha Dillz is still headed to Austin to perform and spend time in the city that changed his life.

After a long talk with no one but myself, I’ve decided to go to SXSW.

I’d already purchased a ticket to fly to the U.S. from Tel Aviv — a stopover in Istanbul for a TED talk was canceled when flights were halted — and when I return to Israel, I’ll need to quarantine myself for 14 days. My Israeli mother is worried. Sorry, mom.

I remember applying for the first time in 2008 from an AOL account on my mom’s old laptop for my group project with C Rayz Walz. We got in. On my first ever tour, I walked into my first SXSW event and was flabbergasted.

During that trip to Austin, I met a group called the KNUX. They were twin brothers from New Orleans who were signed to Interscope and had this amazing song called “Cappuccino.“ I watched their performance from the front row, during which they got into a fight with the host, which enabled me to grab a microphone and perform in front of a sold-out crowd right before Chicago’s The Cool Kids went on.

One of the KNUX twins liked my vibe, bought my merch and said that I should meet their manager. “He’d dig your s–t,” said Krispy. That manager was Paul Rosenberg, whose other client is Eminem. And that sold me on SXSW forever.

For those who are unfamiliar with SXSW, it is the ultimate destination for those who have some hustle — a place where “a nobody” can level up quickly. I learned throughout my 13 years of attending that self-promotion is key and with that comes taking advantage of every opportunity.

For me, that’s meant some extraordinary moments: K Flay passed out my mixtapes; Gary Vaynerchuck let me rap at his keynote; I opened up for Nas and RZA and was invited by Nardwuar to play shows with Gangsta Boo of Three 6 Mafia; I played with Matisyahu at Whole Foods — the OG store which launched the supermarket chain is in Austin — and rapped about pizza with Macaulay Culkin and his band Pizza Underground; I met Mike Tyson in a boxing ring; I met an NBA2K marketing director while passing out fliers and ended up as a character in the video game alongside Drake and Snoop Dogg; I met Edwin from Amsterdam and slept at his family’s house for a week while playing shows all over Holland.

I even started filming a movie there, “Kosha Dillz is Everywhere: The Hustle to Happiness.” This is only 10 percent of the great things that have happened at South By.

Of course, there have been plenty of bad shows in Austin as well, which is how I came to launch my own showcase: OY VEY SXSW.  Conceived as a Jewish-themed event to combat anti-semitism, the showcase was presented in partnership with Tune In Tel Aviv,  a conference held in Israel that brings local talent to Austin to play alongside US and international acts.

2020 marks OY VEY’s ninth year, and it was to be held at EMPIRE ATX, a venue on 7th St. in downtown Austin.

With Friday’s official cancellation of SXSW, the panic is real. Those who work at venues in and around Austin know that an entire year’s worth of salary could vanish with the news. So I asked myself: how could I bail on these people in their time of need?

So that’s why the show will go on. OY VEY is still happening. The venue is open; the flights are cheap; people are still coming and independent business owners are still sponsoring. (Props to Music Business Network‘s Kathryn Sano, who is recovering from a car accident but insists on launching projects in Austin, and Adam Swig of Valueculture.) Not only that, but local promoter Heard Presents and Prism.FM have launched a fundraiser called “banding together” encouraging Austinites to step in for tourists who would have spent nearly a week in their town. It’s raised over $8,000 in two days.

My goal for this year’s SXSW was to launch a new single and album called “Nobody Cares Except You.” I’m still taking that message to the city that has given me so much. Sure, everyone will come back in 2021. But this year, people will remember those who came down to support a community which stands to lose upwards of $350 million. I can’t be a participant in that. My mother raised me better.

Kosha Dillz, whose real name is Rami Even-Esh, is releasing a new single, “For The Ones” with Matisyahu, on March 13 and launches his album and tour (select dates with RDGLDGRN and Little Stranger) on April 3. Listen to his podcast, “Hustle Beach,” and follow his Twitter for reports from Austin. Patreon here. Merch here.