Mark Zuckerberg: being popular is so over. It’s about winning now | Rebecca Nicholson | The Guardian 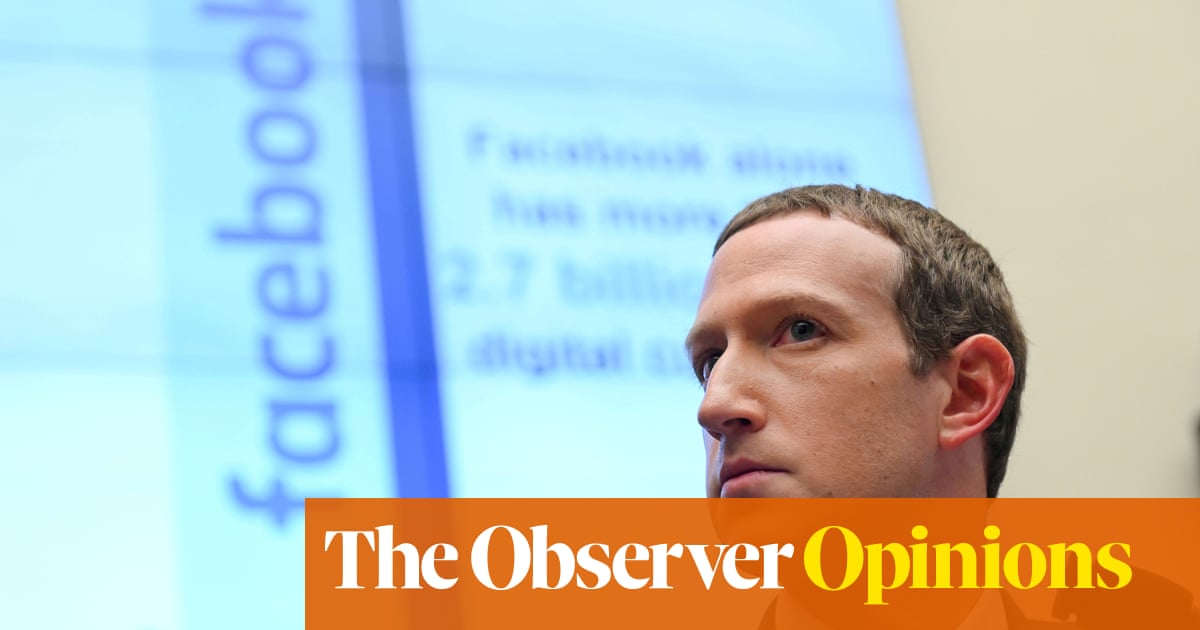 When it comes to widespread popularity, Mark Zuckerberg is not exactly the Mrs Brown’s Boys of the international community, beloved by the public no matter what the big bad mainstream media says about him. Last week, he appears to have accepted his role as the Bond villain of our online lives. “My goal for the next decade isn’t to be liked, but to be understood,” Zuckerberg told investors. “In order to be trusted, people need to know what you stand for.”

Facebook deserves our trust about as much as that bowl of unwrapped mints by the till in your local takeaway, but even so I am fascinated that Zuckerberg is now taking his public relations cues from every memorable reality show contestant in the history of television: he is not here to make friends, he’s here to win.

Well, I assume he is here to make friends, with his cousins-twice-removed on another continent, that person you didn’t speak to at school but whose daily existence you know more about than your real-life neighbour’s, several conspiracy theorists who are suddenly experts in virology, and that girl you once worked with who tags you in competitions every other day. To give up even trying to be liked (a bit like your great-uncle with those political posts, eh?) is a classic late-season reality show pivot.

In reality TV, the “I’m here to win” contestant never actually wins. They’re the one who thought they might, at the start, despite all evidence pointing to the contrary. They’re the one whose big secret is that they really want to be liked, and the fact that they are not liked at all is a kick in the teeth. It makes them more villainous, more determined to act to be remembered, since they might as well get something out of it.

But this is not TV. While social media lacks the niceties it once pretended to deal in – my Facebook Memories, in particular, are an embarrassing reminder that 12 years ago, nothing was too banal to be shared, not even, and I am truly sorry, the ukulele phase – it worked its way into our lives by seeming personable. Business analysts have noted that Facebook is facing a difficult year, and is, accordingly, preparing for war. For the gloves to come off so openly, for Zuckerberg to say that its decisions may now be unpopular, but he will be making them because he believes them to be right, is deeply ominous. Still, I look forward to being able to click “Understood” on a video of a cat falling off a table.

Demi Lovato: If ever a song deserved a Grammy…

This year’s Grammys had threatened to collapse under the weight of the organisation’s internal scandals, and the ceremony was understandably overshadowed by the death of Kobe Bryant. This meant that memorable moments were few. Billy Porter continued to win the red carpet with his lampshade hat that opened on cue, and, lord knows, I love fashion that requires a remote control. Tyler, the Creator brought his mum on stage and was brilliant and articulate about his disdain for the label of “urban” music. Billie Eilish triumphed in seemingly every category, which, given that the Grammys are roughly 47 hours long and give out gongs for Best Trumpet Sound on an Off-Broadway Foreign-Language Musical Soundtrack, was well deserved.

But there was one particularly striking moment. Demi Lovato, back in the public eye after a near-fatal overdose in 2018, debuted her song, Anyone, which she had written before she was hospitalised. She began to sing but, choking up, had to stop after a few seconds. She composed herself, started again, and got through it.

In a recent interview with Zane Lowe, Lovato said she recorded Anyone “very shortly before everything happened”. She said she listens now to its desperation and thinks “how did nobody listen to this song and think ‘let’s help this girl’?”

Jessica Simpson, a pop star of a different era, is about to release her memoir, Open Book, and has been talking about her alcoholism, and how, at 17, she turned to pills after being told to lose weight by a record label executive.

These stories are so horribly familiar. Lovato’s Grammys performance felt like an act of defiance, and a celebration of resilience.

With Next in Fashion, Netflix has sewn a sparkly seam into the reality TV format and has made it gripping for the first time since some genius realised that whipping up a Victoria sponge in a tent against the clock had more dramatic potential than yet another “big-city detective, small-town murder” series. As it’s on an international streaming service, it has continued the Netflix trend for bringing together contestants from all around the world, and its casual diversity is one of the best things about it. It’s just open to all.

The other best thing is Tan France, who co-hosts with Alexa Chung. I know it’s daft, but ever since I found out that France is from Doncaster, where I used to go out as a youngster, I have loved him. He joins my mental list of celebrities – along with Youngblud and Louis Tomlinson – who might also have enjoyed ice-skating at the Dome.

France rose to fame through the vajazzled Queer Eye, and stepping to the front suits him, particularly when he has a moment of pure emotion that can almost compete with Tyra Banks’s much-memed “We were all rooting for you” outburst. Almost. Let’s hope there’s a season two.

• Rebecca Nicholson is an Observer columnist