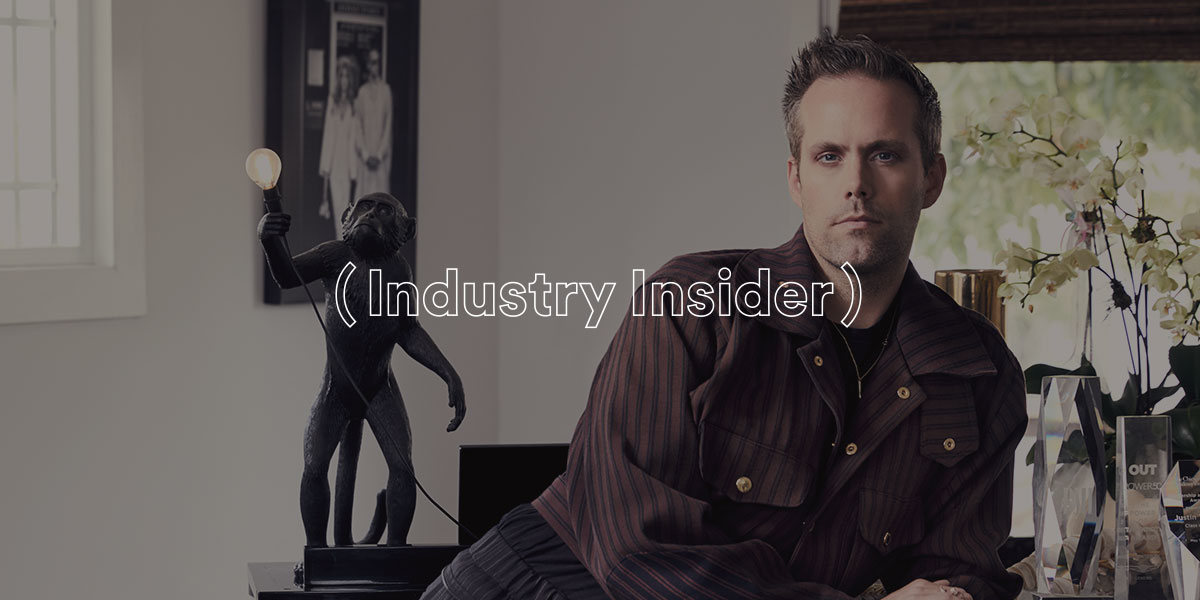 They've had a hand in countless hits—and were honored by the ACLU for their advocacy efforts.

You know Justin Tranter's music even if you don't realize it. Tranter (they/them) first earned attention as the singer for Semi Precious Weapons, and is better known now as a GRAMMY-nominated songwriter whose credits include huge hits like Fall Out Boy's "Centuries," Selena Gomez's "Good for You," Justin Bieber's "Sorry," and Halsey's "Bad at Love," to name just a few. They've also worked with Ariana Grande, Jonas Brothers, Imagine Dragons, Bebe Rexha, and countless other pop giants.

In 2018 Tranter nabbed four BMI Pop Music Awards, including Songwriter of the Year, and was the only songwriter up for a Song of the Year Grammy and a Best Original Song Golden Globe. But in addition to racking up hits and honors, they've recently been extending into other areas. In 2019 they cofounded Facet Records, in partnership with Warner Records. As both a label and a music publisher, Facet has a special focus on artists of color and LGBTQ artists.

In line with their support of the LGBTQ community, Tranter is also the creator and host of the annual Spirit Day Concert benefiting GLAAD's anti-bullying initiative. Last year Tranter was honored with the ACLU's Bill of Rights Award for their sociopolitical advocacy. With an evolution that's spanned badass rocker to activist to savvy businessperson, Tranter has a lot of skills to lend to their music career. That's why we asked them to give us a little inside info based on their hard-won wisdom.

Spotify for Artists: Describe what you do, and give us the story of how you got there.

Justin Tranter: I make music, I advocate for a better world, but my favorite part of my “job” is helping people feel safe and excited enough to express their truth through a pop song. The story of how I got here has so many ups and downs it could take up an entire day, so I will try to summarize it. I went to an arts high school for musical theater, starting writing my own songs because the boys never got the good songs in musicals, went to college for songwriting in Boston, moved to NYC and started a glam punk band that toured the world a couple times but we were always broke as fuck and fighting a homophobic and femme-phobic system. Through a whole bunch of twists and turns and finally meeting the right executive that was willing to work just as hard as I was, I ended up writing songs with and for other people. Thank goddess.

Is there an artist you were a fan of growing up, a story you heard, or an artist you crossed paths with at some point that sparked you to pursue this as a career?

I was obsessed with basically every female singer/songwriter making music in the '90s. But Ani DiFranco’s journey inspired me the most. She was openly bisexual, feminine and butch all at the same time, and [an] amazing musician who was telling hard truths in every single lyric, and did everything on her own. No label, no bullshit, just truth. She made me feel like anything was possible.

What do you look for in an artist you want to work with? (And who are some of the artists you currently or recently worked with and how does that align?)

I look for artists that have a very specific story to tell, and will trust that telling the realest and most specific version of that story will lead to the most universal appeal. I’ve been so lucky to work with a lot of artists that do that—Selena, Imagine Dragons, Gwen, Julia Michaels, and the new BeBe album is really diving deep into who she is and I’m so excited for the world to hear it.

What's the biggest tool at an artist's disposal in 2020 from your perspective and why do you see it that way?

The biggest tool in 2020 and in any year really is knowing who the fuck you are and finding a way to make that shine through in the music you make. Attention spans are shrinking; the amount of music and content that is being released is at an all-time high. So make something you love, that you believe, and don’t be afraid to stand behind it.

What's the best advice you have for any artist just starting out?

Don’t let insecurity make any of your decisions.