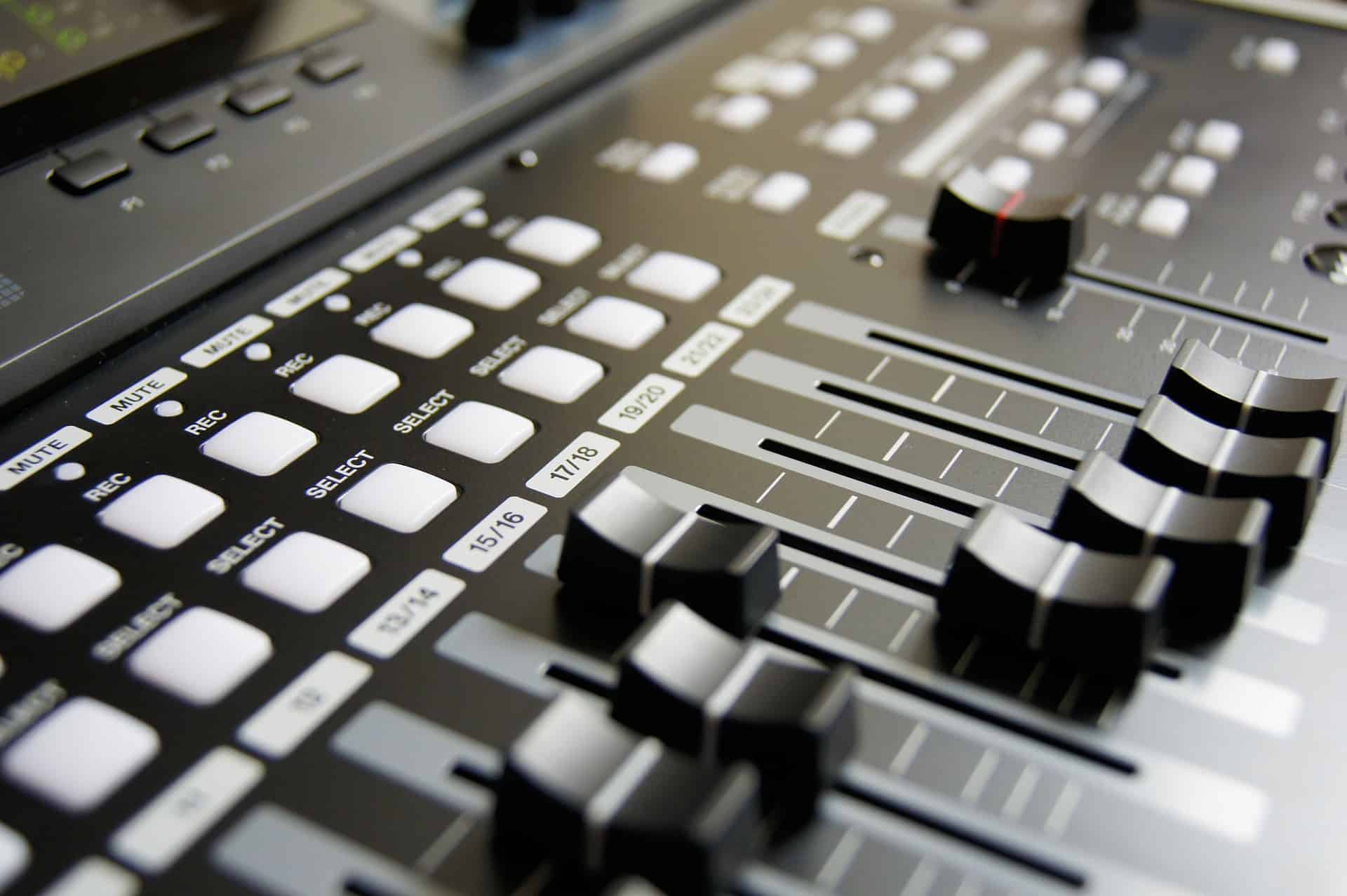 1) Copyright Protection
Under US copyright law, copyright (literally, the right to make and sell copies) automatically vests in the creator the moment the expression of an idea is “fixed in a tangible medium” (in other words, the moment you write it down, type it or record it on tape). With respect to music specifically, there are really two copyrights: a copyright in the musical composition owned by the songwriter and a sound recording copyright in the sound of the recording owned by the recording artist (but usually transferred to the record company when a record deal is signed). It is important to remember that you own the copyright in your work the moment you write it down or record it, and you can only transfer those rights by signing a written agreement to transfer them. Therefore, you must be wary of any agreement you are asked to sign.

Although it is not necessary, it is advisable to place a notice of your copyright on all copies of the work. This consists of the symbol “c” or the word “copyright”, the author’s name, and the year in which the work was created (for example: “(c) John Doe 2017). The filing of a copyright registration form in Washington D.C. gives you additional protection in so far is it establishes a record of the existence of such copyright and gives you the presumption of validity in the event of a lawsuit. Registration also allows for lawsuits to be commenced in Federal court and, under Federal law, allows an award of costs and attorney’s fees to the prevailing party (and you can register on-line or by mailing in forms with submissions). Currently, the filing fees are low enough to make registration well worth while. www.copyright.gov

2) Trademark Protection for Your Name
Trademark rights are rights in a name or logo which indicate source or quality. Such rights are based on “use” of the mark and vest in the owner when the mark is first used in connection with goods or services. Although the title of a work is not protected by trademark, these rights are applicable to names used by actors, musical performers, DJs and companies. The more unique the name of your company, product or band is, the more easily protection is available for it as a trademark.

The best way to protect yourself is to file a Federal trademark registration application, since registration will give you a presumption of ownership of the name nationwide. Before investing too much in your prospective trademark, however, it is a good idea to order a trademark search to make sure no one else has been using the same or a confusingly similar name before you. You can do this through a combination of on-line researches, through your lawyer, or by contacting a searching service. With respect to the name of a performer or band, keep in mind that a mere search of current Federal trademark registrations may be insufficient. It is best to conduct a full statewide search as well as a search of the copyright office records in order to find any songs which may be copyrighted in a band’s name. This is important because trademark rights are based on “use.” Therefore, even if another user does not file for Federal trademark registration, certain rights vest in that user under state law when they start using the name. This has led to problems in the past. For example, when you go to release your record or film worldwide you may find that someone else has been using the name of your band or film company in, say, Illinois. If they were using the name prior to when you first started using your name then, under state law, that user could prevent you from releasing your record in that state. The usual solution to such a problem is to buy out that users rights, but this can be costly, or enter into an agreement to alter and distinguish the names (e.g., Squeeze/Squeeze UK; Dreamworks, Dreamworks SKG.

Once you have determined that no one else is using your name, the next step is to file an application for Federal trademark registration in the US Patent and Trademark Office. Registration provides nationwide protection as well as the presumption of validity for lawsuit purposes, as well as legal fees and additional damages for infringement. www.uspto.gov

3) To Incorporate or Not to Incorporate
As a practical matter, sooner or later you may want to incorporate in order to limit your personal liability. When you incorporate your business you actually create an entity separate from yourself which will have its own bank account and tax identification number. If you operate properly as a corporation (i.e., signing documents as an officer of the corporation rather than as an individual, using a separate bank account, etc.), then, as a general rule, only the corporation is liable for the obligations of the agreements the corporation makes. The easiest example of how this protects you is if you imagine a situation where your corporation pays you a salary of several hundred thousand a year for several years. Over the years you use that salary to buy a house, a car, and a boat. Then one day catastrophe strikes and the corporation is sued for millions or goes bankrupt. Although the creditors could take the assets of the corporation, they could not pierce the corporate veil and force you to sell off your house, your car and your boat (Imagine: even when Chrysler went bankrupt Lee Iacocca did not give up any of the assets which he had purchased with his salary. In fact, he kept right on getting a salary from the corporation). If properly employed, a corporate entity can be used as a shield to protect you. In most cases, however, it is not really necessary to incorporate at the start of your artistic career. The law does require that, if you use a name professionally other than your personal name, then you should file a Business Certificate (or “DBA”) in the County in which you reside or do business under that name. A DBA is necessary if you want to open a bank account in your professional pseudonym or group or company name. The DBA form is available in stationary stores or at the county clerk’s office.

There are also tax advantages to operating as a corporation. As an individual making in excess of  a certain amount, as set by the IRS, even if your write-offs and deductions reduce your income substantially you will still be subject to the “alternative minimum tax’ under current law. However, as a corporation, you are entitled to take the deductions and, as an individual, you are only subject to standard tax on the amount which passes through to you individually. Also, as a business matter, the individual members of a group or company may want to enter into a partnership agreement between and among themselves in order to spell out the particulars with respect to certain rights such as songwriting and ownership of the trademark rights in the name. Otherwise, any group of two or more persons operating a business for profit is considered a partnership for the purposes of applying the laws of partnership under the laws of most states. These laws generally employ a rule of sharing evenly in profits and losses, including all assets of the business

4) Signing Contracts
Never sign any contract given to you without having your lawyer review it first. Do not rely on anyone else (or even their lawyer) to tell you what your contract says. And never let anyone rush you or pressure you into signing any agreement. There is really no such thing as a standard “form” contract. Any such contract was drafted by that party’s attorney to protect that party’s interests. Your lawyer can “translate” the deal and explain its terms to you, and then help negotiate more favorable terms for you.

Keep in mind that it may, in fact, be in your best interest to “get it in writing” if you have an arrangement with someone. This is especially true in collaborative situations. Otherwise, you run the risk of a disagreement later over the actual terms of the oral agreement, and it becomes your word against that of the other party. That is not to say that an oral agreement is not a binding contract (as Kim Basinger recently found out). It is just that a contract is easier to prove if the terms of the arrangement are in writing. A simple contract may not necessarily require extensive involvement by lawyers. A contract can be as basic as a letter describing the details of your arrangement which is signed by both parties to the agreement.

As a general rule, you should consult with a lawyer if you are asked to sign anything other than an autograph. Too many aspiring artists want to get a record deal so badly they will sign almost anything that promises them a chance to do it. Even successful careers have a relatively short life span. Therefore, it is important for you to get maximum returns in the good years and not sign away rights to valuable income like publishing. Everyone needs someone to look out for his or her interests. That is why, at the end of the day, you may want to consult with an entertainment lawyer. Meet with several lawyers to find one whose vibe is right for you. If you believe in yourself and your talents, give yourself the benefit of the doubt, and invest in good legal representation.

Wallace Collins is an entertainment and intellectual property lawyer with more than 30 years of experience based in New York. He was a recording artist for Epic Records before receiving his law degree from Fordham Law School. Tel: (212) 661-3656; www.wallacecollins.com