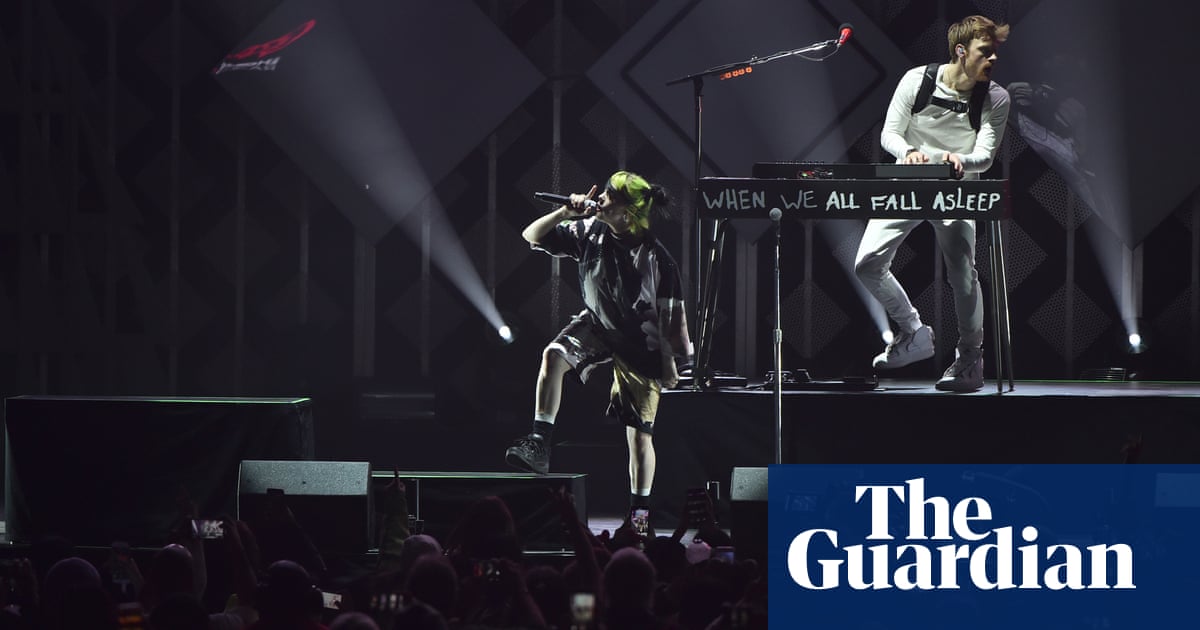 British fans bought or streamed the equivalent of more than 150m albums last year as music consumption in the UK hit its highest level since 2006, driven by the success of artists including Lewis Capaldi, Billie Eilish and Ariana Grande.

Across all formats – including digital downloads and streams from subscription services as well as CDs, vinyl and cassettes – music fans purchased or streamed the equivalent of 154m albums in 2019.

This is the most since music consumption hit the equivalent of 161.4m albums in 2006. Lewis Capaldi was the most streamed artist of the year, with his album Divinely Uninspired to a Hellish Extent and the single Someone You Loved topping the charts. In 2006 the bestselling album was Snow Patrol’s Eyes Open, and Gnarls Barkley’s Crazy was the top selling single.

The annual report from the music industry body the BPI highlights the extent to which the rise of legal streaming services from Spotify and Apple to Amazon and Deezer continue to be the salvation of artists. Sales of the once mighty CD plummeted 26.5% to 23.5m last year, less than half the number sold just three years ago, to account for just 15% of the total.

Meanwhile the equivalent of 114m albums of music were streamed this year, an uplift of more than a quarter compared with 2018, as consumer habits continue to drive the music industry from a physical to a digital listening experience.

Music fans listened to a record 114bn tracks on streaming services last year, with every 1,000 tracks streamed considered to be the equivalent of one real-world album sale.

Streaming accounted for three-quarters of all album equivalent sales in the UK last year, up from less than a quarter four years ago – with physical albums still accounting for the majority of sales.

However, the digital revolution has not wiped out traditional music listening altogether, due to a revival in popularity of the oldest formats. Vinyl sales hit 4.3m in 2019, the 12th consecutive year of growth, as the popularity of the record reached levels not seen since the 1980s. Liam Gallagher’s Why Me? Why Not was the most successful vinyl album of the year.

John Lewis said the vinyl revival had helped turntables become a popular Christmas gift with a 400% increase in sales between November and December. The retailer, which sells a range of models from brands including Audio Technica, Sony and Ion Max priced from £69 to £179, said it has seen a 25% increase in sales of turntables over the past three years.

The vinyl revival has also rubbed off on the cassette, which by 2012 had all but disappeared save for use by police for taping interviews. While cassette sales remain tiny at 80,400, they almost doubled year-on-year, enjoying their biggest year of sales since 2004.

Cassette sales have grown in each of the last seven years. Robbie Williams’s festive season release, The Christmas Present, has become the fastest-selling cassette album since compilation Now 52 in July 2002.

“It is wonderful to see the continued growth of vinyl and the resurrection of the cassette,” said Vanessa Higgins, chief executive of the independent label Regent Street Records. “It shows fans still love a physical, tangible music artefact in their hands.”

“British music proved once again in 2019 that it has a bright future,” said Geoff Taylor, chief executive of the BPI and annual Brit awards. “Strong demand for streaming music and vinyl boosted music consumption to levels not seen for 13 years.”