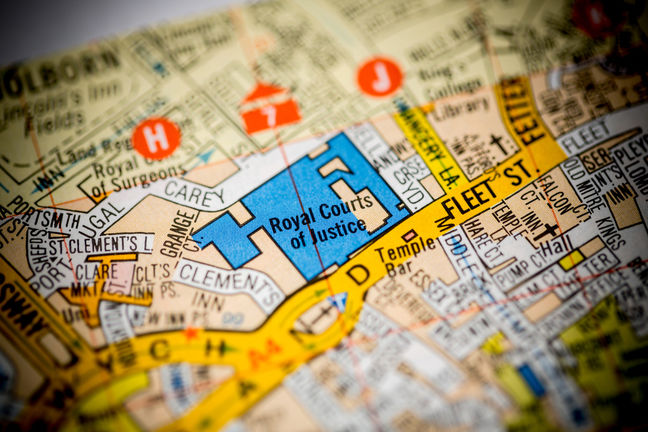 An Azure consultant has lost his bid to sue Google for copyright infringement over search results that sent web users to a website run by a hotlinker who was displaying one of his photos.

Christopher Wheat had previously appealed against an earlier High Court decision to throw out his claim against the American adtech monolith. Although he won permission to appeal, and thus to have another go at pleading his case, he has now lost.

Wheat alleged that back in the late 2000s, an aggregator website had hotlinked a photo of Lewis Hamilton that Wheat owned, originally hosted on a site he ran called theirearth.com, a free-to-view website with no paywall or login requirement. The High Court called this his "unrestricted website."

After his pic was hotlinked, Wheat claimed, Google cached it and served it at the top of image results for the search term "lewis hamilton" during 2009 – but with a link to the aggregator's website instead of to Wheat's site.

Wheat's barrister argued that although the man himself consented to (and therefore licensed, in copyright law terms) Google "searching, indexing and caching the content" of theirearth.com, he did had not consented to Google doing this but then funnelling all the resulting click-through traffic to some random hotlinker – depriving him of ad revenues.

Unfortunately for Wheat, His Honour Judge Andrew Keyser threw out his case because Wheat was unable to prove that Google had "communicated his copyright works" to either a new chunk of the general public other than the audience it was already reaching through his own website, or by a new "technical means."

Both Wheat and Google had accepted that: hotlinking is lawful; people viewing hotlinked pics were doing so by, legally, "directly viewing the content on the website by means of the server that hosts it"; and that the copying by Google was not a copyright infringement in itself.

HHJ Keyser also adopted part of an earlier ruling by Chief Master Marsh of the High Court's Chancery Division, who threw Wheat's case out the first time round. The Chief Master had said: "The complaint that Google has prioritised one website over another [i.e. the hotlinker's site over Wheat's site] does not give rise to a claim for copyright infringement."

Although Wheat's case against Google looked pretty straightforward from a moral standpoint, copyright law is notoriously complex. The court did not allow him to sue Monaco Telecom, whom Wheat originally held responsible for the hotlinking site.

In the early days of the internet one sure-fire way to stop hotlinkers from doing their dastardly deeds (among other things bandwidth related was very expensive, more so if someone else was serving files from your paid-for server) was to replace the hotlinked image with something unsavoury, as described rather well by this Reg commenter. ®