The Guardian view on Taylor Swift’s fight for her rights: empowering a new generation of artists | Editorial | The Guardian 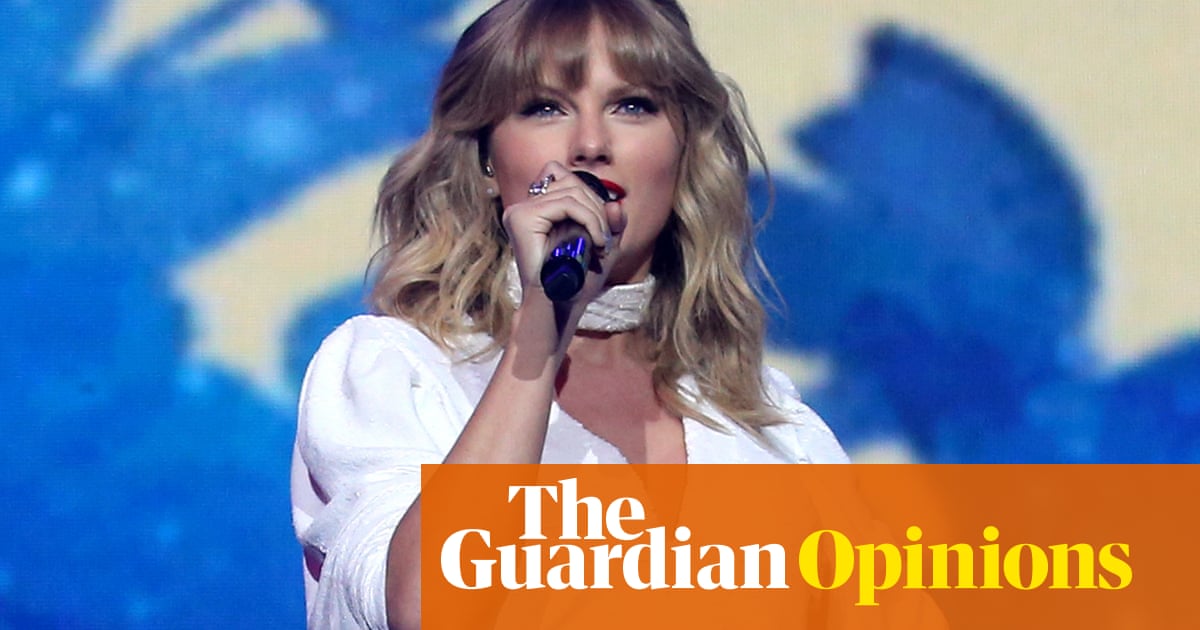 Taylor Swift’s continued dominance was once in doubt. The death knell for the traditional form of pop icon that she represented had been rung by critics. Yet she has ended 2019 back on top: her seventh album, Lover, is this year’s only record to sell more than 1m copies. But if we take Swift at her word, the 2019 success she will most cherish is how she has turned obscure details about artistic ownership into mainstream concerns. In June, the music mogul Scooter Braun bought her former label, Big Machine, and with it the master recordings of her first six albums. Swift claimed that, despite concerted efforts, she was never given the opportunity to buy her masters outright. She has made ownership into a feminist issue.

After stating that she would use her leverage to fight for musicians’ rights, Swift has become a catalyst in the reckoning that faces record labels. She owns her recordings in her new deal with Universal. Similar situations are unfolding as other established artists renegotiate contracts they had signed as unknowns, back when their work constituted an investment to the labels betting on them, especially given that their lucrative catalogues effectively constitute free money for labels as physical product has declined.

Signing away one’s work is likely to become outdated as new artists find unprecedented bargaining power through viral success. They don’t need labels – labels need them, and increasingly offer “services” (infrastructure) over top-down relationships. Eighteen-year-old Billie Eilish’s viral success was supported by a stealth development deal and a relationship with Apple Music, allowing her to eschew a traditional deal in lieu of a co-publishing arrangement. Australian artist Tones and I recently broke records for the longest-running No 1 in the UK by a solo female artist with her viral track Dance Monkey, and she retained her rights on signing. New-generation labels such as BMG and AWAL offer deals where rights return to artists after just a few years.

Ownership means musicians receive greater shares of streaming revenues, which remain controversially low. Spotify reported profits for the first time in 2019 (its debts mean it is not profitable), yet it is ostensibly paying less than ever. The Canadian cellist Zoë Keating has habitually shared her annual Spotify royalty statement. In 2018, she calculated that she received $0.0054 per stream. This year it was $0.0037. Spotify asked labels to lower their royalty rates so it could become economically sound, but hasn’t repaid their good faith: it is appealing against the US Copyright Royalty Board’s decision to award songwriters and publishers a 44% rate increase by 2022.

While Spotify is responsible for the music industry reviving its fortunes, it must better distribute its own among the artists without whom it could not exist. If not, they will hear from noisy fans. Swift has persuasively argued that it is an injustice for artists to be separated from their art. Amid the backlash against Braun, it was reported that the private equity giant, Carlyle Group, that had backed his deal asked him what could be done to assuage her.

Swift’s approach plays well with a generation that valorises being self-made and unmediated. It should alert anyone whose success has come online that, despite streaming’s dominance, ownership is the only way to control a legacy. Next November, Swift will take advantage of lapsed contractual limitations to re-record her first six albums – versions she will own outright. A future generation of adequately empowered, respected creators shouldn’t have to resort to such moves.