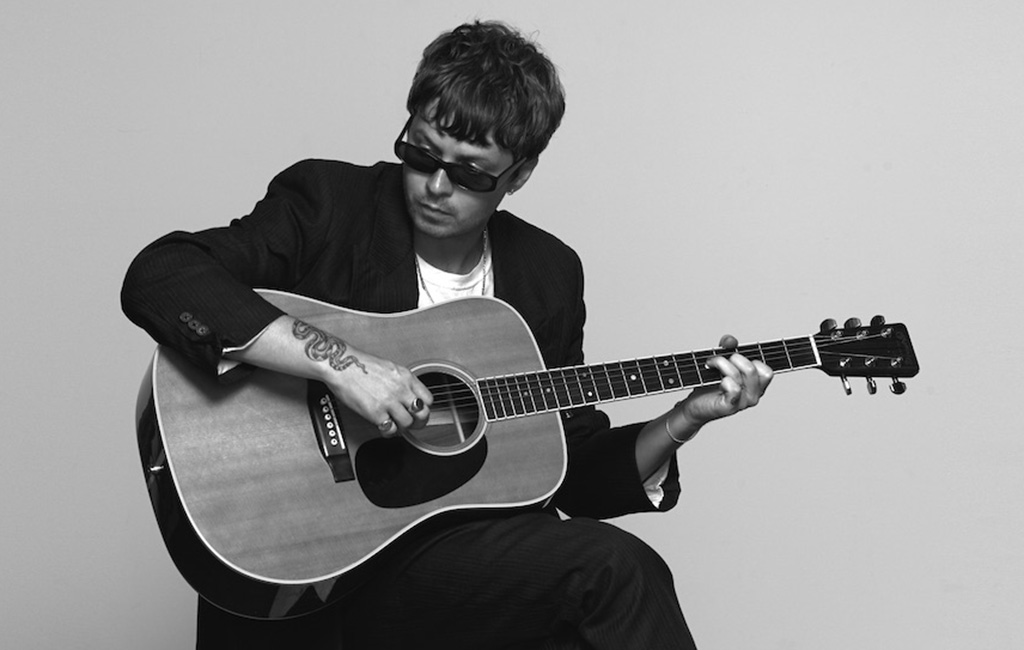 The multitasking musician offers his unique perspective from all rungs of the music-biz ladder.

Ben Cook is hardly the only musician with multiple bands underway at once, but in his case, he’s not merely multitasking—he’s inhabiting several parallel universes simultaneously. In the late ’90s, while still in his teens, he emerged as the lead screamer of No Warning, who achieved godhead status on the East Coast hardcore circuit before breaking up in 2005 and reforming nearly a decade later. In the interim, he joined fellow Toronto crew Fucked Up as third guitarist to expedite their transition from antagonistic punks to rock-opera conceptualists. And throughout, he’s pursued all manner of passion projects—the Marvelous Darlings, The Bitters, Yacht Club, and, currently, Young Guv—to showcase his irrepressible talents as a power-pop craftsman.

Over the course of his two-decade career, Cook has worked with labels ranging from the tiniest micro-indies to hip imprints like Captured Tracks to Warner Brothers (whose Linkin Park-spawned subsidiary, Machine Shop, scooped up No Warning for a brief tenure). Cook’s experiences on all rungs of the music-biz ladder inspired him to launch his own short-lived label operation, Bad Actors, to nurture then-nascent Canadian acts like U.S. Girls and HOMESHAKE. But for his latest Young Guv releases—last August’s GUV I and its October sequel, GUV II—he’s landed with Boston’s Run for Cover Records, where he feels right at home on an eclectic roster that spans indie-pop faves Turnover and post-hardcore phenoms Fury. From his current home in Brooklyn, Cook offers his perspective on the ideal arrangement between artist and label.

Spotify for Artists: Back in 2004, your band No Warning signed on with Warner Brothers and since then, you’ve been working with all manner of smaller labels for your various projects. What was that experience like for you?

Ben Cook: I think joining Fucked Up opened my eyes a lot. I had a real appreciation for how that band and their music was handled—-very independently and very hands-on. It really changed the way I looked at things, and definitely reminded me that there is still a DIY culture and still a lot of people willing to do these labels for fun. At that time, I just really wanted to do as much as possible because it felt good to be able to release these records my own way—you know, make the art and have no one question it. Getting a package of 7-inches from the label was a really good feeling—it’s like, “Here’s this physical artifact that will probably be lost in the dollar bin one day.” That was a cool feeling to me. It still is.

You had your own label, Bad Actors, for a couple of years. But with Young Guv, you’ve opted to work with other labels rather than release the music yourself—why?

With a solo project, it's hard sometimes to get up and want to be super-24/7 with it, because you don't have a band member to bounce shit off of. If I was in a band, and had like four other members around me that could basically act as a label, I wouldn't have searched for a label. But because Young Guv is just me, I wanted to work with a label who were very hands-on and who wanted to get creative with how shit is released—you know, almost act like other band members would, and actually come to me with ideas. Also, it is useful if a label comes with a bit of an advance, because then I'm able to actually tour. Even though my best friends would do pretty much anything for me and vice versa, I pay everyone I work with.

Why is Run for Cover the ideal label for you now?

I had made a 20-song album, and the only label I DMed after I moved to Brooklyn was Run for Cover. I liked how they had this mixed bag of kinda low-key artists, but they also had Turnover and Citizen, so they know what they're doing. I said, “This is my 20-song album, I want you to put it out.” And they were like, “Hmmmm... I'm not sure releasing 20 songs all at once is the best move.” So they came to me with the idea to split it up into two albums. It wasn't my idea, but it's not like a Fucked Up album where there’s a conceptual story and splitting it up would ruin it.

So I wasn't opposed to it at all, and I was stoked that they cared enough to make a plan and it ended up being a really cool way to release things. So instead of releasing an album and serving streaming DSPs with three singles, I was able to split up the album and to go to Spotify with six singles spread out over two records. I've been releasing music since May, and it's almost November, and I'm still on this campaign. So [the two-album strategy] is definitely a way to milk it and post more content and do more on social media. But then, I don't really care where it's going—I'm just happy that I'm able to be making more shit.