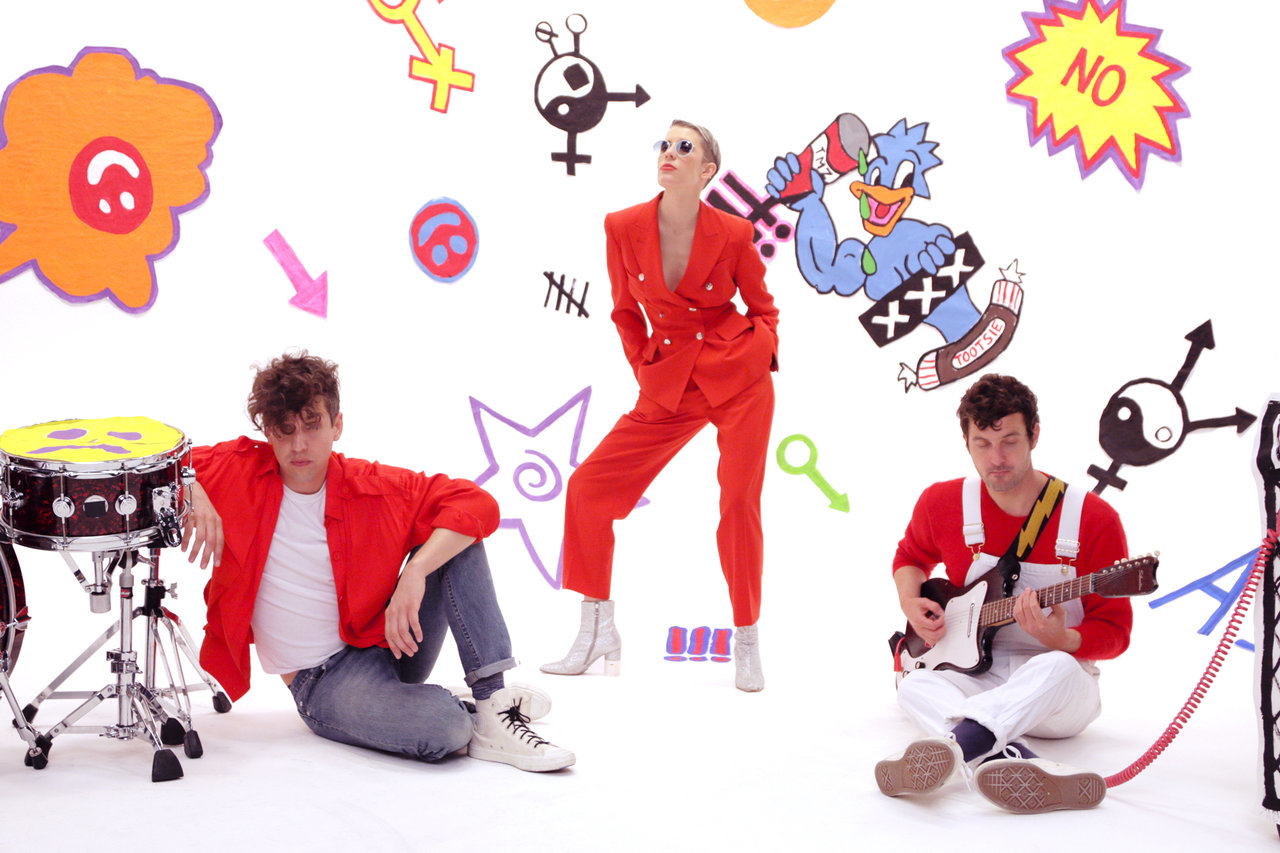 Any artist who thinks they can build a career just on the merit of their sound would be wise to take a glance back at history. From Elvis’s hypnotic hips to the Rolling Stones’ impudent tongue logo to Madonna’s outré Jean-Paul Gaultier cone bras, popular music—a genre born alongside television and shaped by mass media—has never been just about sound. It’s style, swagger—an act in the fullest sense of the word. And to deliver at full-impact is a multisensory job.

Image, when done right, is not a gimmick. It’s the physical embodiment of your music. Design, photography, fashion, video—these are vehicles to express yourself on an additional plane, amplifying what you have to say and making it travel further and resonate more powerfully with your audience.

Now, more than ever, musicians need a visual identity. The internet has made it all but a marketing imperative. Increasingly, new talent is seen (via Instagram feeds, thumbnails on streaming recommendation homepages, etc.) before they are heard. Music-sharing services like Spotify require artists to upload album art in order to post songs. Online video platforms picked up where MTV left off, giving the music video arguably even more clout.

And, here’s the thing, you can’t opt out. Even the void of an image, a “non-image” like Kanye West’s lack of album art for Yeezus (2013) or Dave Matthews’ enduring normcore style, sends a message, communicates meaning.

Worried? Don’t be. The good news is, you don’t have to be a Bowie or Björk to create an effective visual persona. The better news is that technology and social media have made the business of image-making easier (and cheaper) than ever before. Read on for some how-to advice from the experts.

Tap Into Your Inner Creative Director

To start, take a moment to ponder the big picture. “Ask yourself who your music is for and what the message is that you’re trying to share,” recommends Marissa Ramirez, who as a Director of Creative Content and Music Video Commissioner at Interscope Records works with musicians to hone their artistic direction. “Once an artist knows who they are, it’s easier to build visuals that support their world.”

If that feels like too much to bite off, break it down to the album, or song, you are working on. “We love taking the opportunity to reimagine the visual identity of the band with each album cycle,” says Claire L. Evans, who with Jona Bechtolt comprises the synth pop duo YACHT. “For example, for our 2015 record I Thought the Future Would Be Cooler, we made fonts that spoke to the transmedia, global glitchiness of modern life.”

Inspiration means research. Plumb the internet and photo-sharing platforms like Pinterest and Are.na, bookmarking images that resonate. But don’t limit your search to online. “Go to your local bookstore and get lost in the art/photo section,” says Ramirez. “Nothing beats the actual experience of reading and getting inspired.”

It also doesn’t hurt to keep tabs on what masters of the form like Tyler, the Creator, Grimes, and Solange are up to, attune to ways you might borrow from their playbook.

And by all means, don’t go it alone. “Find someone who you think has incredible taste and ask their opinion,” says Ramirez. “There are emerging creatives in different fields that also want to establish a name for themselves and are down to work towards a common goal.”

Finally, understand that your imagery needs to evolve in sync with your sound. “Over the years the process of designing our world and making the music have become more and more intertwined,” says Evans. “Now I could never tell you for certain which comes first.”

The digital era has democratized the production process. Where once musicians had to enlist a small army of creative professionals, they now have the resources at their fingertips, from photoshopping apps to design software to online video tutorials, to get the job done themselves.

Even producing your own music video is doable. “Use a phone camera and come up with an interesting edit device,” says Brook Linder, who has directed videos for artists like Beck and Stephen Malkmus. “Editing is free and anyone can do it, so get really good at it.”

Set design too can now be a DIY affair. Online videos how-tos give advice on how to bootstrap your own lighting while sites like Tumblr and Pinterest offer a wealth of inspiration. And remember, you don’t need all the eye candy of the last Taylor Swift tour. “It’s not just about the objects on the stage but the relationship between the audience and the performer,” advises Griffin Frazen, a production designer who’s worked with the likes of Solange and Oneohtrix Point Never.

“Music videos, album art, Instagram, or live sets on their own are only a small piece of a larger story,” says Evans. “What makes the biggest impact is a cohesive visual identity across all platforms, both IRL and URL.” She’s right, of course. But not every artist has the time or resources to hit all the touch points. If that’s the case, where should you concentrate your efforts? “As a developing artist, I think social media and video content are important, because they’re sharable and help build your audience,” advises Ramirez.

Thanks to algorithm recommendations, video platforms play a significant role in how internet users discover new music and new artists. Their comments sections are also important, helping to foster community and connect fans. Social media, meanwhile, puts you in direct control of your narrative. “Ten years ago artists’ stories were more controlled, now we can see when someone is having a bad day or dealing with common issues which humanizes them,” says Ramirez. In other words, don’t be afraid to share less glossy, more vulnerable photos in this space.

This was by far the advice we heard most often. “There is no need to overthink visuals when you’re still growing,” says Ramirez. “It can be overwhelming because you might be comparing yourself to other artists, but just know everyone has to start somewhere.” Linder expresses a similar sentiment. “The best music videos are simple and honest,” he says. “I want to see the artist’s personality. No one’s favorite video cost a million dollars.”

Indeed, even a tactic as basic as having a signature color scheme can be effective. For instance, Interpol incorporates red, white and grey into everything from their album art to their stage lighting while Ariana Grande has all but cornered the market on millenium pink. Best of all, colors don’t come with a price tag.