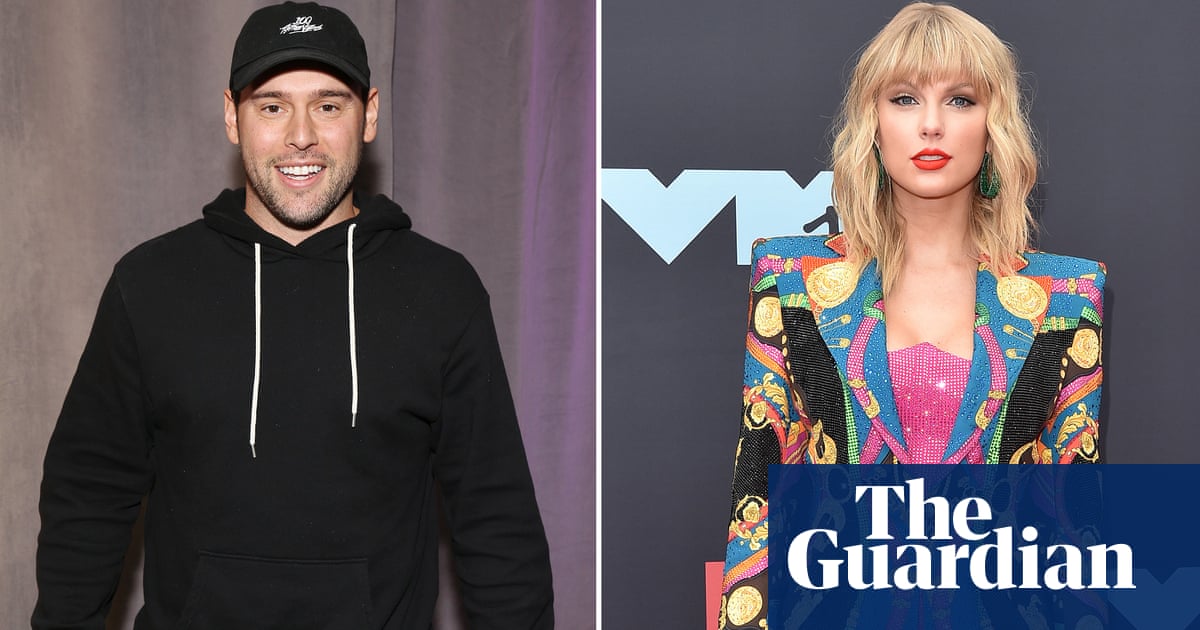 Scooter Braun, the former manager of Taylor Swift – whom she accused of forbidding her to perform her own music – has asked her to resolve their dispute.

In a lengthy message posted to Instagram, Braun says his family have received “numerous death threats” in the wake of the dispute with Swift, including a phone call to his wife threatening the safety of their children. He posted a screengrab of one of the threats.

Braun writes: “I would like to find a resolution ... I’m open to ALL possibilities. My attempts and calls to have an open discussion with you over the last six months have all been rejected. While some on your team and many of our mutual friends have tried to get you to the table, all have had no luck. It almost feels as if you have no interest in ever resolving the conflict.”

He added: “I assume this was not your intention but it is important that you understand that your words carry a tremendous amount of weight and that your message can be interpreted by some in different ways … We are living in a time of pointless violence and as a husband and father I am concerned.” Swift has not yet responded.

Braun and Swift’s dispute centres on her rights to her back catalogue with Big Machine, the label that signed her aged 15 and released her first six albums. After Swift left to sign with Republic, part of Universal Music Group, Big Machine executive Scott Borchetta sold the company to Braun, effectively granting ownership of her early master recordings to him.

After that deal was made, Swift complained of “incessant, manipulative bullying” from Braun over the years, adding: “My musical legacy is about to lie in the hands of someone who tried to dismantle it.” Swift intends to rerecord and rerelease her first six albums, to regain control of the masters.

On 14 November, Swift claimed that Braun and Borchetta were preventing her from performing a medley of Big Machine-era songs at the American music awards (AMAs), to be held on 24 November. She wrote on Twitter: “I’m not allowed to perform my old songs on television because that would be rerecording my music before I’m allowed to next year.” She also said they were blocking the use of her music in an upcoming Netflix documentary about her life. She asked fans: “Please let Scott Borchetta and Scooter Braun know how you feel about this.”

Big Machine denied the claim, and said Swift’s appeal to her fans “greatly affects the safety of our employees and their families”. They also countered by accusing Swift of owing them “millions of dollars and multiple assets to our company”, which Swift’s representatives responded to by claiming “an independent, professional auditor” had assessed Big Machine actually owed Swift $7.9m in outstanding royalties.

On 18 November, Big Machine announced that Swift was cleared to perform her old music at the AMAs. Braun reiterated this in his Instagram post, writing: “You do not need anyone’s permission to do so legally but I am stating it here clearly and publicly so there is no more debate or confusion.” Prominent figures including Democratic presidential candidate Elizabeth Warren and representative Alexandra Ocasio-Cortez had backed Swift’s right to perform.

Pop super-manager Scooter Braun: 'I was not going to let Justin Bieber die'

Braun had not made personal statements on the crisis until Thursday, when he appeared at the 2019 Entertainment Industry Conference in Los Angeles. “When there’s a lot of things being said and a lot of different opinions, yet the principals haven’t had a chance to speak to each other, there’s a lot of confusion,” he said, adding that he disliked the public nature of social media complaints. “I don’t like anybody doing it, and if that means that I’ve got to be the bad guy longer, I’ll be the bad guy longer, but I’m not going to participate.” In his Instagram post he acknowledged his earlier words, but said he was now going public because “I am certain there is no situation ever worth jeopardising anyone’s safety”.