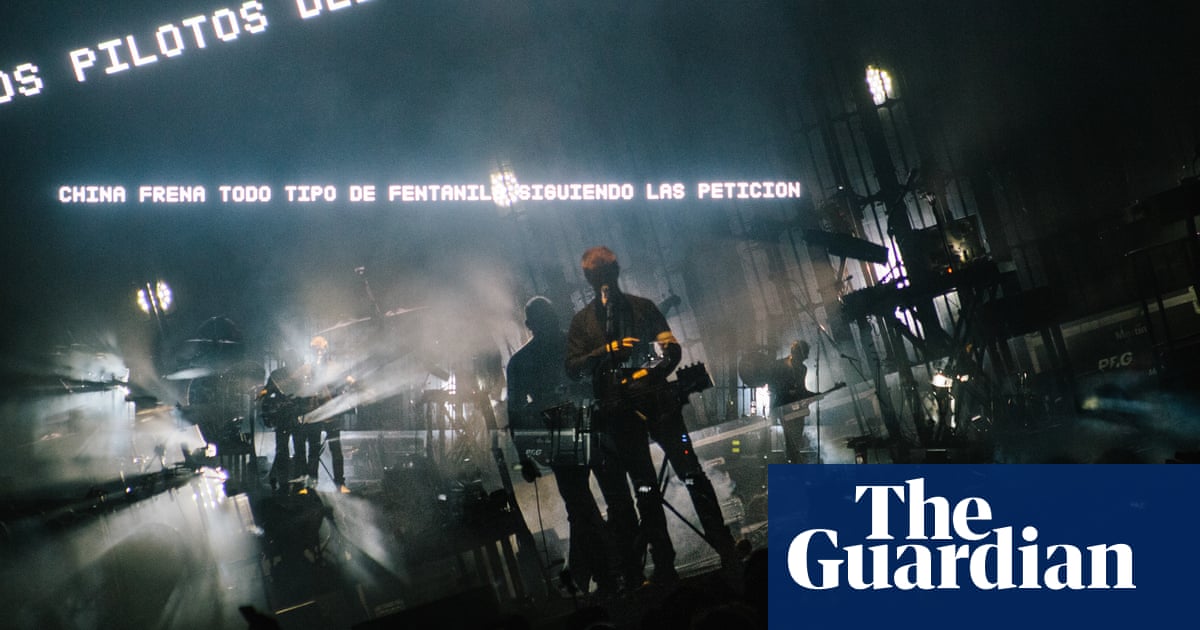 Last week Coldplay announced they were to stop touring until they were sure it would be carbon neutral; now Massive Attack are partnering with academics to map the carbon footprint of the music industry.

The researchers from Manchester University’s Tyndall Centre for Climate Change Research will analyse data from Massive Attack’s touring and recording schedule to look at three key areas where CO2 emissions are generated: band travel and production, audience transport and venue.

The aim is to provide information and guidance to the wider music industry so that it can reduce its negative environmental impact in light of the increasing climate emergency.

“In an emergency context, business as usual – regardless of its nature, high profile or popularity – is unacceptable,” wrote Robert Del Naja, AKA 3D, Massive Attack’s vocalist, in an article for the Guardian, explaining the collaboration.

He said the band had tried carbon-offsetting for almost 20 years, paying to have trees planted, prohibiting the use of single-use plastics and travelling by train wherever feasible. But they had come to the conclusion that “offsetting creates an illusion that high-carbon activities enjoyed by wealthier individuals can continue, by transferring the burden of action and sacrifice to others – generally those in the poorer nations in the southern hemisphere”.

Del Naja said the band did not want to stop playing big shows or festivals, but that seismic change was essential for the planet’s future.

“Given the current polarised social atmosphere, uplifting and unifying cultural events are arguably more important now than ever, and no one would want to see them postponed or even cancelled. The challenge therefore is to avoid more pledges, promises and greenwashing headlines and instead embrace seismic change,” he wrote.

Dr Chris Jones, a research fellow at Tyndall Manchester, said: “We will be working with Massive Attack to look at sources of carbon emissions from a band’s touring schedule. Every industry has varying degrees of carbon impact to address and we need partnerships like this one to look at reducing carbon emissions across the board.

“It’s more effective to have a sustained process of emissions reductions across the sector than for individual artists to quit live performances. It will likely mean a major shift in how things are done now, involving not just the band but the rest of the business and the audience.”

The collaboration will produce a framework based on gathered data over Massive Attack’s forthcoming tour including band travel and production, audience transportation and venue impact.

This year, Glastonbury festival banned single-use plastic, and an increasing number of artists are taking steps to reduce their environmental footprint.

In an interview with BBC News last week, Coldplay’s frontman, Chris Martin, said the group were waiting to tour their new album, Everyday Life, so they can ensure such a tour is carbon neutral. “Our next tour will be the best possible version of a tour like that environmentally,” said Martin. “We would be disappointed if it’s not carbon neutral. We’ve done a lot of big tours at this point. How do we turn it around so it’s not so much taking as giving?”

The solo artist Billie Eilish’s next tour, in March, will feature the “Billie Eilish eco-village”, where fans can learn about their role in the climate crisis. Those who pledge to fight the climate emergency with the organisation Global Citizen can earn free tickets to the sold-out shows.

The 1975 are working towards making their tours carbon-efficient and have pledged to plant a tree for every ticket sold to their UK arena tour in February. The British band have also stopped producing new T-shirts, instead screen-printing a new design over old merchandise stock.