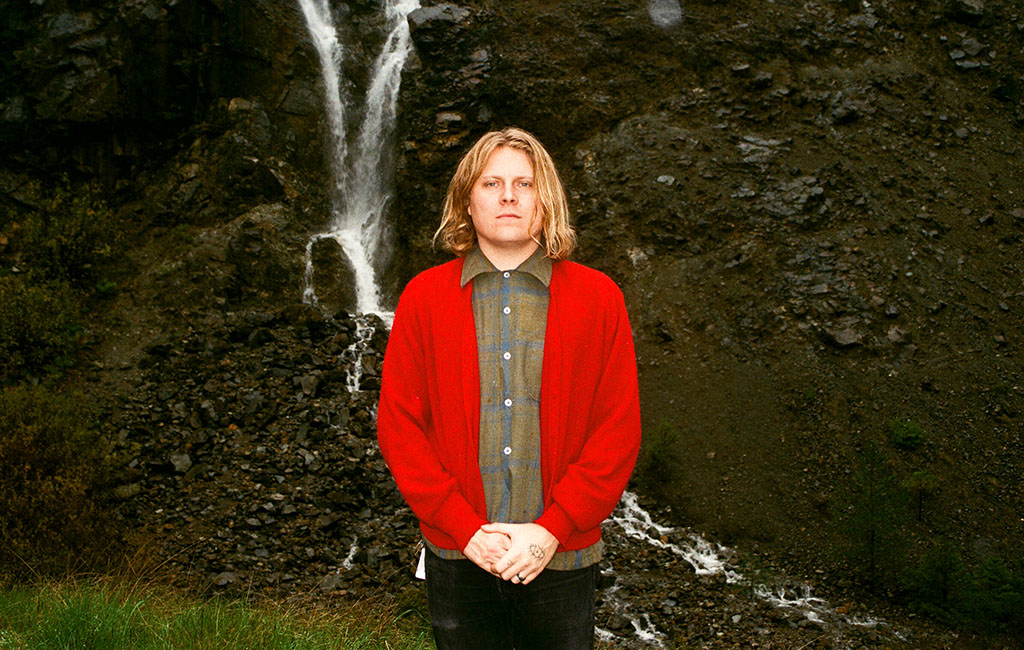 The garage-rock kingpin’s new album features a wide array of instruments—but not the one he’s most famous for.

Released ten years after his debut record, Ty Segall’s 2018 double-album opus, Freedom’s Goblin, provided a panoramic snapshot of all the styles and sounds the ultra-industrious Californian musician had mastered over the previous decade. These include: garage rock, psych rock, punk rock, funk rock, folk rock, glam rock, stoner rock, and pretty much every other adjective you could throw in front of the word “rock.” But no matter what form his music has taken, his vast discography is united by a common characteristic: His songs are typically written and/or performed on guitar.

His new album, First Taste, is very much a Ty Segall affair, in that it synthesizes heavy riffs and heady hooks with maniacal, mad-scientist glee. But it rocks in a dramatically different fashion than any of his previous records. Atop an earthquaking, double-drummer foundation, Segall builds a fuzz-covered wall of sound using analog synths, saxophone, bouzouki, harmonizer, and koto (among other exotic noisemakers you may have to look up on Google). But missing from that veritable pawn-shop inventory list is the instrument upon which Segall’s legacy was built: the guitar. Spotify for Artists spoke to Segall about why even the most dedicated rock ‘n’ rollers have to sometimes let go of the thing they love the most.

Spotify for Artists: When it came out in 2018, Freedom’s Goblin felt like a highlight-reel summation of everything you had accomplished up to that point in your career. But in hindsight, it feels more like your farewell to guitar rock. How did that record inform the direction you’ve taken with First Taste?

Ty Segall: I’m the kind of person where, in order to really enjoy something, I have to do the opposite. As a songwriter, I just feel it’s good to try different methods of writing songs. I don’t want to ever feel stuck, and to be honest, after Freedom’s Goblin I was like, “I don’t think I can write songs on the guitar right now, because I think I’m tapped out—I’ve hit my maximum guitar style.” In order for me to continue to play guitar and not get burned out on it, I had to not play guitar for a while.

How did you figure out where to go from there?

Originally, I bought a bouzouki, which has Greek and Irish roots. I was just trying to write a song on it, and I came up with the last song on [First Taste], “Lone Cowboys,” and I was like, “Oh, this is a different-sounding thing—how can I stretch this out and keep going with this vibe?” Then I bought the koto, and it cemented the idea of “I don’t want any guitar on this record!” I don’t think I can play these instruments properly, but I came up with these weird songs that I could never come up with on the guitar, because I know how to play the guitar, and I have my tricks that I always do. So I got excited, and then I was like, “Okay, now I have to do an a cappella song [“Ice Plant”], because that’s the scariest thing I could think of doing, and it has the highest chance of failing.” Stuff like that makes me excited—because if it doesn’t fail, it will be awesome.

How did experimenting with all these different instruments inspire the kinds of songs you were writing?

Whenever I write a song on the guitar or the piano, I’m always singing a melody while I’m doing it. Or I’m writing the lyrics phonetically as I go—I just mumble and take the syllables and sounds and then make the words out of that. But for this record, 100 percent of all the vocal melodies and lyrics were done post-composition of the music, which is something I’ve never done before. I’m a firm believer that those two things should be intertwined... or at least that’s what I thought about myself. Now, I feel more comfortable separating them, though it’s been really weird playing the riffs and singing them now while I’m practicing, because rhythmically, they’re totally disconnected. It’s kind of like tapping your head while rubbing your stomach.

You can sense that in the song structures, which don’t follow a linear logic. The lyrics are more fragmented, like lines in a poem. Few of them even rhyme.

I’m always trying to improve lyrically. On the early records I made, some of those songs I can’t listen to, because lyrically, I’m like, “Man I had some childish stuff going on there!” I think the whole idea of this record was about breaking out of whatever formulas I had become accustomed to using. Not writing with the guitar—and not singing along while writing a song—forced me to change a lot of the lyrical structures. It’s not just verse/chorus/verse/chorus/bridge/solo/chorus. The lyrics are these odd phrases.

Now that you’ve had your first taste of making music without guitars, is it something you see yourself exploring further?

I really, really enjoyed making this record—it was a very fun puzzle to figure out. And I already have ideas to go further down the rabbit hole. But then I love rock ‘n’ roll. There’s nothing like a good riff—like “School’s Out” by Alice Cooper. Every time I get bummed on guitar music, I put that song on and I’m like, “Fuck, there you go—that’s why you should make rock ‘n’ roll. It rules!” I think I’ll always do that stuff. As long as I’m doing both weirdo style and big guitar style, it’ll be balanced in my brain.