The Do's & Don'ts of Sample Clearances | Spotify for Artists 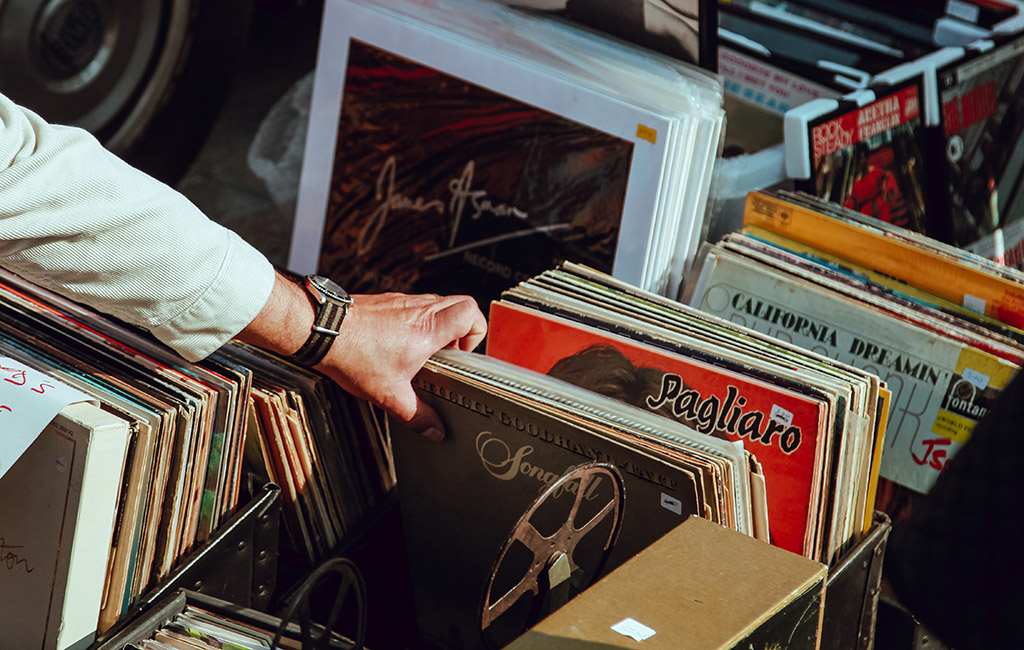 What you need to know to avoid the potential landmines of borrowing a few sounds.

Back in May, The Verve's Richard Ashcroft made waves when he announced that Rolling Stones members Mick Jagger and Keith Richards were turning over songwriting credit for "Bittersweet Symphony" to him.

It was an unexpected turn of events: After the 1997 release of the massive hit—which sampled a series of notes from The Andrew Oldham Orchestra's take on the Rolling Stones' "The Last Time"—Ashcroft and the Verve lost both lucrative royalties and songwriting credits in a lawsuit, since the orchestral sample hadn't been fully and completely cleared.

The Verve's situation is an extreme case, but it demonstrates the complexities of sampling—and the sometimes-expensive realities of what happens when an artist doesn't dot the i's and cross the t's from a legal perspective.

There are two kinds of samples: an interpolation, where a musician re-records lyrics or music from another artist's song, and a more straightforward sample, where an artist incorporates elements of an original recording in a new song. (For the purposes of this piece, we're going to focus on the latter.) In both cases, artists have to go through the proper channels and clear any samples, which can be complicated.

"There isn't a central database or a central way to clear these songs," says Mara Kuge, president and founder of Superior Music Publishing, a music publishing and sync consulting company. "It's something that has to be negotiated with all the parties that own the song you want to sample. There really is a process of getting it cleared."

Although every sampling case is different, we checked in with three experts who have extensive experience to gather some best practices and advice on how to successfully clear samples.

Do: Keep detailed notes in the studio over what's being sampled.

Before the process of clearing a sample even begins, make sure you're clear on what you're sampling and where. This work begins in the studio, with keeping song sheets with detailed info about compositions, says Deborah Mannis-Gardner, the owner and president of music-rights clearances company DMG Music Clearances.

"A lot of producers create beats and then they forget where they got the sample from," she says. "And then they're behind the eight ball trying to clear it, when they don't know exactly where it came from. So it's really important to keep good notes."

Do: Realize that clearing a sample involves a lot of paperwork.

Artists can expect to need at least two separate licenses when trying to clear a sample: the publishing and the master. This means that artists need to have a contract for a song's words, music, and melody—all of which are covered by the publishing license—and also one for the specific recording being sampled.

In many cases, these licenses involve contacting the same artist. For example, Kuge's company represents the song “It's Alright With Me” by Part Time, which was recently sampled on Tyler, The Creator's “Puppet.” Not only did the rapper have to get permission to use the lyrics and music crafted by Part Time songwriter David Smith, but he also needed clearance to use the specific recording of the song released by Part Time.

Don't: Try to handle a sample clearance yourself.

Sometimes artists know exactly what song they're sampling, and have a solid idea of who they need to reach out to for clearance. However, that's not always the case.

Producers might sample a song from YouTube or SoundCloud without knowing its origins, and have it unwittingly end up on another artist's tune. (See: Lil Nas X's "Old Town Road.") Record contracts, especially older ones, can be obtuse, and label mergers often mean that discovering who owns the rights to a song can feel like an overly challenging scavenger hunt. When a sampled song has multiple songwriters—who often are represented by multiple publishers—or when a track being sampled doesn't have the same songwriter and performer, clearances are also complex.

At any rate, Kuge stresses that artists shouldn't try to clear a sample on their own.

"There's myriad rights issues that they can get tangled up in and not know anything about, and then end up being part of a lawsuit," she says. "They would have to be a pretty savvy artist to be able to do it on their own."

Kuge also cautions that even if an artist gets verbal consent to use a sample (say, from a friend), that's not good enough in a court of law. "There's going to be other rights-holders involved too [that] their friend may not even be aware are involved,” she says. “So it really best to leave it to the professionals."

Do: Realize clearing a sample can be pricey, both in the short- and long-term.

In terms of upfront costs, sampling often isn’t cheap if you're dealing with a major label and publisher.

"If you've got a song with one publisher and one label, the publishers charge between $1,500 and $3,000 as a non-negotiable fee, plus a piece of the new copyright," says Mannis-Gardner, who adds that the label will then charge several thousand dollars more on top of that.
On top of these fees are back-end costs associated with royalty splits—in other words, the percentage of future royalties a sampled song's publisher is taking in exchange for approving the sample.

"Obviously, it depends on the scope of the use—how much of the material from the previously existing recording you're using, how recognizable it is, whether or not it includes vocals in addition to instrumentation," says Dan Jensen, a paralegal for the law firm King, Holmes, Paterno & Soriano. "I've cleared many drum loops that [mean] you're suddenly giving away, you know, 50 percent of your earnings in connection with your recording."

Don't: Assume that any lawyer can handle a sample clearance.

Though Mannis-Gardner notes that her dedicated music-rights clearance company sometimes handles securing clearance rights without the input of a lawyer, she often works in tandem with attorneys (and paralegals such as Jensen) when negotiating deals. "We can review a lot of the agreements, but some of our clients like an attorney to review the sample licenses," she says.

Jensen stresses that artists who do get a lawyer should get an experienced music-business attorney to look over agreements. For example, he says major labels and publishers issue standard legal forms, but indie labels and publishers, who might not deal with sample clearances as much, might not have paperwork that's as clear-cut or legally airtight.

Do: Realize that sample clearances come with limits.

Clearing a sample doesn't give artists carte blanche to use the song anywhere and everywhere, especially if the approving body is a major label or publisher.

Mannis-Gardner echoes this scenario; in fact, her company asks to clear a sample for "all audio configurations in perpetuity and worldwide," and not for "all media," since she says the latter just usually isn't approved, especially with majors. Working with independent labels can be different, however, she adds: "Sometimes they don't want you to come back and they want to include it all in the deal."

Don't: Try to clear a sample at the last minute.

Finding the source of a sample often takes time, especially if it's been unearthed from SoundCloud or YouTube. Even if you can track down the person who owns the song's copyright, they might not grant a sample right away, due to prolonged financial negotiations. Plus, securing the necessary permissions and paperwork also takes time. Kuge recommends allowing "at least a couple of months to do it. It's not the kind of thing you can do overnight."

Don't: Release the song if you are unable to clear a sample.

Sometimes even after hours and hours of searching and digging, the sample source remains elusive. In that case, it's best not to release it, as you're opening yourself up to financial and legal repercussions. "Once the album's already out, you have absolutely no leverage," Kuge says. "You are basically at the mercy of the person whom you sampled illegally, whether it was an accident or not. And they can make you pull your song, and you don't want to do that."

There's also no wiggle room or gradations in sampling, Mannis-Gardner adds. "Don't say, 'Well, it's not for sale. It's on SoundCloud.' Or, 'It's just to promote who I am, and I'm not making any money from it.' If you sample something, you incorporate someone else's music in your music, you need to do the right thing and you need to clear it. There's no way around that. "

Even if you do decide to risk it and release the song, a demand can be made to clear a sample at any time, she stresses. "It'll always catch up with you,” she says. “I'm constantly working on famous artists who did remix albums, like, ten years ago that didn't clear their samples that are cleaning [them] up now."