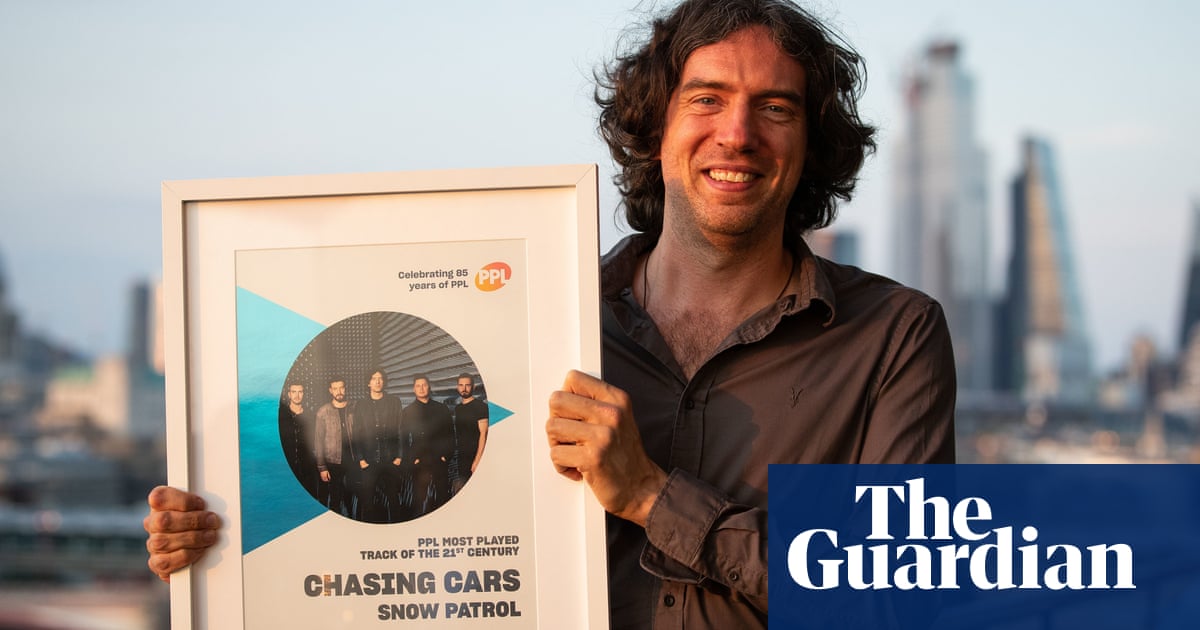 Chasing Cars by Snow Patrol has been named the most-played song on British radio this century.

Music licensing body PPL calculated that it received the most plays, ahead of I Gotta Feeling by the Black Eyed Peas, and Happy by Pharrell.

Gary Lightbody, the band’s frontman, described Chasing Cars as “an emotionally open song, and it’s a simple song. But it’s also unabashedly a love song, and we don’t really have any others. The way it unifies an audience is the thing I most cherish about it. It’s a beautiful moment every time you play it.”

The song also received a major boost from being used in the US hospital drama Grey’s Anatomy. “They asked us whether they could use the track six weeks before it was on in America, so we had forgotten,” he told the Telegraph. “It would have been during the UK bedtime so we went to bed one night and woke up the next morning and Chasing Cars was number one on US iTunes overnight.” It also reached No 5 in the US charts.

The band recently cancelled tour dates to allow band members to recover from of separate injuries. Guitarist Nathan Connolly is recovering from nerve damage, while guitarist Johnny McDaid needed surgery for a neck issue. The cancelled dates included sets at the Glastonbury, TRNSMT and Latitude festivals.