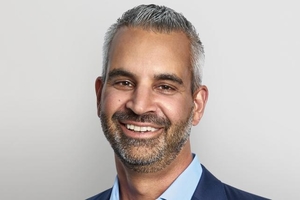 AT&T’s Xandr is introducing its highly-anticipated ad marketplace, dubbed Community, as part of its first upfront presentation on Tuesday morning.

At launch, the video marketplace will include digital inventory from WarnerMedia’s brands including TNT, TBS, CNN, TruTV, B/R Live, Otter Media and Warner Bros., along with Vice, Hearst Magazines, Newsy and streaming services Philo, Tubi and Xumo. Linear TV inventory is expected to be included later in the year.

The goal is to enable advertisers to connect with hard-to-reach audiences, regardless of how they engage with content on TV, connected TV, over-the-top, mobile and online. The marketplace is designed to be brand-safe and privacy-protected, the company said in a statement. Ultimately, the hope is this will lead to the convergence of linear TV and digital video.

The marketplace is officially open for business, Brian Lesser, CEO of Xandr, said in a statement.

Xandr’s pitch to agencies and marketers comes after AT&T received final legal approval in February for its $85.4 billion acquisition of WarnerMedia (formerly Time Warner). WarnerMedia will host its own upfront presentation on Wednesday.

Xandr was first established in 2017, when Lesser was named CEO of the then-unnamed advertising and analytics unit, with the ultimate goal of connecting traditional TV, addressable TV, over-the-top streaming TV services and digital-video inventory into a marketplace that’s data-driven. While we aren’t there yet, Community is the first step toward that goal.

As part of its announcement, Xandr is also expanding its addressable TV offerings to help advertisers reach so-called “light TV-viewing” audiences. Brands will now be able to reach households that may watch non-ad-supported platforms and only occasionally consume programming on ad-supported channels, while at the same time capping the frequency of ad deliver to heavy TV-viewing households.

This enhancement is meant to show how addressable advertising is not just for niche brands, but for all marketers that want to help control ad frequency and achieve incremental reach.