What it costs to hire Kim Kardashian West to plug your brand on Instagram: Friday Wake-Up Call | Advertising Age 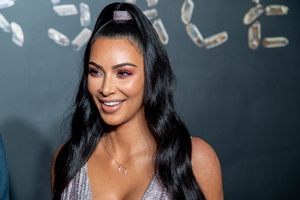 What people are talking about today
Kim Kardashian West has 137 million Instagram followers (many of whom are surely bots, but still.) So is it really surprising that she charges brands a hefty price to plug products to her fans? Business Insider reports:

The disclosure comes in a lawsuit filed by Kardashian West and her corporation, Kimsaprincess Inc. (yes, that name is for real.) Business Insider says they accuse a fashion company called Missguided of misappropriating her image.

Obviously, if you have more Instagram followers than Japan has people, it’s only smart to monetize them. What’s even smarter: Kardashian West now reserves most of her Instagram endorsements for KKW Beauty—the brand that she created herself.

Facebook strikes back
Yesterday, Facebook co-founder Chris Hughes argued in a New York Times op-ed that Facebook has gotten too powerful and should be broken up. But—surprise!—Facebook doesn’t think that’s a good idea. The New York Times carries the company’s response:

“Facebook accepts that with success comes accountability,” Nick Clegg, Facebook’s vice president for global affairs and communication, wrote in a statement. “But you don’t enforce accountability by calling for the breakup of a successful American company.”

Clegg says the internet needs new rules to make tech giants accountable, and that Facebook CEO Mark Zuckerberg is working with government leaders on that. But ... a breakup? No.

The Verge has an irreverent-but-factually-accurate headline on the social media giant’s rebuttal: “Facebook says it shouldn’t be broken up because it is very successful.”

Cuts at Comscore
These are turbulent times at Comscore, the audience-measurement company. The Wall Street Journal writes that Comscore plans to "cut its workforce by 10%, or roughly 180 people, through a combination of layoffs and eliminating empty positions as it pursues profitability.”

As it announced job cuts Wednesday, the company also reported first quarter revenues down about 3 percent from the year-earlier period. Five weeks ago, the two top executives walked out, with former CEO Bryan Wiener citing “irreconcilable differences” with the board.

Just briefly:
Get ready: The TV upfronts are next week. Sign up for Ad Age’s upfronts newsletter here. And read Jeanine Poggi’s interview with Laura Molen, who will pitch NBC Universal to advertisers Monday at Radio City Music Hall; Molen talks about taking over from Linda Yaccarino at the event.

Big brother: An Amazon smart speaker designed for kids “fails to adequately protect children's privacy by illegally keeping data on children even after their parents try to delete it, according to a new complaint from consumer advocacy groups,” CBSNews.com writes.

Actually: In the first quarter of the year, online marketplace Etsy “pulled back on marketing so much that it ran no TV ads at all,” Ad Age’s Adrianne Pasquarelli writes. “It took Etsy the three-month-long period to find out that channels like TV, which drive high brand awareness, are worth the money.”

Vice: Ad Age’s Simon Dumenco has thoughts about Disney writing off its investment in Vice Media: “Let’s be brutally honest here. Many media people, who spent the last several years scoffing at Vice’s ever-increasing supposed valuation, wondered why it took so long for this day to come.”

Listen: “Brown Riot” is a new podcast spotlighting creatives and other industry execs from diverse backgrounds. As Ad Age’s Ann-Christine Diaz writes, ad vet Ant Melder launched it after being mistaken for another creative of South Asian descent at the Cannes Lions Festival—something that happened three times.

Brand idea of the day: Nike is getting an addition to its app so that customers can scan their feet to figure out what shoes will fit them. Bloomberg News writes that the “company says 60% of people wear the wrong size shoe, and concern over fit has a material impact on consumer confidence.” And frankly, the world is ready for an alternative to the old-fashioned metal measuring gadgets you step on at the shoe store. Read more about Nike's app here.