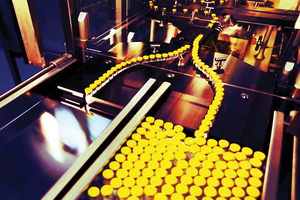 When it comes to understanding supply path optimization, it might be helpful to picture a bazaar, one where countless merchants are spread out across a huge swath of land. These merchants are mostly selling the same things, but any buyer unfamiliar with them is likely to end up paying more for something phony. Savvy buyers, however, know which merchants to see, the best route to find them and what a fair price for something authentic is.

This is essentially what marketers are currently grappling with, minus the cheap souvenirs, when buying ads through automation. That’s because whenever advertisers buy through programmatic or automated systems, the number of “paths” they take to win any given impression is littered with resellers, directly integrated ad exchanges and header-bidding wrappers, often resulting in duplicate auctions for the same single impression they’re bidding for on a publisher’s website. Instead of taking a direct path to the publisher, many ad buyers are taking the scenic route instead, and they’re bidding against themselves along the way.

The solution
As a result, ad buyers are increasingly turning to supply path optimization, a toolbox of strategies and tactics more commonly known as “SPO,” to access a publisher’s inventory through the most efficient route. Different buyers take the best route for different outcomes, says Chris Kane, founder of consultancy Jounce Media.
“‘Best’ means different things to different buyers,” Kane says. “Some care most about participating in fair and transparent auctions. Others, about procuring inventory at the lowest possible cost. And then there are those who care most about maximizing access to high-value inventory. Each brand’s SPO implementation will be different, but the common theme is making intentional choices about the paths through which the buyer and seller transact.”

Why it’s gaining traction
SPO also holds out the promise of dealing with pricing inefficiency, as duplicate auctions for the same impression create very different economics for both the buyer and seller, says Kane. Advertisers are using data to create demand-side platform bidding algorithms to secure inventory at lower prices. “It is currently an experimental technique being pursued by the most savvy in-house marketers in close partnership with their DSP,” he adds.
Taking multiple paths to purchase the same impression often leads to increased infrastructure costs for DSP, which in turn gets passed on to the advertiser in the form of higher DSP fees, Kane says.

“The largest DSPs seem to view auction duplication as a cost of doing business,” he says. “These companies are under intense pressure to operate profitably, and one key lever for containing operating costs is turning off duplicate auctions.”

An effective SPO can also address headaches caused by auction manipulation. Ad exchanges are in head-to-head competition with each other to produce the maximum auction clearing price to the publisher, but that also puts the exchanges into a price war with each other. And it also creates bad incentives to manipulate auction outcomes, says Kane.

“Marketers and their agencies have lost trust in the integrity of programmatic auctions, and the largest programmatic buyers are implementing strategic reviews of their ad exchange to better understand each company’s auction dynamics,” Kane says. “Most programmatic buyers currently distribute their bidding activity across over 50 different ad exchanges, but by consolidating down to a short list of trusted exchanges, the marketers protect themselves from auction manipulation and potentially also secure preferred treatment in the auction.”

Looking forward
Although SPO is currently limited to the web, mobile apps and advanced TV are also poised to see auction duplication as technology improves. It also remains to be seen who decides the best route when navigating SPO. “Is it the responsibility of the DSP, the agency or the brand?” Kane asks.

“The DSPs are best positioned technically to solve the problem, but they are conflicted when making unilateral SPO choices on behalf of thousands of brands,” Kane says. “Agencies and brands have ambitions of designing highly customized SPO strategies, but they lack the resources and technical chops to get the job done.”
Publishers must also solve the problem of creating duplicate inventory for the same impression. How they tackle this issue remains to be seen.