Watch the trailers for Fox’s fall dramas ‘Prodigal Son’ and ‘Not Just Me,’ plus animated comedy ‘Bless the Harts’ | Advertising Age 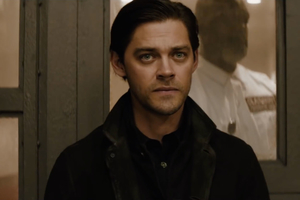 Today Fox released trailers for the three new shows joining its fall primetime schedule: dramas “Prodigal Son” (above) and “Not Just Me” (below), plus animated comedy “Bless the Harts” (also below, tucked into a larger promo hyping the network’s Sunday “Animation Domination”). Scroll down for context from Ad Age’s Anthony Crupi on each freshman series.

You can get Crupi’s comprehensive take on Fox’s new slate in “A streamlined Fox bulks up on on drama, animation,” but for now, here are the relevant bits from his piece related to the trailers above:

Leading out of “9-1-1” Mondays at 9 p.m. ET is “Prodigal Son,” which stars “The Walking Dead” alum Tom Payne and Michael Sheen (“Masters of Sex”). Produced by the ubiquitous Greg Berlanti, who currently has no fewer than 15 dramas airing on broadcast and cable, “Prodigal Son” features Sheen as a notorious serial killer and Payne as his murderer-hunting progeny.

Fox’s second new fall drama is “Not Just Me,” which will air out of the unscripted hit “The Masked Singer” in the Wednesday 9 p.m. slot recently vacated by “Star.” Executive produced by Jason Kitmas (“Friday Night Lights”), “Not Just Me” stars Brittany Snow as the daughter of a fertility doctor (Timothy Hutton), who reveals that he has fathered more than 100 children via artificial insemination. In time, Snow’s character begins to form a sororal bond with two of her laboratory-conceived siblings.

Also on the fall slate is the new animated comedy “Bless the Harts,” which takes the 8:30 p.m. Sunday slot immediately after “The Simpsons.” Among the familiar voices that will be featured in this show about a striving Southern family are those of Kristen Wiig, Maya Rudolph and Mary Steenburgen.

While Fox’s fall schedule is relatively light on freshman scripted efforts, the network has ordered seven other projects for midseason and beyond.