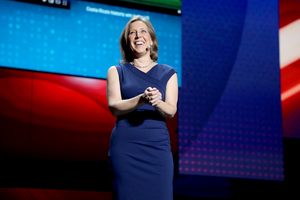 The TV upfronts are here. Over the next week the biggest broadcast and cable networks will make their annual pitches to media buyers and marketers in their heated fight to snag ad dollars for next season.

To stay up-to-date on where and when the biggest presentations and parties will take place, bookmark this calendar (below). You can sort by media company or date.

The newest addition to the dog-and-pony shows is AT&T’s Xandr. Xandr’s presentation won’t include any celebrities or showcase any programming, but will be “full of people talking about how data can be applied to TV and how they can extend their budgets into digital formats,” Xandr CEO Brian Lesser says.

And in another first, CBS will take the stage at Carnegie Hall for the first time in 15 years without former CEO Leslie Moonves at the helm, after he was fired last year following allegations of sexual misconduct. Moonves could always be counted on to take jabs at his competitors and tout CBS’ No. 1 position in the marketplace.

Editor's note: This calendar has been repeatedly updated since February and shows past events, including the Digital Newfronts presentations, as well as the upcoming upfronts.