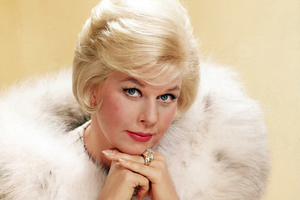 Actress, singer and activist Doris Day died Monday at 97 years old. During her course of a long and prolific career, she starred in films, musicals, sitcoms and dramas and released several studio albums. Some of that music is still featured in ad campaigns today. Here, we showcase some spots featuring her greatest hits.

Squarespace also drew inspiration from “Que Sera, Sera” in its “Dream It” campaign featuring Idris Elba and directed by Spike Jones. In the spot, released in January, Elba lip syncs to a young girl’s rendition of the song.

Heineken’s 2017 “Start Bold/End Bold” spot for Orchard Thieves cider is set to Day’s rendition of “Enjoy Yourself.” The song was originally recorded by Guy Lombardo, but the Day version is featured in both the beverage brand’s campaign as well as a Honda Accord commercial.

Another song, “Keep Smilin', Keep Laughin', Be Happy” from Day’s 1961 album, "Bright and Shiny" was featured in a commercial for the French multinational telecommunications company, Orange.