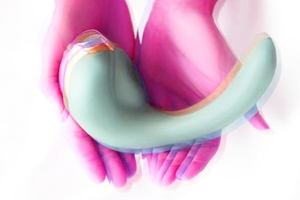 The Consumer Electronics Show is finally giving sex tech its due. The organization that runs the Las Vegas conference restored an innovation prize to an adult products company that had been unceremoniously stripped of the award.

On Wednesday, the Consumer Technology Association, which runs CES, reinstated an award for Lora DiCarlo’s sex toy, the Osé Robotic Massager. The adult toy company won the CES Innovation Award at the event in January, but organizers later reneged and prevented the company from presenting on the showroom floor.

Now, the Consumer Technology Association, or CTA, has acknowledged it mishandled the snub, which drew criticism from people who felt it unfairly targeted a women’s product that had health and wellness applications.

"CTA did not handle this award properly," Jean Foster, CTA’s senior vice president of marketing and communications, said in a prepared statement. "This prompted some important conversations internally and with external advisors, and we look forward to taking these learnings to continue to improve the show.”

CES denied Lora DiCarlo’s award in the middle of its conference this year, though in 2018 the show had welcomed an exhibitor with sex robots, technology mostly designed for men’s sexuality. At the time, Lora DiCarlo CEO Laura Haddock rebuked CES organizers in a blog post, calling out gender bias in the tech industry.

"We appreciate this gesture from the CTA, who have taken an important step in the right direction to remove the stigma and embarrassment around female sexuality,” a spokeswoman from Lora DiCarlo said in an e-mailed statement. “We hope we can continue to be a catalyst for meaningful change that makes CES and the consumer tech industry inclusive for all."

On Wednesday, Lora DiCarlo also announced that it received $2 million from investors, bringing total money raised to $3.2 million. The new money came from a group called Oregon Opportunity Zone Limited Partnership, which invests in companies that locate in economically distressed areas that are eligible for tax benefits. Lora DiCarlo says it is helping spark economic growth in two cities in Oregon, and it created 14 full-time positions last year.