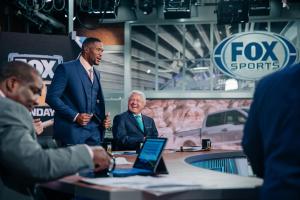 Mediahub has been named media agency of record for Fox Sports and Fox Entertainment.

“As we embark on building Fox Entertainment, Mediahub will play an important role in helping our company strategically reach fans across all platforms in new and innovative ways,” Darren Schillace, executive VP-marketing for Fox Entertainment, said in a statement to Ad Age. Robert Gottlieb, executive VP and head of marketing for Fox Sports, added, “This year is full of incredible new opportunities for our brand. We’re looking forward to working with Mediahub to maximize those and reach more fans than ever.”

John Moore, global president of Mediahub, in a statement said: “We have a long history of working with tune-in brands to drive high-levels of audience engagement, and our team is excited to help FOX win in the marketplace.”

The agency switch is being made a mere a month before Fox will host its annual upfront presentation in New York.  While the network has about a dozen comedy and drama pilots under consideration for the 2019-20 broadcast season, including three straight-to-series orders and the Kim Cattrall Southern Gothic dramedy “Filthy Rich,” the straw that stirs the drink at the slimmed-down Fox is live sports and inexpensive water-cooler fare like “The Masked Singer.”

Fox began laying the groundwork for its pivot to sports two years ago, when it told media buyers that it would leverage its National Football League, Major League Baseball and college football coverage as a means to “own the fall.”

During the 20-week period in which Fox airs postseason baseball and pro and college football—an interval that coincides with the single greatest volume of U.S. consumer spending—live sports accounts for as much as 90 percent of its overall GRPs. Given the commercial impressions sports programming provides (the “America’s Game of the Week” NFL broadcast window has been the highest-rated TV program for 10 years running) and the fact that the average general-entertainment show no longer does so much as a 1.0 rating, the increased emphasis on the gridiron and the diamond just makes good horse sense.

None of which is to say that Fox is sidelining all of its traditional primetime programming. This fall the network will be on the hook to schedule some eight hours of general-entertainment fare per week, a slate that will include at least two nights of dramas and its signature Sunday animation/comedy block. That said, in light of the massive success of its new competition series “The Masked Singer,” which now stands as TV’s top-rated non-sports show, Fox will look to invest fewer dollars in pricey, low-yield scripted projects—the average demo delivery for its current crop of dramas and comedies is currently hovering at a 0.9—while trying its luck with a few more inexpensive competition series.

With just a handful of weeks left before the season shudders to a halt, Fox is currently tied with NBC with an average live-same-day rating of a 1.3 among adults 18-49. Thanks to the addition of the 11-game “Thursday Night Football” package, which ranks as TV’s No. 2 program behind “Sunday Night Football,” Fox has seen its seasonal deliveries rise 8 percent vs. the year-ago period. It is the only broadcaster that can make that claim this season; per Nielsen, ratings at the Big Four nets are currently down 13 percent.

Along with the Cattrall sudser, Fox has ordered two animated pilots to series (“Bless the Harts” and “Duncanville”) and has given the green light to a six-episode reboot of "Beverly Hills, 90210.” Among the projects that would seem to have the best shot at joining those four newbies on next year’s schedule are the John Slattery cybersecurity drama “Next” and Greg Berlanti’s crime procedural “Prodigal Son.”