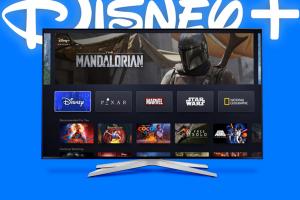 What people are talking about today
The Walt Disney Co. shared some details on its new streaming service, Disney+, and the price is right. The platform will “will go live in the U.S. on Nov. 12 for $6.99 per month, or about half what consumers pay for a standard Netflix streaming package and $2 cheaper than the going rate for Amazon Prime Video,” Ad Age’s Anthony Crupi writes. You get animated films, Marvel fare, all of “Star Wars” and more. As Crupi writes, there were gasps in the crowd when the pricing was announced at a Disney event. It’s hard to say no to $6.99. Note to the other aspiring streaming services trying to compete in this space: You’re in trouble.

Walmart vs. Amazon
Amazon is building a huge digital advertising business, and Walmart wants in on the action. It says it’s buying a San Francisco ad tech company, Polymorph Labs, to make “advertising with Walmart easier for thousands of brands while delivering more relevant digital ads to consumers.” The company has an ad server and expertise in self-serve ad platforms, which let brands manage their advertising with an automated system. As Ad Age’s Garett Sloane writes, Madison Avenue has been ramping up its offerings for Amazon advertising; Dentsu Aegis Network announced an Amazon-focused consultancy just this week. Will Margaritis, senior VP of e-commerce at Dentsu-Aegis Network, told Sloane: “It’s easy to imagine Walmart watching this growth and attention Amazon is receiving and growing jealous.”

Flashback: You know which e-commerce company figured out how to make a ton of money selling ad space on its platforms, well before Amazon did? China’s Alibaba Group. See Ad Age’s article about it, from way back in 2014.

A challenge to Facebook and YouTube
Procter & Gamble Co.’s chief brand officer, Marc Pritchard, has tough words for social media platforms. Again. Pritchard, whose company is among the biggest global ad spenders, says internet giants haven’t cleaned up their act enough, and that digital media has “made it far too easy to hijack conversations and amplify negativity, divisiveness and even hate.”

He wants P&G and other companies to “direct dollars toward platforms that act more like publishers and broadcasters, with full control over content and comments,” Ad Age’s Jack Neff writes. Pritchard, who made his remarks at an Association of National Advertisers event, has often challenged social platforms about brand safety. How serious is he about spending P&G’s money elsewhere?

A quote: “The kind of objectionable content that’s still showing up should never be on any media platform where our brands are present,” Pritchard said.

Just briefly:
Anonymous: Who is making the kids’ content on YouTube? Who knows. The Wall Street Journal says it tried to talk to the creators of the top 10 YouTube channels for children and was only able to speak with one.

Tabloid headline: The National Enquirer’s owners have been in talks to sell the tabloid to Ronald W. Burkle, “a supermarket magnate with ties to President Bill Clinton,” The New York Times writes. Catch up on that and other publishing news (including a look at a very odd email blast from The Onion) in the Ad Age Publisher’s Brief, courtesy of Simon Dumenco.

IPO alert: Uber released its filing for an initial public offering, and the “prospectus renewed questions about how sustainable Uber’s business actually is,” The New York Times reports. “The company said in the filing that it lost $1.8 billion in 2018, excluding certain transactions, on revenue of $11.3 billion.”

Breakup ahead?: “J. Crew Group is considering an initial public offering for Madewell, its fast-growing sister brand,” The Business of Fashion writes.

Ad of the day: It’s still ski season, and Colorado’s Copper Mountain has a promo for skiers who want to play hooky from work. Ad Age’s Alexandra Jardine writes: ”It's handing out packs of ‘Keep Your Job Concealer,’ makeup designed to hide your goggle marks from your boss so you can pretend you haven't been skiing.” Check it out here.